A Parenting Style that does More Harm than Good (& What to do Instead). 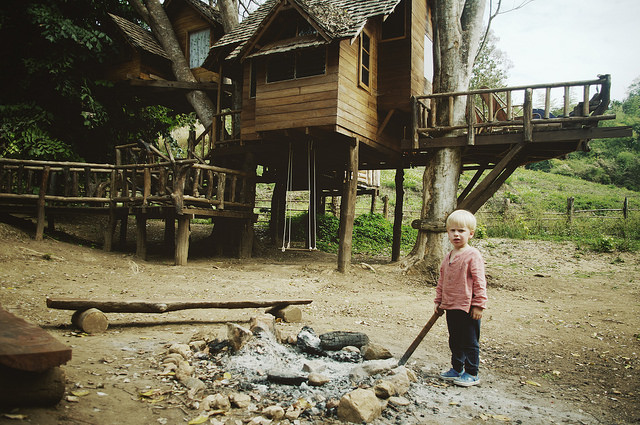 I had always been big on routine, structure, and rules in my household.

As my children grew, activities would change, but routine and structure always remained. I never really reflected on the routine we were in—whether it was working or not—or how it impacted my relationship with my children. Routine and structure were all I knew, and it was how everyone around me was raising their kids.

When I became a single mom to two kids, however, my routine and structure went out the window.

I was in no position—physically or emotionally—to keep up with the routines I had established and was now “winging it,” day by day. I no longer cooked meals each day, and when I did, it was definitely not “on time.” Activities were reduced, as I simply couldn’t keep up with it all, and our bedtime routine went out the window. Now, I had two kids sharing my bed with me. There was no daily routine and no two days were the same. It seemed like chaos at first and felt like I was losing control.

But, as each day passed, I would let go, and let things be.

I stopped worrying about routine, what the kids were eating, whether they had good grades or not, and whether their day was properly balanced with appropriate activities. Not worrying did not mean that I didn’t care about them, but my caring now came from a place of love.

Not worrying allowed me to let go, be myself, and connect with my children. Dinners started to become more spontaneous and fun. Bedtime was no longer about hurrying my children to sleep at the exact time each day, and instead, we often cuddled and laughed ourselves to sleep. When I let go of all the things I was “supposed” to do as a parent and just lived as a parent, my perspective, relationship, and connection with them changed.

Letting go of control and worry has allowed me to connect with my children on a different level and better guide them in becoming the best version of themselves.

Through this process of letting go, I started to see my kids as individuals—not as my children or as the people I wanted them to be—but as their own unique beings. I realized that up until now, I had been parenting based more on my needs rather than theirs. By letting go, my parenting style shifted so that it was coming from a place of love as opposed to fear, worry, and control.

Here are some lessons I learnt along the way:

Recognize children as their own unique individuals:

By letting go of my ideas of what they should be doing and when, I started to see unique qualities in each of my children and began to let them frame their own routine around who they were. They still have responsibilities and things to get done, but they decide how and when to do them based on their individual needs.

Help children live their dreams and not ours:

We are not here to mold our children into the individuals we want them to be. Rather, we are here to help them become the best version of who they already are, and help them stay true to that person. It’s not about being at the top of your class, the best at sports, or the most well-rounded. As parents, we are often caught up in the competition and in being “the best.” When we start to pile our own hopes and dreams on them, we lose a part of them because we don’t see who they are; all we see is who we want them to be.

Teach through love instead of fear and control:

I no longer discipline my children in the traditional sense, as it never felt right to me, not once. When my son would do something wrong, I used to get frustrated with him and negative energy would feed back and forth between us. I wanted to stop that cycle, so I changed my approach.

Every time he would do something wrong or have a fit, I decided to remain calm and hug him. The first couple of times, he resisted my affection, but after a while, he would melt in my hands and his anger would dissipate. Our energy changed and then I was able to easily communicate with him about how we could do this better.

I have found this works in all situations, including dealing with bad grades or when he gets in trouble at school. Because I remain calm and come from a place of love, my kids aren’t afraid to tell me that they got a bad grade, did something wrong, or need help.

Grow and learn with them:

Like with anything in life, we need to flow, change, and adapt with what is going on around us, and this includes changing with our children as well. We have just as much to learn from our children as they do from us—but that learning will only take place if we are open to it and let go of our set ideas of how to raise them and who we want them to be.

When I allowed my children to be who they were, their creativity started to shine. My son is a creative soul. He thrives on building things in our house, which often involves moving furniture, taking out materials, and basically creating what I would initially perceive as a mess. I realized when I was stopping him from doing this, I was stifling his creativity, which was causing him to feel angry and irritated. When I started to adapt to him and let him express himself the way he wanted to, even if it wasn’t something I would do, his personality and demeanor changed.

Changing my parenting style has allowed me to connect with my children and build a level of trust that was never there before.

This has allowed me to foster their uniqueness and better guide them in becoming the best versions of themselves. And with my parenting style reflecting the kind of practices I want to instill in them, they have grown and learnt as well—to come from a place of love instead of anger when solving problems and dealing with conflict and stress; to be adaptable and respect other people’s differences; and most importantly, to be more mindful of their decisions, actions, and consequences because they are allowed to be and to express themselves.
~ 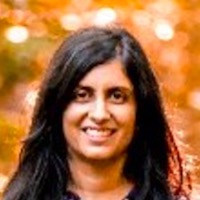