Five Steps to Win against Depression. 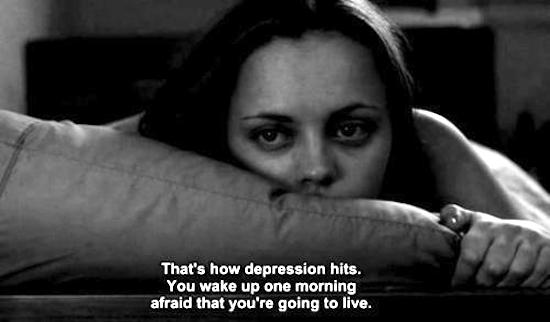 One of history’s most notable psychologists, Viktor Frankl, stated in his seminal work Man’s Search for Meaning (and I paraphrase) that not knowing how long we will have to suffer, rather than the suffering itself, is what truly crushes the human spirit. It destroys hope and, in some cases, the will to carry on.

Frankl further elaborates that if we did indeed know the time frame for how long an adverse ordeal would last, we would most probably live with more hope until our release date arrived—and do everything we could to hasten its arrival.

Now I, along with many others, do understand that suffering comes in many forms and can influence our lives in a number of ways. But what I find most interesting in Frankl’s book is that he implores us to find meaning in our suffering and to use it to fashion the right attitude, focus, and determination to overcome our current predicament. Delving deeper from the ocean of human adversity, I wish to focus on a type of suffering that is fast becoming the greatest threat to millions of people today—depression.

With its tentacles wrapping themselves around scores of teenagers, young adults, senior citizens, many families, friends, and therapists are facing the mammoth task of trying to free those trapped from the bottom of the dark abyss of doom.

Upon seizing its prey, depression’s poisonous bite manifests what I call “an invisible cancer.” While physically unseen, over time it corrodes a person’s emotional, mental, and spiritual well-being before finally causing physical damage either by self-inflicted harm or by a lack of care.

Worse still, is that depression sadistically makes one feel like they’re dying—and prolongs that feeling. Even more frightening is that just like in the movie “Alien,” depression uses its host to give birth to a vile offspring, which is known as “suicide.”

For its part, suicidal thoughts deceptively try to convince a person that taking their own life and ending it all is the way to gain peace and a total relief from suffering. However, that in itself, is a total lie. How do I know this? Because I nearly became a victim of this emotional disease a few years ago.

At this point, I want to make it clear that I do not claim to be an expert on depression and suicidal tendencies, but having survived my own ordeal and discovering ways to heal myself, I believe that it is my mission in life to help others restore balance to their lives.

Returning to my own journey, while I could fathom a guess that my depression was born somewhere during the course of my childhood, it is not possible for me to say what caused it exactly. So, the question that would naturally arise is: What are the reasons for one to feel depressed? Well, the answer to that could be a number of things, such as a death of a family member or friend, financial ruin, being a victim of a crime, or perhaps a cultural shock when one moves to a new country.

Sometimes it may not be just one thing that causes it, but several incidents over a period of time that lead to a final breakdown. One might assume that those who suffer from depression are emotionally or mentally weak or live in poverty. Perhaps some may be, but not everyone. Whatever the case may be, those who do suffer from depression need to be treated with a lot of love and care.

So here the more important question may be: Can a person win over and eradicate depression completely? Taking inspiration from Frankl’s words, which I first came across in 2003, I sought to find a solution for my own situation and decided to make it a part of my life’s work to uncover how I and others could rid ourselves of this crippling disease. The answer I eventually discovered was not one but several steps that needed to be undertaken in order for me to get strong again (emotionally, mentally, and physically).

Step #1: Having a dialogue: It was not the easiest thing to do, but it began with first reaching out for help—and by that I mean speaking to those few people I trusted and knew would not judge me. Beginning with dialogue, I found that it helped me to unburden my being and shine a light on the inner chasm within myself.

By speaking more about my passions and dreams, and not just my feelings, I was able to strengthen my resolve to move forward. I wish to stress this point because depression deceptively makes one feel that the less they talk about it and wallow in their own pool of toxicity the better it will be for them.

Further still, it makes one feel that somehow suffering alone is a heroic act and that the world is to blame for the pain they are experiencing. Hence, it is important to find people, whether known (family or friends) or unknown (psychologists or counseling groups), who can help.

Step #2: Finding a spiritual rocket: Making a conscious effort to re-engage with the world is what led me to meet a dear friend who helped me find solace in Buddhist philosophy. Whatever a person’s beliefs may be, finding a spiritual path that resonates with them is a key ingredient. It provides a person with a renewed sense of purpose and is able to help them channel their feelings with more ease, where they become more aware of their own thinking and behavior, and are able to correctly understand how they should deal with all of it—and eventually transform it.

Step #3: Knowing your heart: I maintained a journal, which I filled in every week. Whatever thoughts came to me, I wrote them down and read through the list once I was finished. While keeping a journal is an age old tradition for many, in my case I reviewed what I wrote each month to see how much I had progressed and used it as a tool to measure how I felt about my own life and how strong my heart felt. This experience, while painful at the start, proved to be cathartic and helped me to better align my emotional and mental self.

Step #4: Breaking a sweat: Depression saps the energy out of the body and over time makes lethargy common place, both mentally and physically. One has to plunge themselves into building a strict schedule where they can take part in numerous activities ranging from painting, traveling, or working out. I did so, and found that it helped me to focus and drive myself forward.

At times, I could feel the emotional strain where the weight of the tentacles of the beast crushed me further, and I was tempted to give up. But I realized that if I did, I would be breaking my vow to win. It felt punishing, but I struggled on and for that I am glad that I did.

Step #5: Pulling out the roots: The final salve of healing came when my wife introduced me to a dear friend of hers named Karima. She told me that depression is often caused by one’s inability to deal with their own anger. The best way to find that I could attempt to explain this would be like imagining an older generation cell phone battery. If the phone was completely charged but continued to receive power, the excess energy would start breaking the linings of the battery. The phone, over a time of experiencing excess charging, would break down and stop functioning.

In the same way, not dealing with one’s anger would be like letting the unwanted energy (feelings of hostility, thoughts of antagonistic individuals, anger over a loss, and so on) to remain in the emotional and mental system, and over time it would damage the physical shell that contains it. Karima advised me that I pay very close attention to what caused me to feel anger and how the stimuli worked. As I studied my own behavior, I was able to identify the roots of hostility and uproot them once and for all.

The journey may be a long one, and time and patience are absolutely essential, but it is worth it. By employing these methods, I was able to find meaning in my own suffering and use it to help me grow as a person. Ultimately, when one realizes that the tentacles can be unwrapped with no further chance of them coiling around you again, it is then that one can truly taste and know real victory. The key is to forge ahead, and while in my case it took a few years to overcome things, I am confident that with greater dedication to the steps I have listed, someone can overcome their debilitating situation much sooner.

I wish those who read this the very best and want them to know that this war was always winnable, right from the start.