How I Threw out my Family’s Hoarding Habit for Good. 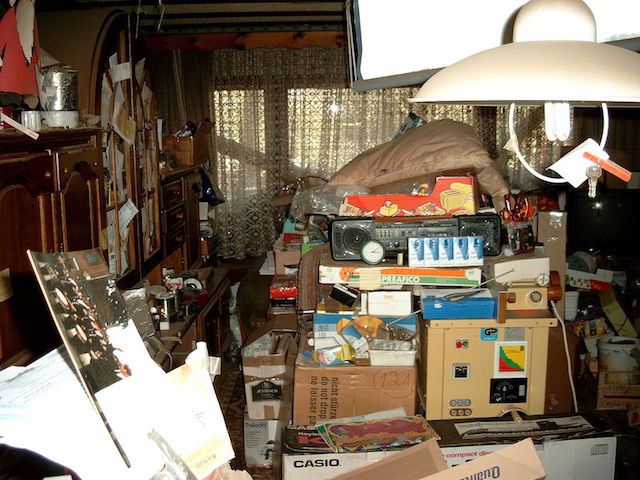 We pulled up to the local dump; the line was long and it was a gorgeous sunny Sunday.

The big truck was almost more than I could handle. I was afraid I wouldn’t maneuver it properly, dumping the load or hitting the tight wall. I was worried I might put my daughter and myself in danger.

It couldn’t have been further from the truth.

The man who greeted us made it seem like we had arrived at his personal dinner party. He gently answered my questions, evaluated our junk, and kindly gave us a bargain price for the “therapy” I was about to receive.

I unloaded many lives that day. I finally had found my way through all of the junk that had been collecting in my life. It has been a challenging and painful process that I still cannot believe happened so quickly.

I am certain it was because throwing out someone else’s stuff is uncomfortable. It’s complicated to throw away things that aren’t ours. It is even more complex when it’s your mother’s, and she is still very much alive. I believe it would have been different had I been discarding her things after she passed away.

I felt guilty about the extreme waste. I didn’t like that I was feeding the landfill with more paper, clothing, frames, fabric, books, and perfectly good furniture in a world filled with people who don’t have the basics. People who lack the essentials they need while I was adding to the piles of abandoned stuff.

I was confronting the harsh reality that my mother was a hoarder. The hoarding had to stop because my mom was downsizing and moving. Her nest had to change, due to real estate and financial circumstances. And now it was my decision what to toss and what not to. I was deciding what was important and what was not.

I wrestled with the profound arbitrariness of what to throw away and what to keep. I was tossing out her copied recipes, fabric, books, furniture, and so many damn three-ring binders I could scream. One person’s junk is perhaps not another person’s treasure.

And so, on a seemingly inconsequential Sunday, my “therapy” had begun.

I was dumping years of junk: My junk, my mom’s junk, my kid’s junk, and my neighbor’s junk. All thrown out and gone. How had it started? Why all the stuff? Collecting is a part of my family history. My mother’s brother was a cool character—a well known music producer. We respected his privacy and knew that no one ever went inside his house. When he died, we discovered what he was hiding. His hoarding had become unmanageable and unhealthy. Just like his sister, (my mother) they kept people away from their secret existence. Unlike my mom, he never pushed away relationships. He didn’t leave people he loved behind. He continued to value his connection with others, even though he refused to let them in his home.

On the other side, my father is a third-generation “scrap dealer.” He always said “junk” is a four letter word, but “scrap” isn’t. He maintained a scrap yard in Salt Lake City, starting when he was 11 years old until he was about 70. His grandfather gave it to his father, and then he took over. He loved tearing down buildings, weighing in the reusable metals, and finding treasures hidden in plain scrap.

Sadly, on my mom’s side, I was facing a true hoarding disorder—more junk than scrap. I had respected my mother’s privacy for two years and never visited her house. She visited ours quite often. I didn’t realize how much her collection of stuff had become this unmanageable.

Hoarding is so complicated. I have always called her a “creative hoarder”—someone who builds a nest out of the things she used. Using “creative hoarder” was perhaps my way of softening the reality of what she became. My mother suffers from a complicated disorder with anxiety and depression underlying it.

When it came time to move her, I discovered the complexity of her “secret.” I retreated to the bathroom and cried. The resilient side of me knew I had limited time to ponder and feel all of the emotions washing over me. I had seven workers waiting for my directions. It was time to act, so into full-blown action we went. We had to sort through, save, discard, or give away, many, many items. Floor to ceiling boxes and rooms that had no light coming through stood before me.

Back at the dump, discarding mounds of junk, I threw a large pane of glass onto the pile of stuff and realized, with the shattering of this piece of glass, that I was shattering ancestral junk—stagnate junk that I had been responsible for, literally and figuratively. I had been storing that which was not mine.

My 13-year-old always coaches me to get rid of as much junk as possible, as she likes life to be light on “stuff,” thought I still I love nesting in the thing I use or will use one day. I looked over and there she was, holding our old hula-hoop in her hand ready to toss it onto the junk pile.

I was not willing to part with it. That had always been our code word when we needed someone to stay out of our business. We say, “Stay in your hula hoop.” On this day, I realized I was somehow out of my hula-hoop, and it was both right and wrong. Round and round my emotions went on this fateful day.

I stopped unpacking and stepped into the tattered purple hula-hoop that lay on the ground. I raised it to my hips and attempted to move my hips into a dance. My daughter grabbed it next, stepped into the purple ring, and off she went. Happily spinning it, celebrating the purge, and comfortably letting go.

She stayed in her “hula hoop.” I can now see she is on her way to keeping this beautiful form throughout her lifetime, how traditions change, and just how much we can learn from it.
~
~
~ 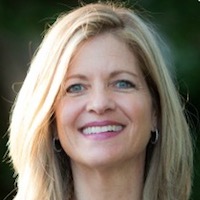