How to be a non-Evil Stepmother. 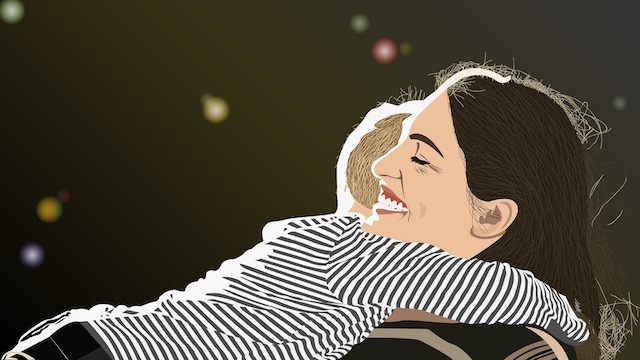 My husband Brad released a defeated sigh. “Because Beau wants you to be there.”

“Are you sure?” I pressed. “Are you sure he didn’t just feel like that’s what he had to say?”

Brad nodded. “I’m sure. I asked him, and he looked at me like he was confused and said, ‘Why wouldn’t she go?'”

It was my 13-year-old stepson’s final cotillion for the year—the spring formal. Girls wore white dresses, boys wore coats and ties. Parents were invited to come for the last hour to see what they had learned and to dance with their kids.

I’ve always dreaded things like this: awards ceremonies, sports banquets, and so on.

Why am I going? Am I just trying to prove a point? Beau wants me there (and says so repeatedly), but does it end up being harder for him when I go? Am I getting in his mom’s way?

The whole thing is a tricky dance, and the role of “stepmother” is so blurry and undefined.

Being a stepmom is not something you dream about as child. When people find out you are having a kid, people ask you how you’re feeling or offer to throw you a shower. Even adoptive parents are hailed as heroes and enthusiastically celebrated and supported by friends.

Not so for stepmoms.

Stepmoms tend to be quieter about their stories, because they can make people uncomfortable.

When you become a mother under “normal” circumstances, it’s a good thing and it comes out of something good—love, a marriage, a covenant to be together forever. And life grows out of that love.

But when you become a stepmom, it comes out of brokenness. Yes, there’s love in the new marriage. But that love followed a death—sometimes, an actual death; sometimes, the death of forever, the forever that is no more.

And there is no stepmother instinct. It is all trial and error, stops and starts, collisions, unexpected connection sometimes immediately followed by confusion, detachment, and ambiguity. Instead of the “just knowing” of motherhood, you become a constant student of your stepkids, frantically making mental notes to make up for lost time.

But by heaven, if Beau wanted me there, I’d be there. And he knew that.

He and I shared a special bond from the moment we met when he was nine years old. Our similar personalities and an immediate level of safety and comfort made it feel like we had known each other for years.

He became the son I never had, but had always wanted.

So I went. Put on my Sunday dress and went. For Beau. So he would know that I loved him and supported his activities and was genuinely involved in his life.

Brad and I walked into the ballroom and it smelled like sweaty, teenage hormones. We found and table and discreetly watched him do his thing, exchanging some quick smiles across the room.

I made mental notes of the girls he asked to dance, the girls who asked him to dance, inappropriate dress lengths, and the overdramatic instructor. Beau’s mom showed up, and we stayed on our respective sides of the room.

It came time for parents to dance with their kids. I watched Beau confidently and carefully move his mom around the dance floor, wondering again what I was doing there but, at the same time, so thankful to get to watch him do his thing. It was a special time for them, as it should have been. They have a good relationship, and I was thankful for that.

The song ended and another began. Beau walked his mom to her seat then headed toward our table, I thought to come say hi. A second later he was standing behind my chair, sweaty hair, and a big grin full of braces.

He held out his arm to me and said something that will be burned into my memory forever:

“May I have this dance?”

Well, my heart nearly exploded. Tears sprang to my eyes and I stifled them as quickly as I could (knowing I would totally ruin the moment if I cried in front of his friends), stood up, took his arm and followed him onto the dance floor, in complete shock.

I whispered, “I don’t remember how to fox trot.”

He gave me a reassuring smile. “Don’t worry. I’ll lead.”

And we danced. He was not embarrassed or awkward. I told him how handsome he looked (which he already knew). He told me I looked pretty. We talked about girls. He asked if I wanted to try a turn, which we did, which I messed up—and we laughed.

Moms get those moments. Moms work hard for those moments, deserve those moments, earn those moments. As a stepmom, I was just thankful that my presence was wanted. I never expected equal treatment, nor should I have. My stepkids have always loved me, haven’t resented me, and have liked having me around.

That’s truly more than most stepmoms get in a lifetime.

Being a stepmom (and just being alive, now that I think about it) means having no idea what we’re doing, but committing to do it anyway. There is no formula, no manual. We just go in with our whole hearts, expecting—but not afraid of—the inevitable wounds, giving it everything we’ve got.

And so I signed up for the dance: the lifelong dance of stepmothering. Forward, back. Left, right. (Oops. Sorry about that. You okay?) Faster, slower. In, out. Hold on, let go. Do the Hokey Pokey and turn yourself around. That’s what it’s all about.

Over all the years since I married their dad, I have been given a handful of golden moments that I feel like I stole from the status quo of blended families.

And that night was one of those. And I couldn’t be more grateful. 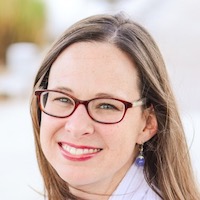