A Letter to the Friend who Got Away. 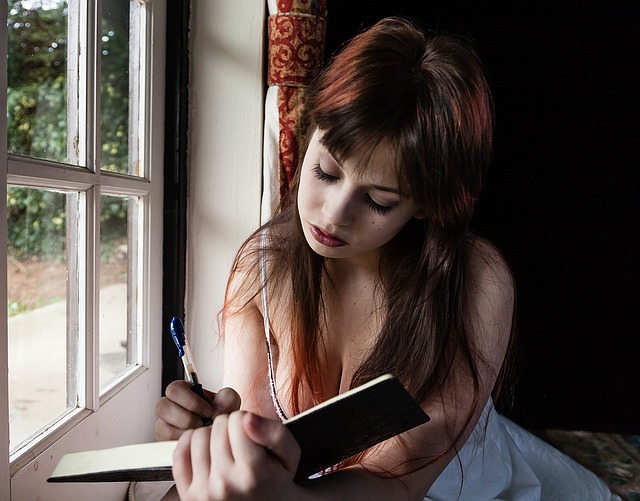 ~
I had an experience recently with a close friend of mine that prompted me to write a letter.

It might be useful to preface this by explaining some things before I show the actual letter to give it a bit of context.

I’ve been dealing with a rare and debilitating chronic illness for the past few years—a set of chronic illnesses to be more exact. It has been horrifying for the most part, with glimpses of cathartic release here and there. I wouldn’t wish it upon my worst enemy. I don’t know that anyone is truly deserving of this kind of hell, from the severity of the symptoms to the extreme isolation of being a physically impaired young man.

I don’t want to dwell on this too much, because it isn’t as integral to the story as other things, but that’s the gist of it. It’s been hard.

Anyways, I met this person a few years ago, and something almost immediately struck me about them. It didn’t take long to realize that this was going to be a special person to me, though I didn’t know in what way.

We spent some time together, and then more, and even more as time went on. Something was happening here. What seemed at one point to be an underlying sentiment rather quickly calcified into something entirely real, a true and profound connection at the level of spirit.

The child in her spoke to the child in me. We were star children. Whenever we were together, it felt like something important was unfolding. A kind of mystical undertone came to be more and more pervasive through our interactions. It felt good. It felt really good.

I had never experienced anything like this, and the fact that it happened to me in the midst of my illness somehow made it feel even more special.

Things intensified between us to the point where we were seeing each other almost every day. Whether to talk, stroll, make love, or just sit together silently, it didn’t matter. Every moment was fresh and new, and it seemed like it would just keep growing into something even more beautiful.

But this didn’t last.

Things moved along. She was in school, and I was at home. Our communications became gradually more fleeting, and even on her time off it seemed as though our friendship was becoming less visceral and intuitive. We were becoming estranged, and I had no idea why that was. It seemed as though it was her doing, as she moved into adulthood and was thinking more about herself as an individual, and because of this I acted out in subtle ways.

We grew further and further apart, perhaps almost as quickly as we grew together, and this has recently culminated in becoming virtually alien to each other. She has been home for a number of months now, and I’ve heard nothing from her.

We were going to get together at one point, but she declined last minute, which prompted me to write her this letter (an email actually, but “letter” sounds more romantic) to get my feelings out there and clarify what this means to me. Here it goes:

I Hope I’m not out of line here, but I need to tell you that I value you as a human being so profoundly, and I truly care for you in a way that I don’t think I’ve ever cared for anyone.

That being said, I have zero expectations in terms of our friendship, and in no way will ever attempt to impose upon your personal autonomy and selfhood. It means more to me than I think you’ll ever understand that I have some small semblance of a place in your mind and heart, no matter how limited that place may be.

I know I’m a bit rough around the edges, and have expressed things to you over the course of our friendship that are dark and entirely unfair to you. It’s not like I don’t know that. I understand that you have your own pain, desires, and dreams, and I would never ever disparage or disrespect your experience in that sense. If I ever have, then I truly don’t know what to say because I couldn’t possibly be any more sorry, I really couldn’t.

I imagine I’m not particularly easy to spend time with, and completely understand you asserting your own path and trajectory in life that diverges from my own. I am alienated from people, and will likely remain as such for some time to come. I will never express to you any unneeded negativity, at least not anymore. If you feel at some point over the summer that you wish to see me, I would be a happy man, but otherwise I will not contact you.

I might be totally crazy, completely misreading everything, and just entirely disconnected from any kind of reality—in fact you’re probably reading this like, “Huh, what, excuse me, sir?” I just want to get my feelings out there so that I don’t regret it later on, because if you were absent from my life completely I would be deeply wounded.

You don’t need to respond to this, just let it simmer. Even if I never saw you again for the rest of my life I would never stop supporting and caring for you in whatever way I am capable of. I hope this is seen and felt.

If there is any purpose to this little tale, some valuable notion to be condensed and implemented out of this, it would be along the lines of being honest with the people that we love, and not letting circumstances get in the way of what might well be a lifelong connection. That being said, some people are just on different paths, and it is important that we accept this wholeheartedly and not let ourselves digress into states of bitterness and resentment.

We can’t control other people, nor should we ever attempt to, really. Let’s be the best people we can possibly be, rather than try to moderate other people’s behavior, and then see what happens from there.

The truth is, I am still grappling with a lot of this, and I hope I reach some level of serenity and inner peace about it as I continue to “assert my own path” and inquire into my own nature. In a sense, I’m learning from her—garnering from the wisdom that she seems to embody.

If I could talk to her now, or some day down the road, I’d just express my gratitude for everything that has happened between us. I wouldn’t take it back. I wouldn’t take any of it back. When I die, I want to be able to say that I couldn’t have possibly lived or loved any more, and this experience with my lost friend is vital to that sentiment.