The Science Behind the Joy of Giving. 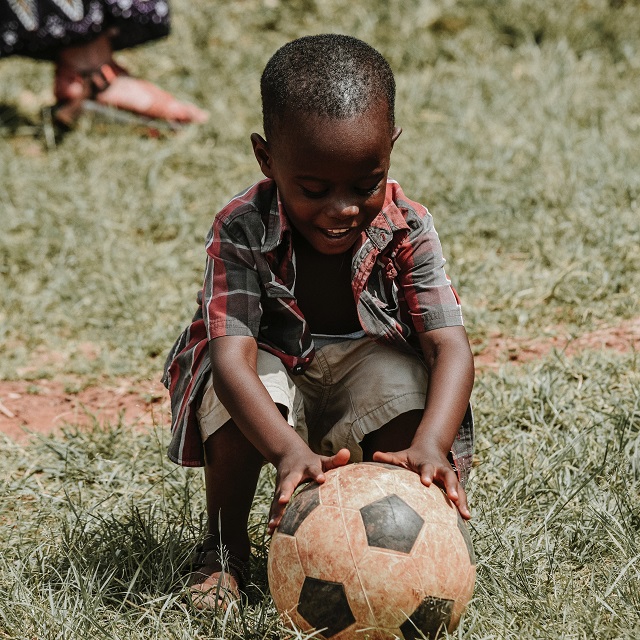 “The sole meaning of life is to serve humanity.” ~ Leo Tolstoy

Almost seven years ago, deep in a funk and feeling confused, I found myself listening to a young man speak about how the trajectory of his life changed when he went to India.

He told us a story about a young boy begging on the streets of India, and how the boy asked him for a pencil. In that moment, Adam Braun had his inspired idea to set up his foundation, Pencils of Promise.

He started by asking his friends to give him cash, instead of the usual gifts for birthdays and Christmases, so that he could build a small fund to help educate poor children in developing countries. Just a few years later, in 2008, he was able to set up the Pencils of Promise Foundation and quit his high-flying finance job to focus his time and energies on realizing his dream.

In December of 2016, the foundation had built 380 schools to serve over 35,000 children in several developing countries, including my home of Ghana.

During Braun’s talk, I got inexplicably emotional and started crying. I understood on a visceral level that giving back—helping our fellow human beings—isn’t something we can do, but something we must do. At that point in my life, I was focused on self-growth, trying to bring out the best version of myself, but I hadn’t given much thought to giving back.

At the time, I was coaching a football team made up of both rich, expatriate children and local children from impoverished backgrounds. I helped the children in small ways, such as providing soccer shoes and apparel, and taking them out for meals or special events, like when an Italian circus came to town. However, it wasn’t structured, consistent, or enough.

Inspired by Adam Braun, I set up my own foundation, Born To Be Free, to take care of those same children (aged 12-18) and some others, totaling 50 boys. The foundation set up a small soccer academy to coach them to play at a higher level and try to fulfill their dreams of becoming professional athletes. It also paid their school fees and made sure they went to class.

The foundation has since faced many challenges, not least of which was keeping the soccer academy under control, and realizing it was impossible for an NGO to help them become professionals.

Even with the challenges I faced, however, the feeling I had when I was involved in giving back to those children is beyond expression. Their stories were heartbreaking; relating to them kept me grounded and human. This is not some egoistic feeling that “I’m all powerful, and I can change lives,” but rather a humble awareness that I’m giving them options that poverty had taken from them. I’m providing them with the most valuable commodity of life—hope.

Through their plight, I started to understand what compassion meant. I put myself in the shoes of others for the first time in my life. I had always been so self-involved that it was difficult for me to fathom other people’s actions and accept them for who they were. However, my experience with those boys gave me a new perspective. I now see people in a different light.

There is magic, power, and meaning to be gained by giving. In addition, a host of scientific studies confirms that we should give:

1. We are hardwired to give. In a 2006 scientific study, Moll and Grafman, neuroscientists at the National Institute of Health, used FMRI to scan volunteers’ brains. During the scan, they were to think of either giving to a charity or keeping the money for themselves. There was found to be much more activity in the midbrain region when the volunteers thought about giving their money away. This same part of the brain is responsible for our cravings (food and sex) and pleasure rewards, thus demonstrating the link between giving and pleasure.

2. We become happier when we give. Elizabeth Dunn and fellow researcher Michael Norton, in their study (and later book) Happy Money: The Science of Smarter Spending, studied the link between wealth and happiness. They discovered that money could in fact buy us happiness—if we spend it the right way. One of those right ways was spending on others; when we do so, we become happier and more content.

3. Helping others is cathartic. Giving to another not only helps the recipient, but also heals whatever we have missing inside of us. Stephen G. Post, author of The Hidden Gifts of Helping: How the Power of Giving, Compassion, and Hope Can Get us Through Hard Times, says:

“As the saying goes, ‘If you help someone up the hill, you get closer yourself.’ Whether the group is focused on weight loss, smoking cessation, substance abuse, alcoholism, mental illness and recovery, or countless other needs, a defining feature of the group is that people are deeply engaged in helping one another, and are in part motivated by an explicit interest in their own healing.”

4. We are all interconnected. The Quantum Physics principle of Entanglement states that everything—humans, stars, galaxies—is connected to an invisible energy in a place beyond space and time. When we give to others, we bring them closer to us, and we also feel connected to them. “Being kind and generous leads you to perceive others more positively and more charitably,” writes Lyubomirsky in her book, The How of Happiness. “[This] fosters a heightened sense of interdependence and cooperation in your social community.”

Furthermore, when we give, we not only help the next person, but we also cause a ripple effect of generosity throughout our community. Giving is contagious.

5. Giving reduces stress. When we give, we boost our self-esteem and feel good, because we are doing something for someone that they couldn’t do for themselves. This in turn releases endorphins, which then improves our nervous and immune systems.

A 2006 study by Rachel Piferi of Johns Hopkins University and Kathleen Lawler of the University of Tennessee found that people who provided social support to others had lower blood pressure than participants who didn’t, suggesting a direct physiological benefit to those who give of themselves.

“The best way to find yourself is to lose yourself in the service of others.” ~  Mahatma Gandhi

Science confirms what we have probably experienced many times in our lives. It’s simple. When we give, we are happier and more content. Giving doesn’t have to be some complicated endeavor, and it doesn’t need to involve huge sums of money. Rather, it can include a wide variety of actions, ranging from donating socks to the homeless, to giving a big tip to the hotel maid, to picking up someone who falls while riding a bike. (I recently witnessed someone fall while on the bus, and many people just walked by him as if he wasn’t there.)

When we give, we realise the power we have within us—the power to make others feel better about themselves and their lives. The bonus, as proven by science, is that we feel better too.

Let’s go out and give today, no matter how small it is, and to whomever needs it. Just give.