When our Intuition & Heart Part Ways. 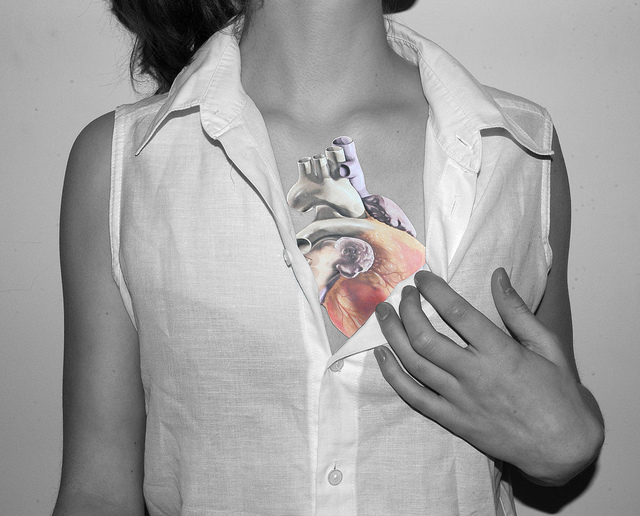 “May I find strength to let go when I have
Nothing lined up to take its place.
May I find the courage to listen, especially
When I don’t like what I hear.
And when I pretend I can’t hear you, please
Speak up louder than before…
For that Is when I need you most.”
~ Rebecca Campbell

It was 143 days after my most painful breakup when I gave my intuition her voice back and listened to what I was running away from.

I was reading Rebecca Campbell’s Light Is The New Black while heading to a waterfall.

At some point in the book, we’re encouraged to ask our inner guru, our intuition, to shed some light on our current situation.

So there I was, hands in my heart center, breathing deeply, asking myself, “What am I missing here? What am I still failing to learn?”

See, since my “‘significant other” left, I was allegedly dealing well with my grief, allowing myself to feel it all, deepening my meditation practice, and giving myself the time and space to dive inward. Although, I was doing a “good job” and had learned a lot, I just couldn’t let go of him. Something was missing and I kept coming back to the questions above.

This time, though, I was connecting to my intuition, my source, and accepting whatever she had to say. It is not easy, especially if the answer goes against our hearts’ wishes.

I decided then to let go of the immediate answer and just enjoy the nature around me, being in the present moment. I knew from experience that our answers arrive, when we don’t force them. So on my way back, the answer surfaced. The one I didn’t want to hear:

“It’s time. It’s time to let go of him, especially of the idea of what we could’ve been and idealizing what we once were. He is not your path now.”

The idea of giving up can be really hard. It feels like we’re abandoning the person, even though sometimes we were the ones abandoned long before. Sometimes we just need to know that we’ve tried everything, to feel like we aren’t quitters, and that no one is a lost cause. I meditate on non-attachment and impermanence a lot, but letting go doesn’t come easily to me.

During my healing process, people tried to talk to me. They said that it was enough, that I had to move on.

However, the only voice I accepted to listen to, was mine. Sometimes I hated it. But I wanted to respect my voice and connect to my inner wisdom, and I knew I should listen to whatever it said. Our voices don’t exist to please, but to guide us.

Humans can be stubborn, controlling creatures. There’s a huge chance of us getting the answer wrong by overthinking and molding it instead of giving it the space to manifest.

When we force an answer, especially the one we want to hear, we look for evidence to comfort ourselves that it’s our intuition speaking, when often it’s just our ego-generated, overthought, hasted answer. Sometimes, our intuition is holding neon signs but we refuse to see it.

I protected myself behind the idea that being with him was “intuition supported” in the first place. And first it was—there was a time when my inner wisdom and heart were in sync. I took risks because my intuition backed me up.

Our intuition can’t and won’t point in the same direction every time. We can’t listen to it once and think our job’s done. We have to listen to the voice whenever she wants to speak.

Conscious mind often can’t make sense because it’s too limited to have a wider perspective until we can see it through the lens of hindsight and realize everything happened as it was supposed to happen—as painful as it was.

Eventually, I had to surrender and loosen my grip. I had to understand that it was my ego that etched his name onto the void inside of all the feelings I missed. I found out that longing for him meant that I was longing for myself.

If I was still referring back to an external source when I thought about love, I was lacking self-love. And if I was still holding on to what I wanted to hear, I wouldn’t be able to see that.

Had I been with him, I wouldn’t have gone to another city after my Ayurveda course, and I surely wouldn’t have realized that my self-love was still not enough, nor would I be here writing this now.

Listening to what we want to hear won’t ever put us in a path like this. Comfort can offer us many things, but hardly ever awakening.

Sometimes, our hearts and our intuitions will be perfectly in sync—sometimes they won’t.

Everything changes, sometimes too fast. Nothing is ever final—and because of that, I know that one day he may be my path again, but not in the present state. We still have things to go after and our intuitions will lead the way.

By just letting go of what we want to hear, and listening to what’s being said, instead of throwing our questions out there to the universe and giving them time to arise organically instead of forcing them, we give our intuition space to manifest the way it has to.

And then, we just listen. 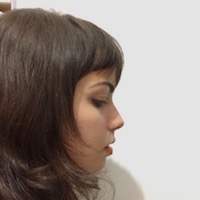