Who’s really Responsible for the Rise of Donald Trump? 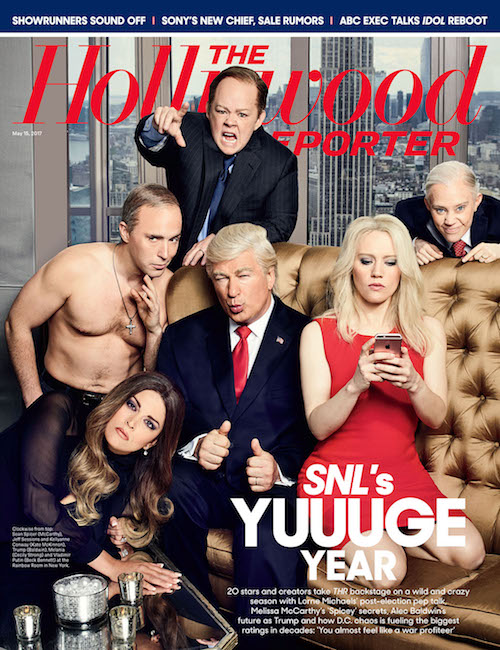 “We shouted out, ‘Who killed democracy?’ when after all, it was you and me.” ~ The Rolling Stones, “Sympathy for the Devil” (slightly revised)

I believe we, the citizens of these United States, have been asleep for the past few decades.

We began to pay more attention to our TV shows, our favorite celebrities, our sports teams, our fancy cars, our iPhones than we did to our communities and the fabric of our nation.

Most of us demonstrated little concern as powerful corporations and the financial elite bought greater and greater influence in Washington, D.C. and our state capitals. Most of us failed to protest when career politicians of both major political parties began to shamelessly serve the needs of wealthy campaign donors and lobbyists rather than those who elected them.

We sat by complacently as income inequality grew so great that, in 2014, members of the bottom 90 percent in this country earned $33,000 per year, while those in the top one percent raked in $1,260,000. We sat on our hands, while, in the midst of great wealth, more than 20 percent of the nation’s children lived in poverty.

In a foreshadowing of things to come, we paid more attention to “The Apprentice” than a two-tiered justice system that insured justice would, to a great extent, evade the working class and people of color, while the wealthy would frequently escape punishment for their misdeeds through the efforts of high-paid attorneys.

There was hardly a whimper when our civil liberties were curtailed out of rampant fear of terrorism, an apprehension stoked by opportunistic politicians and the mainstream media. We were, for the most part, silent as our young men and women were sent off to senseless wars, then were essentially forgotten when (if) they returned home.

Only a few protested the Band-Aid solutions to climate change—an existential threat to the entire human race—that politicians proposed, solutions that did little to effectively address the issue. All the while, racism, sexism, homophobia, anti-Semitism, xenophobia, and other human rights issues went unacknowledged and, thus, largely unaddressed.

As our nation gradually devolved from democratic republic to oligarchy, we the people of this nation received many wake-up calls along the way:

A growing number of bankruptcies by men and women overwhelmed by their hospital bills.

Children murdered in their classrooms.

The deaths and injuries from the never-ending war in the Middle East.

A bloated military budget larger than that of the next seven nations combined.

The increasing number of deaths of despair.

One in nine of the country’s bridges rated as structurally deficient.

An infant mortality rate higher than 27 other wealthy countries.

But most of us ignored these harbingers, even as they became louder and more frequent.

Consequently, we now get to deal with an enormous wake-up call to our nation—an ineffective, dishonest, immoral, narcissistic carnival barker of a president who represents the worst impulses of the American people, a man who tells a radio shock jock that it’s okay to refer to his daughter as a “piece of ass,” a man who mocks the disabled, who asserts that our military men and women do not fight to win, who demonizes people of color, who promotes fear and divisiveness to his own ends, and who is interested in fulfilling his wants and needs regardless of the cost to our country.

There has been much discussion about who’s to blame for the election of Donald Trump—people who voted third party, those who refused to vote at all, the DNC’s clumsy maneuvers to fix the Democratic primaries, the Clinton campaign’s shortcomings, the Republicans’ unwillingness to halt Trump, the media’s free publicity for his campaign, a frustrated white working class, the FBI’s last minute tactics, Russians interference in the election, and on and on.

But, if you want to find the person who’s actually culpable, merely take a look in the mirror.

Donald Trump is the natural consequence of our own indolence and apathy. And this time, the wake-up call is so immense, so threatening, that it cannot be ignored.

Counterintuitive as it may seem, however, Trump’s election may, in fact, serve the greater purpose of those of us who desire a more compassionate, just, and sustainable society. For it is clear that, since his election, we the people have been awakened.

Millions across the nation marched in the Women’s March, the Tax Day March, the March for Science, the People’s Climate March, and others. Elected representatives are receiving phone calls and post cards from constituents at a rate never seen before. Hundreds of thousands of citizens have turned out at town halls and rallies. Democratic Party precinct meetings in many states have overflowed with participants who have never been politically active before.

“Our Revolution,” “Indivisible,” “The Resistance School,” and others are supporting thousands upon thousands of concerned citizens to move into action.

A powerful cultural shift is afoot, though you’ll likely not see it reported on CNN or in The New York Times. And Trump and his supporters do us a great service in supporting this shift, insofar as outrage leads to action.

For now, our national disgraces are brought into full focus. Now we have the opportunity to clearly perceive these injustices, and then channel the frustration, anger, and despair that many of us are feeling toward reconciliation, equality, justice, and the acknowledgment that there is much more that connects us than separates us. 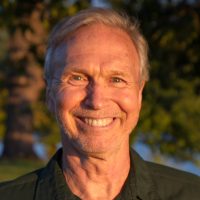 A veteran of several political campaigns (including Obama’s 2008 presidential race), I have contributed to The Washington Post, The Huffington Post, Elephant Journal, a… Read full bio