Why “No One Else Can Hurt Us; We Only Hurt Ourselves” is Bullsh*t. 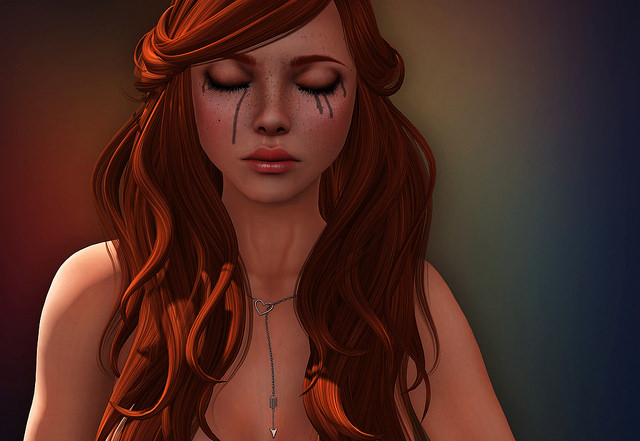 The reason I introduced this article with rather a strong and fierce title is mostly because this subject is something I feel really passionate about, and I believe this belief can be extremely harmful.

I will begin by saying this: Do you truly believe that you can say whatever you want to anyone you want, without using any tact and compassion, particularly when you know that what you are saying is tremendously insensitive?

If you do think that, do you genuinely expect that your words and the tone of voice will not evoke some kind of emotional response within that other person?

An extreme example: Would you walk into someone’s funeral and loudly, and without care (because everyone is responsible for their own emotional reaction, apparently), talk about the worst things you can think about the person who has passed away in front of all of their grieving family members and friends?

If you did do that and people (obviously) felt upset, would you then attempt to explain to people how their reaction is their own responsibility and absolutely nothing to do with anything you have said or done?

Or would you, with malevolence and without care, say things (that really don’t need saying) to your child, your closest friend, your parents, grandparents, or boss, that you know would painfully dig into their most deeply buried insecurities, or result in anger and resentment?

Yet, in the spiritual/coaching world, I’m forever hearing people tell one another that their emotions are their responsibility alone, and that if they feel hurt or angry, their emotional pain or trauma is their own fault and “that no one else can hurt us, we can only hurt ourselves.”

This is something I’ve pondered for quite some time, and I have decided to call major bullsh*t on it.

I came to this conclusion: Yes other people most definitely can hurt one another—emotionally, mentally, and physically.

The scenario: Someone, maybe a family member or close friend, knows something personal about you, and they also know that this particular thing is still an open, emotional wound for you. It is one of your triggers. This person is then highly aware that by saying just a few words, they can cut deeply into that wound and evoke an emotional reaction.

In fact, some people are highly skilled at pushing other people’s buttons, especially those closest to them, and they use it to their advantage to manipulate and control.

Now, I’m not saying that the person who has been affected by the button pusher’s actions is a helpless victim and is bound by law to always react to the hurtful things that other people do or say. But what I am saying is that we are all human beings with a wide range of emotions, and it is unrealistic to expect that we are all so detached from one another that nothing anyone does is capable of affecting us.

Unless we go through life pretty much like robots with walls and heavy armor guarding us at all times, we will all experience some form of pain due to other people’s thoughtless—or well-thought out—comments.

It’s known in science as “cause and effect.”

Someone does something, and the result of their action causes a reaction.

It is naïve to think that we are all at a constant state of zen, whereby nothing and no one can penetrate us.

We are living, breathing, feeling creatures, and we all have emotional wounds that can be torn open at any moment.

I’m not suggesting that we should all shirk responsibility and blame all of our emotional responses on other people.

My point is simply that people can hurt other people. Which is why there is such a thing as “emotional abuse”—it is widely known that emotional abuse can cause just as much damage as physical abuse, with the effects of it lasting for a lifetime.

We haven’t all lived the life of a Buddhist monk in which we get the time, space, and freedom for introspection and personal growth. Besides, the majority of Buddhist monks haven’t lived a similar life to many who exist outside a monastery where many are subjected to an array of encounters resulting in false beliefs, insecurities, rejection, abandonment, neglect, and various forms of abuse.

Not only that, not everyone has the capacity, or has access to knowledge, teaching, and healing modules, that allow them the opportunity to achieve the ability to no longer suffer due to the things other people say and do. Neither is everyone privileged to received ample care and attention so that they can begin to figure ways to rationalize in their own mind that they do not have to allow other people’s behaviors to trigger their emotional wounds.

This concept of “nothing we say or do can hurt anyone else” also offers a narcissistic gate that tells people that they can say and do whatever they want to, with no limit, because if anyone feels hurt by any of it, it is entirely their own fault! In effect, it is passing the blame and shame directly onto the person on the receiving end of words and actions that could be vicious, callous, and cruel.

I do understand that we can arrive at a place where we look at other people’s behaviors as a reflection of their character, and not a direct reflection of who we are, however, this is something that can take a lifetime to master—and even if we focus on doing this, I don’t think it’s a guarantee that it will happen.

We are here on this earth with a wide array of emotions that have developed over millennia, so that we can connect with one another, and to remember that we are all in this together to survive as best we can. There is nothing loving about saying or doing something hurtful and then, when the person’s feelings are hurt, saying it’s their own fault—they gave permission for the pain.

Sometimes it is our ego that is hurt and, sometimes it is our emotions and feelings. The semantics of what hurts and where aren’t isn’t the point I’m making; what does matter is that we don’t intentionally layer more pain on top of existing pain.

And if, intentionally or unintentionally, we do something and someone is hurt, is it really so hard to show compassion and take some responsibility for what we have done? Regardless of whether we think they should be dealing with their own emotions on their own or not?

To summarise, my theory is similar to the popular saying that “an arrow may hurt us on impact but it is up to us whether we leave the arrow in place and allow the pain and injury to develop.” We may instinctively feel initial pain or discomfort due to other people’s behavior, but whether our pain or suffering is prolonged depends upon our willingness and capacity to rationalise.

I stand by this quote:

“When a person tells you that you hurt them, you don’t get to decide that you didn’t.” ~ Louis C.K.