Why Wonder Woman is Important Now More than Ever. 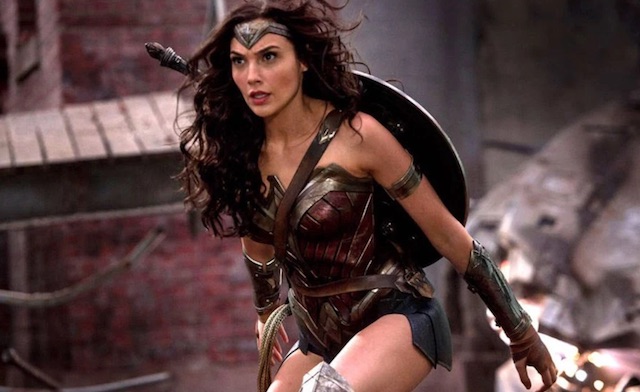 If I had to choose between DC and Marvel, and many geeks do, I would probably choose DC.

Don’t get me wrong, I love Marvel, and one of my favourite superheroes, Nightcrawler of the X-Men, is a Marvel character. But, I’ve always seen DC as just a little bit edgier, a little more willing to take risks, and not to mention, Harley Quinn and everything to do with Batman happen to be my favourite things from any superhero comic.

So, when DC began their own cinematic universe, I was downright dying to see it all come together.

But, if truth be told, their first three movies left me feeling disappointed. I personally considered Man of Steel to be an awful movie with no redeeming qualities. “Batman vs. Superman” was a bit cheesy, but I loved the casting of Ben Affleck as Batman and Jeremy Irons as Alfred. It was not a good movie by any stretch of the imagination. And, although I loved Margot Robbie as Harley Quinn, I had some problems with “Suicide Squad,” mostly because they romanticized the abusive relationship between Harley and the Joker.

So, by the time the release of “Wonder Woman” became close enough to get excited about, I began to doubt that DC could put out a good movie. I wanted to get excited. I really wanted this to be a good movie, because this was just such an important movie.

There have been superhero movies with female leads in the past. In 1984, the world saw the release of “Supergirl.” In 2004, “Catwoman,” and in 2005, an Elektra film was released. But, none of these films were critical successes, and more importantly, they were in the vast minority.

To date, Marvel has released 15 films, and not one of them have a female superhero as their lead. Their first superhero movie starring a female superhero, Captain Marvel, is set to be released in 2019, and it follows 20 films with male leads. Wonder Woman, on the other hand, is DC’s fourth film, following two films with male leads and one film that divides its attention between a male and female lead.

So, why is it that we have received so many films with male superheroes and so few with female? Well, because studios have doubted for years that the typical movie-going audience will be interested in a superhero film starring a woman!

For years, movie studios, including Marvel, have cited the previously mentioned female superhero movie flops as a reason to avoid making any more. So, yeah, it’s a big deal that DC was willing to release a mainstream Wonder Woman film, especially so early in the game.

Not only that, it’s a big deal that they chose a woman, Patty Jenkins, to direct the film, because of the top 250 films released in 2016, only seven percent of those were directed by women.

So, this movie needed to be good. It needed to be, because if it wasn’t, the future of female-led superhero movies was in jeopardy.

So how was it, really?

I am proud to confess that, upon seeing it, not only is it the first legitimately good movie released in DC’s extended universe, but it delivered no disappointments. Truly, it is the sort of movie that future superhero movies will try to emulate, and I couldn’t be happier.

In some ways, “Wonder Woman” captured a side of superhero story lines that I have always loved, and that is the idea that all people, good and bad alike, are worth saving.

Wonder Woman explores the idea of empathy, who deserves it and who doesn’t. A lot of the focus of the film relies on the strength of emotion and of love—two ideals that, interestingly enough, have been labelled feminine and, in many ways, have been excluded from other superhero movies.

I’m not implying that love is completely excluded from other superhero movies. Many of them feature love stories, and although it isn’t part of the Marvel cinematic universe, “The Amazing Spiderman 2” dealt with a superhero’s reaction to the loss of his love.

But, “Wonder Woman” deals with this differently. For Wonder Woman, love is her strength. She quite literally gains strength through her love for her significant other, her love for her friends, and, even more interestingly, her love for humankind en masse, including the villains. In the film, love is her asset, not her weakness—not something that makes her silly and illogical. It makes her walk across a battle field and face fire from enemy troops, and it allows her to win the battle in the end.

It is important that this aspect is available in “Wonder Woman,” because love and emotions have been labelled as “feminine'” for years, and more than that, they have been labelled as inferior. Emotions are seen as illogical, but she makes a case against that. Love is what helps her protect people, defeat her villains, and it makes her amazing.

“Wonder Woman” is a wonderful film, and I cannot recommend it enough. Even though it took a long time for the DC extended universe to put out a great film, I am glad that when they did, it was this one.