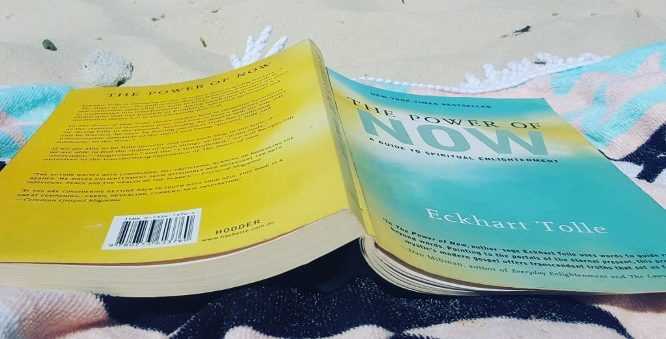 Earlier this year, I attended a talk by a man who I have followed for many years.

A man who has enlightened the world through his books and talks. A man known to the world as a spiritual guru. This man is called Eckhart Tolle, and if you are familiar with his work, then you may have read his first book, The Power of Now.

If you have not heard of Eckhart Tolle, let me introduce you:

Born in Germany, Eckhart Tolle, whose real name is Ulrich, is a man who lived in a state of almost continuous anxiety his whole life. His thoughts were mainly negative, as was his own sense of identity. He worked hard academically and tried to prove his success to the world, but there was always a dark cloud hanging above him.

Then, one night, he had a horrible dream filled with many negative thoughts and emotions. When he awoke, there was a sense of disidentification. He started thinking—if his mind had been dreaming and thinking all those negative thoughts, then who was observing it? He couldn’t be his mind and the observer. That meant there must be two of him. The mind (or the ego) and his own sense of self.

That one thought completely changed his life.

After that night, Eckhart Tolle lived each day in a total state of bliss.

Every single day, for two years, he would sit on a park bench. No phone, no book, just his own presence: totally at peace and in the moment. Eventually, curiosity got the better of people, and they started to ask questions: Why does he come here every day? How is he so peaceful? What is his secret?

His behaviour went viral, and it wasn’t long before a new spiritual leader was born.

In 1997, his first book about enlightenment, The Power of Now, hit the shelves. I first read it in 2008, way before I even knew what enlightenment was. The second time I picked up that book again was in 2016, after I’d faced challenges of my own, disguised as my own awakening.

This time, I could not put it down.

I understood almost every word and would pause between chapters to really let the wisdom sink in.

Eckhart Tolle believes there are two types of people in this world today.

There are the conscious beings—the awakened souls, who are aware of their thoughts and surroundings and less identified with their minds or egos. Then, there are the ones who are not conscious, nor awakened. Eckhart refers to this as unconsciousness. Unconscious people are identified with their thought processes and emotions and tend to come from the egoic mind rather than from the heart.

In Eckhart Tolle’s second book, A New Earth, he talks mostly about an ego-based state of consciousness and how it operates, referring to it as an ID (identification with the ego, or egoic mind). The egoic mind likes to interpret events and experiences as a personal, and likes to judge and criticise ourselves and others. Though we have evolved from prehistoric times when our ancestors were living in caves, our egoic mind still likes to try and keep us safe…just in case that saber tooth tiger is still hiding around the corner.

Busy is just an illusion:

Eckhart Tolle strongly believes that all of life is right now, the present moment. When we start to think about tomorrow, we miss the beauty that is in front of us today. When we think about the next moment, we spoil the one we are in. Our minds are full of clutter every day telling us we have to be busy, that we can’t be present because we have too much to do. This is just an illusion, as time is all we have. It doesn’t take much to stop what you are doing, look up, and appreciate all that is around you.

“In today’s rush, we all think too much, seek too much, want too much, and forget about the joy of just being.” ~ Eckhart Tolle

When we feel pain, it is generally because we have identified with a thought, emotion, or feeling of a past wound. Eckhart Tolle believes the pain body is a negative energy field that occupies our mind and body. He refers to it as the emotional pain body and describes it as a “psychic parasite” that feeds on any experience that relates to its own negative energy, anything that creates further anger, grief, destruction, illness, and even violence.

The only way you can dissolve the pain body is to accept that it is there. Don’t judge yourself out of it; stay present, take deep breaths, and continue to observe what is happening to you.

Do you ever wonder why you feel such enormous love for your pet when you’re around them? This is because an animal does not judge. Just looking at a dog makes its tail wag. It simply thinks life is good. There is no story of why life is good, it just is.

When a dog or cat looks at you, it’s not wondering what kind of person you are; there is no judgement at all. In fact, our pets can teach us many things about staying aware and in the now, which is why Eckhart Tolle strongly believes that pets can help their owners stay in in the present moment.

“It’s so wonderful to watch an animal, because an animal has no opinion about itself.” ~ Eckhart Tolle

Laughter breaks through the ego:

Did you know that laughter breaks the ego? Laughter has been shown to reduce stress hormones, such as cortisol and epinephrine, and add a boost of serotonin, the feel good hormone. It is the best antidote, helps bring us back to the present, and lets us step away from any thinking and doing, even for a minute. I know after a fit of giggles, I feel happy, warm, and enormous joy for the moment I am in, which is why they say that laughter is the best medicine.

“Life isn’t as serious as your mind makes it out to be.” ~ Eckhart Tolle

Eckhart’s teachings have been spread all over the world.

He has become an influential leader, attracting the likes of Jim Carrey, Russell Brand, and even Oprah, who became his number one supporter. There was something about this man’s work that resonated with many other people, including myself—and after seeing him speak live earlier this year, I want to share his wisdom with others. 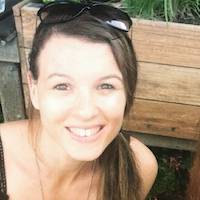