How I Lost & Found Myself with Bipolar Disorder. 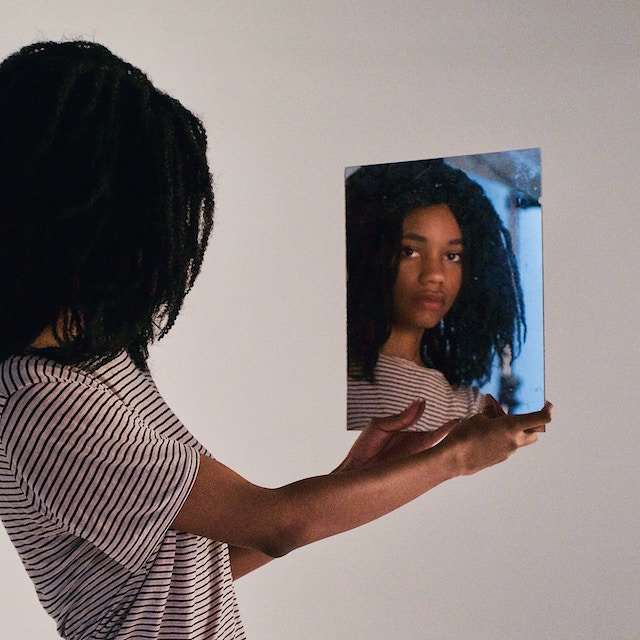 My mind was always one step ahead of me and two steps ahead of everyone else—trying to finish the race before it even started. I would wake up at five in the morning, cook up a storm, and then start my day.

I remember my mom saying I had “enough energy to power a small country.” They were jokes, but I wondered if it was “normal,” or if something was really off.

One would think the diagnosis itself would have given me clarity and peace. After all, sometimes we have to go through the darkness to appreciate the light. But I didn’t understand anything about my illness other than what I was told:

“You have a chemical imbalance, and you will be on medication for the rest of your life.”

I had enough pills to start my own pharmacy. I was on anti-depressants, mood stabilizers, anti-psychotics, anti-anxieties, anti-seizures to prevent hallucinations, sleep aids, pills for the tick I developed from one of the other pills, a pill for high blood pressure caused by another pill. And on top of all of that, I was pre-diabetic from side-effect weight gain.

I had a pill for just about everything—and most of them brought a new set of consequences and required something new. The doctors switched my prescriptions every couple of months to see if a new set would work.

“Don’t watch overstimulating shows. You can’t watch that movie, it might trigger a manic episode. You can’t eat grapefruit, it clashes with the medication you’re on. Remember you have to take them every single day—it’s crucial. Listen to what we say. We know better. We know what we’re talking about.”

No one bothered to explain why it was even important to do all this.

I mean, that’s what happens when you’re a child—you are guided by your parents. But this wasn’t guiding. This was demanding. This was a script. I was playing a role in my own life.

The chaos in my mind never stopped. The reckless feeling continued. The next best thing in medication would appear, I would try it, the doctors would breathe, and then within a month I was back to the beginning—a lost little girl waiting for answers.

I lived in a secluded bubble where the world kept moving while I stood there. An empty body. Dead inside. Wanting to live in the past, but trying to find a future.

It all changed about three years ago.

I came to enough clarity to finally listen to what my family had been saying for months.

I considered ditching the traditional path laid out for me and trading it for alternative healing.

I decided to jump.

I started seeing an orthomolecular psychiatrist who was ballsy enough to get me off my medication and teach me to live and to fight for my own life. I started to understand what it was like to be manic-depressive—what it actually meant—how there was more to me than the story I had been fed for years.

I started making peace with my illness and realizing there was, in fact, a good side of it.

I realized that my creativity was fed by my illness—the way I cooked and wrote, it was all nourished by the same illness I had feared before. This allowed me to see beyond my darkness.

The crutches that held me up and let me stand slowly diminished, but my security blanket had still been taken away.

Little-by-little, emotions crawled back into my life and I started to truly experience things for the first time. I had been suppressing my emotions for so long I didn’t even know what it meant when I cried.

I stopped hiding and embraced my life.

While I would love to say that it was easy and that now life is a fairytale…it wasn’t.

Having to face my emotions was difficult and overwhelming. Coming back to a world that had fast-forwarded while I was in my bubble was even more terrifying. Trying to connect with others was equally difficult.

I had to make decisions for myself—a power that had been taken from me over the course of six years. This was a strange feeling. Trying to figure out what was ahead me was incredibly mind-blowing. I felt like I was given a second chance and had to make the most out of it.

We are more than our illness and (trust me when I say this) there is a silver lining in that dark cloud. We just have to believe. Believe in ourselves. Believe we are worth it. Believe we can do it.

I’m here telling you, you can. You just have to fight for yourself.

I love my life—something I didn’t ever think I would say again. I’m not fixed or healed. I wasn’t lucky. This wasn’t a miracle. I work hard for my life every single day.

I know my disorder is still very real, but it doesn’t define me.

I am not bipolar.

I am Andrea: a wellness blogger, a woman, a daughter, a friend, a sister, and so much more.

I have emotions. I dream. I feel a connection with myself and the world that I didn’t before. I have drive, strength, balance, and courage.

Every day, I listen and learn something new about myself.

I stay away from over-stimulating conversations. I keep my nights light and simply to let my mind stay calm and not race. I like having routines to keep my days more balanced and peaceful. I don’t listen to every opinion thrown at me. I make my own conscious decisions and realize what works for me and what doesn’t.

It’s true—we do have to see darkness before we see light.

My light is my inner world, the people in it, my family and friends, blogging, my passion, and most of all, balance and peace.

So what is your light? 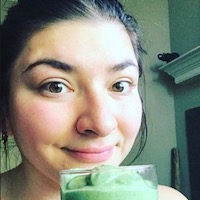