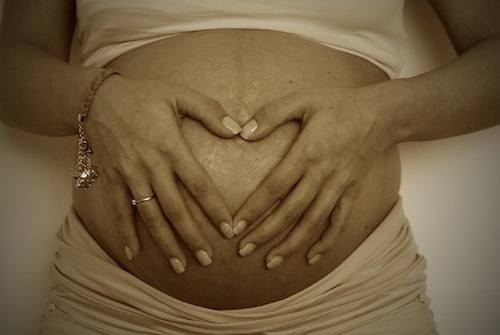 Editor’s note: Elephant is not your doctor or hospital. Our lawyers would say “this web site is not designed to, and should not be construed to provide medical advice, professional diagnosis, opinion or treatment to you or any other individual, and is not intended as a substitute for medical or professional care and treatment. Always consult a health professional before trying out new home therapies or changing your diet.” But we can’t afford lawyers, and you knew all that.

This is part two in a three-part series about my journey to somatic sexual wholeness. Click here to read part one: The Unconventional Therapy that got me Back in the Sex Game. {Adult}

It’s been nearly a year since I received a yoni massage from Rahi Chun, a certified Somatic Sex Educator.

As I read the notes he sent after our session and sit with the details of them, I’m still mesmerized by the profound healing that comes from this work. Who would’ve thought that the way I was conceived and raised as the youngest child in my family would have such an overwhelming influence on my sex life? Certainly not me.

For the vaginal portion of my massage, Rahi sat on the massage table opposite me, with his legs straddling the table. I was on my back with my legs on top of his. He was certain to put pillows between our legs to ensure there was no skin-to-skin contact. This interesting configuration gave him easy access to my pelvis and a necessary visual to do his work.

He asked permission before he touched me and communicated with me the entire time—just as he did with the full body massage.

Unlike my first yoni massage, where orgasm was the goal, Rahi purposefully avoided initiating an orgasm so we could, as he said, “Continually expand the body’s capacity for embodied presence and pleasure in order to reveal any areas of contraction in the form of pain or numbness or resistance to receiving or dissociation or overwhelm, which often reveal feelings of fear, sadness, or resentment.” I liked the idea of letting things unfold naturally.

I was trying hard to simply “receive” the gift of being pleasured without an end result in sight.

I experienced pleasure throughout most of the session. However, there was one specific area where I felt almost no pleasure when Rahi was exploring. He eventually moved on. Shortly after that, I started feeling extreme pain in my upper shoulders, which seemed odd to me.

When I asked him why I was feeling pain in my shoulders, he surmised that it may have been me taking on an unnecessary burden when I felt that he wasn’t appropriately doing his job of helping me find pleasure. Me? Taking on unnecessary burdens? Never!

He explained that I had so many areas of pleasure in my yoni, that he wasn’t concerned about that one particular area since it wasn’t numb or painful. The main goal of a yoni massage is to release trauma, remove blocks and pain, and restore feeling to areas of numbness. Since none of those things were occurring for me, it was appropriate to move on from that spot.

But after my session, Rahi sent me some information that helped me understand my process of healing a bit more:

“The through-line to the session’s ‘climax,’ if you will, in your release and dis-charge of repressed/stored energy began in the intake when you shared that you believed you were a ‘mistake,’ and unwanted after being born following your older brother’s passing, and that your parents wanted you to be a boy. The message to your body: You couldn’t trust your providers.

You felt undeserving of love just by being who you are; and you believed you had to take on other peoples’ issues to feel safe and deserving of their love, especially your parents. This was too much of a burden on your shoulders. The added responsibility was a heavy load.

I surmised that the pain you felt in your shoulders when you took on responsibility that wasn’t yours to take on—being vigilant that I was doing my job, again repeating the message that you can’t trust your providers—was a long-held pattern.

All of these experiences flow through this space. During the session, I simply gave attention where your body wanted it—at your hysterectomy incision area. Massaging this area seemed to soothe something in you.”

To quickly unpack all this goodness for you, here’s a breakdown of my “Welcome to the World” story.

My conception was a mistake. My mom wasn’t supposed to have any more kids. My parents desperately wanted a boy. I have three older sisters. Before I was born, my mother gave birth to a boy who only lived a few hours. I am clearly not a boy. Because of this fact, I always felt like a disappointment to my parents. I felt like I had to earn love.

In fact, most days I felt like I had to earn my right to exist in this world. I’ve always felt ashamed of this.

To add insult to injury, I learned just last year that my mom was going in for a hysterectomy when she found out she was pregnant with me.

Some have argued (to make me feel better about my story) that “hardly any children are planned.” I can tell you with certainty that my son was meticulously planned—right down to an ovulation kit. He was desperately wanted and desired and is unconditionally loved. He also knows this at the deepest level of his soul and I’m extremely proud of that fact.

There is absolutely no question that my son was the gift my parents never had. I’ve always found it divinely ironic that I was the only one of their children to give birth to a boy. I also believe my parents were gifted with my son at a time in their lives when they could truly enjoy him (as grandparents) without the preoccupation of being parents.

Interestingly, I had a hysterectomy last year. About nine months before my surgery, I started having twice monthly periods with horrendous cramping. This threw me for a loop because it was so far off from the half day, once monthly period I had been accustomed to for the past 20 years—thanks to hormonal birth control.

I almost had a less invasive procedure to correct the issue, but because of some complications, I decided to have the hysterectomy instead. This was the best possible choice for many reasons, but most importantly, because the less invasive procedure wouldn’t have fixed my problem. When I woke up, the surgeon told me that mine was the most complicated hysterectomy he had ever performed. My uterus had attached itself to my C-section scar, which is what was causing all the pain during my periods.

That’s why the work somatic sex educators do is so important. It’s not about a vaginal massage; it’s about changing someone’s life.

Rahi went on to remind me, “The tensing of your shoulders occurred with a simultaneous feeling of ‘fullness’ in your G-spot. I wondered whether taking on too much responsibility had ever made you feel this fullness, like you couldn’t take on anything more. We gave that ‘fullness’ a voice by using exhales to release it. We then used the pleasure generated to clear out the stagnation in your G-spot area with long strokes from the anterior wall to your G-spot area.”

I’m not sure how he knew, but those were the words I’d needed to hear my whole life.

Rahi later told me “Releasing such trauma held in the body comes from ‘dis-charging’ the held energies in the form of repressed emotions, feelings, or interrupted energetic, physical, or emotional expressions still repressed and stored in the nervous system and body musculature. Whenever such chronically-held tensions are finally released, the body and nervous system can relax and expand.”

When I left his place that afternoon—five hours later—I felt like I was floating. I was filled with joy. I relaxed for the remainder of the day, went to bed early, and slept like a baby until 10 a.m. the next day. I didn’t wake up once, not even to go to the bathroom—that in itself is miraculous.

There’s so much more involved in this process. The pleasure and release that occurs with yoni massage can lead to increasing expansiveness in so many other areas of our lives. But the area of expansion that was the most beneficial to me was the change in mindset about my past, my body, and how my sexual experiences are my own, rather than something I “give away” or attribute to others.

This is part two in a three-part series about my journey to somatic sexual wholeness. Click here to read part three: One Truth about Owning our Sexuality we can All Benefit From. {Adult} 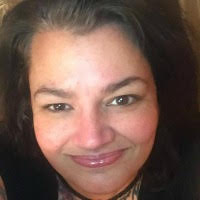