I was Chronically Ill & now I Run Marathons—How I Did It. 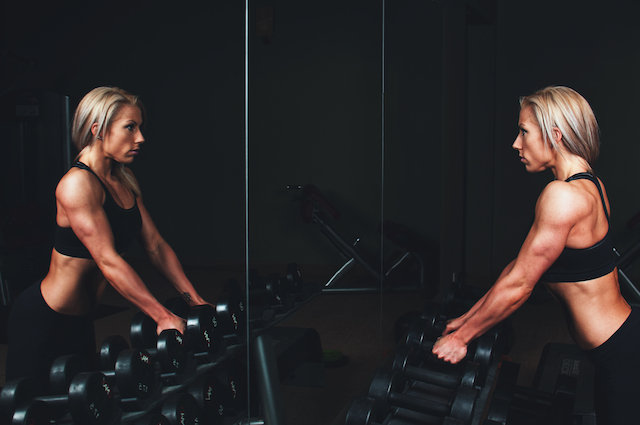 There I was, 23 years old and laying in agonizing pain on my bed at four in the afternoon.

Despite being so young, I was diagnosed with fibromyalgia and experienced debilitating pain throughout my entire body on a daily basis. I was forced to quit my job and most of my hobbies because of my condition.

Chronic migraines made it impossible to focus or have a conversation with my significant other. I was glued to my couch and bed, unable to watch TV or check my phone because of the terrible joint pain. Before I knew it, I gained 30 pounds in two months and was losing my hair.

One day, while attempting to take a shower, I was in so much pain I began to shed tears. My doctors had been unable to treat me for months. How could it be that a young, 23-year-old woman was unable to take a simple shower?

Something had to change, and it had to come from within. That is when I began my journey of self-recovery. That was the first step I took to change my entire life: deciding to change.

Preparing for the first step:

I did research on fibromyalgia to see if I could learn anything I hadn’t already known or that my doctors hadn’t already told me. As it turns out, fibromyalgia patients experience the most pain at rest. This fact shocked me, as I had been stagnant and unmoving in my home for almost an entire year.

When I spoke to my therapist for advice, she said I had to be patient with myself and slowly build a tolerance to exercise. She warned that it would be painful at first, but it beat lying around on the couch in pain for the rest of my life.

In order to exercise again, I had to fix my sleep cycle. Fibromyalgia makes it extremely difficult to fall asleep and can throw off our cycles, shortening the amount of time the body spends repairing muscles. After many vigorous attempts, I was finally able to get my sleep back in order following some simple steps.

The room had to be dark, quiet, and at a comfortable temperature. This sets the body up for perfect sleep sessions. An added bonus of sleeping better was that I experienced less pain the next day. Getting proper sleep allowed my body to fully repair itself and reduce soreness, allowing me to move onto the next step.

Having fibromyalgia made it difficult to leave my house, but I ached to go to the gym. Since I couldn’t go to the gym, I had to make the gym come to me.

I invested in a home gym and I have never once regretted it. The gym equipment I placed in my home became a daily reminder of my progress and success. I made it that far; I was able to exercise again.

It may seem mundane, but using gym equipment and performing the fundamentals of exercise built a foundation for my overall goals. To me, of the greatest signifiers of a fit body running a marathon, so that’s what I set out to do. I knew my home gym would help me do it.

The great thing about having a gym in my home was that I didn’t fear others judging me. I could use the machines however I wanted, no matter how silly certain exercises looked or felt. I was also able to work at my own pace without the worry of others waiting on the machine I was using. Having fibromyalgia forces people to move very slowly. Before I knew it, after four months of daily exercise in my home gym, I lost the 30 pounds I had gained earlier, but more importantly, I had gained muscle in return.

The goal within reach:

Slowly but surely, I got closer and closer to my goal. Getting better sleep and exercise did wonders for my body that doctors were unable to provide with prescription painkillers. I was able to move again and walk around without chronic pain. These may seem like simple accomplishments, but when you’re forced to lay on a couch for almost a whole year, they feel like grand feats. My pains and aches became limited and I was able to accomplish even more. I realized my goal was within reach. I was ready to finally run my first marathon.

I was so eager to finish my road to self-recovery that I signed up for my first marathon. My friends even signed up with me and ran along at my pace. When I saw the finish line within 100 feet, they all cheered me on, all the way until I crossed the final mark.

I did it. I beat out fibromyalgia pain and got back in shape.

After running that first marathon, I was hooked and couldn’t stop! Since then, I have run over 20 marathons and signed up for more in the near future. I will never return to the couch potato I used to be. I will never give up who I have become. I will never let fibromyalgia defeat me.

Regardless of illness, all people have the power to change who they are through exercise and better sleep. I am a testimony to that.
~
~
~ 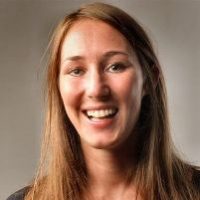