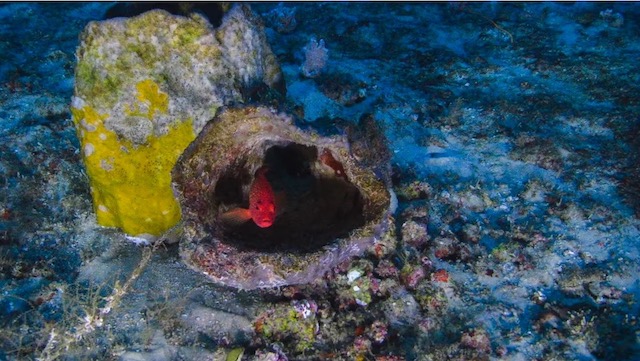 A rare 600-mile long coral reef at the mouth of the Amazon River, 9,500 meters off the Brazilian coast, is currently under threat as two major oil companies, BP and Total, are planning to explore the area for drilling possibilities.

The Brazilian government estimated that the area, known as the Foz do Amazonas basin, could hold as much as 14 billion barrels of oil.

Both BP and Total own deep water blocks in the Foz do Amazonas region, and they hope to be granted a license so that they can begin exploratory drilling at some point this year. Total began moving equipment to the area in January 2017, with the hope of drilling by the end of this year, and BP also hopes to start drilling a block it controls in the region later this year.

The two oil giants are currently waiting for environmental impact assessments to be approved by the Brazilian government.

However, the Brazilian prosecution authority has threatened legal action if exploration is carried out without a response to growing concerns that there could be an environmental impact on the reef due to oil drilling.

Although BP, Total, and Brazilian oil companies have carried out studies on the environmental impact, the drilling plans are still held back as the Brazilian government has further concerns.

After assessing the studies, Joaquim Cabral da Costa Neto, the Amapá (Brazil) state prosecutor, has recommended suspension of the drilling licenses and released a statement stating that although there are studies that have been carried out they “did not take into account the important ecosystem of the coral reef of the mouth of the Amazon River. Thus, exploration in an area close to [the reef system] corals, without adequate environmental impact study, can cause irreparable damage to this unique and little known biome.”

The prosecutor also stated that the Federal Prosecutor Office’s main objective is “to prevent possible accidents and damages to the environment, besides avoiding a possible international conflict. Information from the exploration company itself confirms that a possible leak during oil activities can cause damage to the marine, physical, and ecosystem environment, not only in Brazil, but also in neighboring countries, especially the Caribbean region.”

The assessment carried out on the region by scientists revealed that, “Such large-scale industrial activities present a major environmental challenge, and companies should catalyze a more complete social-ecological assessment of the system before impacts become extensive and conflicts among the stakeholders escalate.”

Further studies are recommended to understand the level of risk involved with drilling in this area and to get a fuller picture of reef life and activity along the reef. The scientists also suggested comprehensive intervention from Brazil’s ministry of environment.

The existence of the reef was only fully confirmed in 2016, and prosecutors claim that there has not been enough time to effectively evaluate the ecosystem of the reef. However, scientists suspected that a reef could be hidden under the murky, rough currents of the Amazon’s mouth as far back as 1977, when they caught dozens of colorful fish in the area.

The confirmation astonished oil companies, scientists, and environmentalists, as corals normally thrive in clear, sunlit, salt water. The waters near the mouth of the Amazon are some of the muddiest in the world and shield the ocean floor from sunlight for long periods of the year.

Despite these adverse conditions, the reef appears to be thriving below the freshwater outflow of the Amazon. Studies have found as many as 60 species of sponges, 73 species of fish, red snapper fisheries, spiny lobsters, stars, and a vast variety of reef life there.

National Geographic described the discovery as “one of the most surprising finds in modern sea research.”

Greenpeace scientists examined the Environmental Impact Study that Total submitted to the Brazilian authorities and estimated that the chance of an oil spill reaching the Amazon reef is approximately 30 percent.

This unique reef is believed to be home to dozens of previously unknown species, and activists warn that an oil spill could cause irreparable damage before scientists have even had a chance to study it.

Sara Ayech, an oil campaigner for Greenpeace UK, stated, “Marine biologists are calling the Amazon reef a new biome, a unique ecosystem, which had been thought impossible previously. But it is already under threat from BP and an oil industry willing to risk spills and worse in their pursuit of fuel, which we cannot afford to burn.

“Wasting money prospecting for soon-to-be-stranded assets is unfortunate, but trashing one of the very few unexplored wonders of nature to do so would be unforgivable,” Ayech said.

Ayech also explained, “It’s unlike any other reef that we know about. If the companies drill, there’s a risk of an oil spill, and if an oil spill hits the reef, then we could see parts of it destroyed before we even document them.”

Dr. Nils Asp, one the scientists who discovered the reef said, “The main concern is related to the possibility of oil spills and how dramatically this could affect the reef, as well as the mangrove coast of the region, which is ecologically highly connected with the reef system.”

An entire reef ecosystem can suffer if oil makes contact with corals; it can destroy them or impede their reproduction, growth, behavior, and development. Oil spills can affect many species of fish, crabs, and other marine invertebrates living in and around coral reefs. The critically endangered hawksbill sea turtle, as well as several other endangered species, are present in the area.

Patricia Yager, an oceanographer photographer, told National Geographic that the reef contains some of the most amazing animals she has ever seen on an expedition.

Yager, who studies microbial communities at University of Georgia, said, “We brought up the most amazing animals I’ve ever seen on an expedition like this. There were sea fans, and yellow tubes, and tiny, sunset-colored fish, as well as pink coral-like crusted algae called rhodoliths, and gorgeous sponges in yellow and red. All the scientists just hung over the rails amazed at what we were finding.”

The region is also home to species that don’t exist anywhere else on Earth, such as the Amazon river dolphin and Amazonian manatee. The environmental assessment described such species as being “particularly vulnerable to extinction if their habitat is impacted.”

A spokesperson for Total stated that, “Drilling activity will not impact the reef system” and that they expect to drill wells in the area this year.

Greenpeace is concerned that a decision on drilling could be only weeks away, and they have launched a campaign to protect and explore the Amazon reef, which will involve working with researchers to produce the first underwater images of the ecosystem. So far more than one million people have pledged to defend the reef, demanding that Total and BP drop their plans to drill in the area.