Positive Thinking is not nearly as Powerful as This. 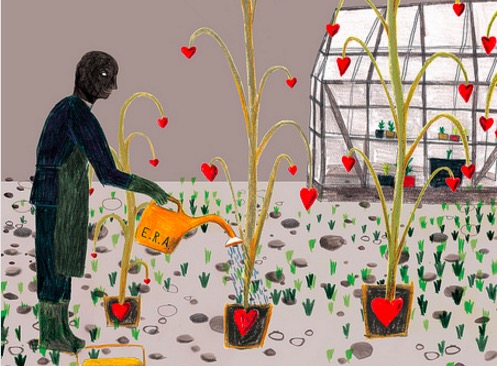 They are so little and adorable I can feel my love for them as a palpable ache in my chest—especially now that their mother and I have separated.

Earlier this week, my ex posted a video of River, my two-year-old, attempting to talk, and it was utterly captivating. I was getting prepared for another 12 or 13-hour work day, and the default setting—the area my mind was trying to take me—was that of wistful sadness and grief at the reality of my new situation.

I sipped my coffee, which suddenly tasted gruesome, and looked down at my bowl of untasted oatmeal and allowed my mind to wander off to a pretty unfriendly place.

But within seconds, I realized this, and I decided not to allow it.

Intellectually, I am aware of the fact that our lives are defined purely by the story we allow ourselves to believe. This being the case, a technique known as “reframing” is quite useful.

Now I have nothing personally against Norman Vincent Peale, and the power of positive thinking does have its place in the universe, but context reframing is much more pragmatic and helpful.

Alternatively, reframing is like going out in the same thunderstorm with a good raincoat and noticing the percussive sound the rain is making against the pavement, observing how the deluge is feeding the trees and the vegetation, and quietly meditating and appreciating the good fortune of not living in a drought-affected area of the world or quite literally dying of thirst.

The point is, it’s still pouring, but it’s our perception of what the rain actually means that comes to define our lives.

There’s a fairly well-accepted phenomenon in the realm of academia known as the “hedonic treadmill.” A classic study from 1978 postulates that we all have a baseline level of happiness. [1] If we happen to win millions of dollars in a lottery, within a hundred days or so, we will likely return to that baseline.

By the same token, if we go through something truly horrific—such as an accident where we lose the use of our legs—within the same amount of time, we generally will go back to the same place. Hence, the treadmill definition.

Interesting stuff, but my belief is that with practice, we can actually raise the bar on our seemingly permanent baseline and live happier lives through reframing.

In the most extreme case of this, I direct your attention to Jerry Coffee. In 1966, Coffee was shot down in a plane over North Vietnam and captured. He was beaten and tortured and imprisoned for seven years. In his memoir, Beyond Survival, he explains how his journey inside of himself was where he found the strength to continue.

In a situation that would have easily destroyed most people, Coffee found a way to reframe his harsh reality into spiritual redemption. After he hit the rockiest of bottoms, he made the decision to take complete control of what his circumstances meant.

I’ve never been one to glorify war, but I bring this up as one of the most extreme cases of reframing I have ever encountered.

Keeping this in mind, there are certain rituals we can do to reframe effectively:

1. Take the focus off yourself.

With regards to my own aforementioned situation, to look at a wonderful child struggle with language and think of only my own hurt and loss was far too self-indulgent.

It quickly became obvious to me that there were so many more positive ways of taking in this information.

I sat down and meditated for five minutes on how fortunate I was to have created such a magical presence on this earth. I thought about how grateful I was to know I can remain an integral part of her life. I thanked my higher power for blessing me with such a precious gift.

2. Allow yourself to imagine what could be good in a seemingly bad situation.

It’s my belief that almost everyone has suffered through losses—of lovers, jobs, friends—that at first seemed like an irreconcilable disappointment but, in retrospect, wound up being a stroke of good fortune. Six months down the road, you likely found a more suitable partner, a better-paying job, or a more honest and compassionate friend.

Wouldn’t it be helpful if we could only see into the future and save ourselves from all the worry and stress the present moment holds?

Obviously, this is probably too much to ask. But it’s still a good practice to shift your thoughts from ruminating about what seems tragic, and try to project how it might look a few months later. The difficulty is in transcending the mindless positivity of “it’s all going to be fine” to a more tangible, realistic reframe, such as, “How could this wind up being a favorable set of circumstances?”

Anyone who has ever produced incredible results—from Steve Jobs to Steve Winwood—has had this ability.

A second or third pair of eyes, especially a set that are not as “close to the trees” as your own, can often help to find certain aspects of events that you might fail to spot.

How a setback could help you in the future or how not getting your way immediately might work to your advantage are just the kinds of things that a good, positive-minded friend may help you to see.

Pick up the phone and give it a try!

I’ll be honest: I do have friends that tend to be smug about the brand of logic I have expressed here, but I never allow that to alter my devotion to the extraordinary.

I have asked each and every one of them to list for me the advantages they see in looking at things in the drab and pedestrian way they seem to be so attached to. I have never once heard a single compelling reason.

I, however, have many reasons why reframing is both propitious and practical. Our thoughts truly do have immense bearing over our reality—the choice is ours.