The Root Causes of Infidelity. 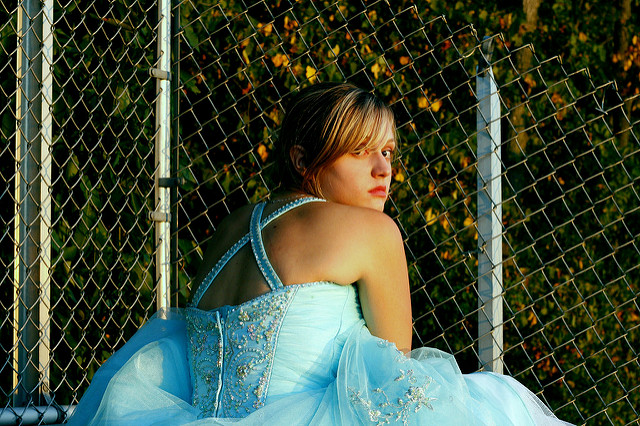 “Betrayal is so emotionally charged because the act of betrayal violates a couple’s core agreement—the promise to care for each other and keep each other safe.” ~ Dr. Carla Marie Greco

~
You did nothing wrong—nothing at all.

You didn’t drive him away. You didn’t suffocate her.

You didn’t under-perform in the bedroom or become boring overnight.

You didn’t drive him to it with your insecurities or fears that you may have projected onto him. And it wasn’t that you didn’t give her enough attention, if that’s what makes you believe that the woman you love was perfectly justified sleeping with another man.

You can wrack your brain for hours on end, sometimes even years, and you won’t ever be able to figure it out, make sense of it, or pinpoint what you did wrong. Because it had nothing to do with you.

People don’t cheat because of anything we do or don’t do.

They cheat because of themselves. Their stuff. Not ours.

They cheat because they have low self-esteem and getting someone in a committed relationship to choose them over the person they’re with validates that they’re lovable. That there is something so special about them that this person is sneaking out on their lover or spouse to spend time with them.

We cheat because the person we’re with isn’t filling our empty holes and that’s what we expect them to do. When we’re unhappy, we often have the unrealistic expectation that the person we’re in a relationship with should fix that. When they don’t and someone new comes into the picture who listens intently to us, strokes our ego, and distracts us from those empty holes inside of us, we can’t help but gravitate toward them.

“Oh…we just have such a connection with each other,” we say.

How many times have we heard a friend or even ourselves say, “He/she made me feel alive again!” Well, newsflash…anything new makes us feel alive—new cars, new jobs, new homes, new clothes, new relationships. The new car hasn’t had time to show signs of wear and tear and break down on us, the new job hasn’t become boring yet because there’s still so much to learn, and the new home has so many rooms to make memories in and hasn’t had time to accumulate clutter that would make us want to escape to someone else’s house.

You get the picture.

What I will say is that in many cases, it’s not so black and white and a person who cheats on someone they love may not have any of these issues at all. Part of being a couple means that we are both responsible for what is happening inside of our relationship, and if our partner has told us they are unhappy with certain aspects of it and we haven’t made any efforts to change, we’ve created a situation that may make them feel they need to seek attention from someone else.

There are also situations where one person in the relationship is being abused, whether it be physically or emotionally—and in that case, we have to own that our partner felt they needed to seek solace and protection from another person. It doesn’t make cheating “right,” but sometimes people feel so desperate, they see it as their only out.

I’m in the center of a storm of infidelities right now—I’m the sounding board for friends or clients who are either currently cheating or have cheated on their partners. I’m their sounding board because I’ve been through it and I’ve survived it—whatever “surviving infidelity” is supposed to look like. Some people would even say I’ve healed from it, that I’m “inspiring”…a warrior for what I’ve been through.

But let’s be clear: We never heal from another person’s betrayal. Especially someone who claimed to have loved us. If anyone tells you something different, they’re full of sh*t.

The universe has continued to send me clients to work with in my coaching business who have all had affairs and want my help in moving past what they’ve done.

Coincidence? Definitely not. The divine/God/the universe knows what we need to heal our wounds. My path to healing even a small amount of my own pain has come from these men and women who have chosen me to help them, who have vulnerably shared all of their emotions, confusion, and pain around what they’ve done and the hurt they’ve caused their partners.

And here’s the one common denominator each one of them shares: They all admit that the reasons they are or were unfaithful had much more to do with them than their actual relationship.

Were there issues in their relationships that drove them into the arms and beds of another person? Sure. What relationship doesn’t have its issues? But in a lot of other cases, there weren’t any issues at all. In fact, many of them would go so far as to say that they are or were truly in love with their partner, don’t want to leave them, and don’t want to lose them.

Yet there’s something nice about being able to have our cake and eat it too. At least, that’s what some of my very courageous and honest friends have been willing to admit out loud.

Again, cheating isn’t about us. It’s about them.

So stop beating your head against the wall. Stop asking yourself what you did wrong. Stop taking the blame for the choices the person you love or once loved chose to make.

Allow them to blame you all they want. Because that blame is just a projection. It’s an unwillingness to look at themselves and their own character and more often than not, their own patterns.

You do your own healing. Trust me, it takes time. But always remember, you did nothing to deserve it.