We Need to Have a Little Talk about Biphobia. 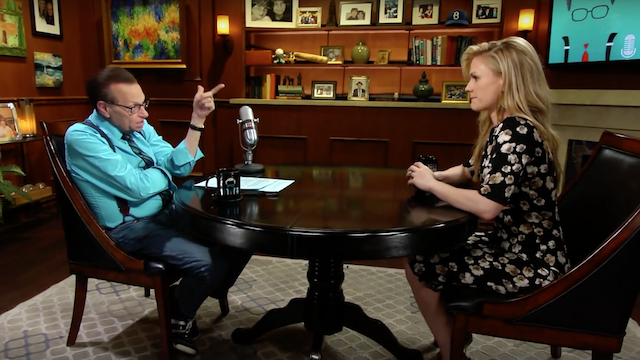 ~
I’m not going to lie
—I’ve had a difficult time coming to terms with my sexual orientation and I blame part of that on the fact that I am not attracted to one single gender.

I am attracted to girls, boys, transgender people, gender queer people, nonbinary people, and so on. Basically, I’m attracted to people before and beyond gender, a phenomena that is more commonly known as being bisexual.

At the end of the day, there are no straightforward rules for identifying as bisexual—if you feel like you identify as bisexual, then you are bisexual. It’s as simple as that.

I have known that I am bisexual since I was about 10 years old, but I did not know the above information until I was around 20 years old, when I finally decided that it was time to be proud of who I was and research information on what that meant.

In my searches, I came across several blogs and websites on bisexuality, and it was here that I found its official definition, because I had previously thought of it merely as an attraction to both boys and girls, split equally down the middle. It was also in these blogs that I first came across the word “biphobia.”

For those of you who are unfamiliar, biphobia is, as you might expect, the discrimination of people who identify specifically as bisexual. Although bisexual people can experience homophobia as well, biphobia is a separate issue, relating to what bisexual people in particular face.

I want to emphasize that this is not a word that I had ever heard until I started looking up information on bisexuality on the internet. And if I had not had reason to look this information up, if I was either straight or gay, I very well might never have come across it. Which struck me as exceptionally strange and disappointing, because the more that I read about it, the more I realized that biphobia is something that we all need to talk about—not just bisexual people. It is something that straight people need to remember, and it is something that homosexual people need to remember.

We need to talk about biphobia because whenever someone gets romantically (or sometimes sexually) involved with someone of their own gender, the dominant response is “oh, I guess they’re gay now,” or “I didn’t know they were gay,” even if aforementioned person has had multiple partners of the opposite sex. The possibility that they might be bisexual never even crosses most people’s minds.

We need to talk about biphobia because bisexual people are often accused of being queer people who are able to “pass” as straight because they are capable of entering relationships with someone of the opposite gender, but it is not a privilege to have your identity consistently dismissed and ignored throughout your life.

Either way, bisexual people are automatically assumed to just want men at the end of the day. This assumption is so strong that many lesbians have stated that they would never date a bisexual woman because she’d probably just leave them for a man, because we all know that that’s what bisexual women really want. (Cue the eye rolls).

We need to talk about biphobia because I as a bisexual woman feel like that is not something I should disclose too early in a relationship, because it might cheapen me in my partner’s eyes.

We need to talk about biphobia because bisexual women in particular are dismissed as dirty, promiscuous, greedy, and unlovable, while simultaneously being sexualized, fetishized, and objectified by men who really like the idea of a woman who will sleep with other women, but also with them as well.

We need to talk about biphobia because I as a bisexual woman I feel as though I cannot or should not date a man—because if I did, I’d lose something in the process. This feeling is only emphasized by biphobic representations of bisexuals such as in the television series Glee, wherein there is one episode where a gay character becomes upset because his boyfriend kisses a girl. But it wasn’t the possible cheating that made him upset, no—it was the fact that the kiss resulted in his contemplating that he might actually be bisexual, as though his realization that he might be bisexual makes him less valuable in his boyfriend’s eyes.

This conflict is resolved when the boyfriend character comes to the conclusion that he is completely gay, and thus the gay character can rest easily knowing all is as it should be. There is also a later episode where a lesbian character discloses that her ex girlfriend was bisexual, to which the girl that is currently flirting with the lesbian character responds by saying that it’s “for the best” that she’s an ex then, and that what she really needs is a “100 percent Sapphic goddess.”

This openly biphobic character is then treated by the lesbian as “better” than her exes because she’s a real, bonafide lesbian. And this is a television show that marketed itself as being open-minded and inclusive.

We need to talk about biphobia because it is everywhere, and it isn’t something that I even thought about all that much until I needed to think about it. If I wasn’t bisexual, then chances are I’d be continuing to perpetuate these toxic beliefs today, because I wouldn’t know any better.

And people need to know better. That is why I talk about biphobia.

Because bisexual people are not dirty, greedy, naturally promiscuous, or whatever a biphobic society that enforces these beliefs paints us as. We are people. We are people who want to find love as much as anyone else. The only difference between us and anyone else is that we have to live with these assumptions held against us, and people are not talking enough about that.