We need to talk about Catcalling (& the 2 Reasons it Still Happens). 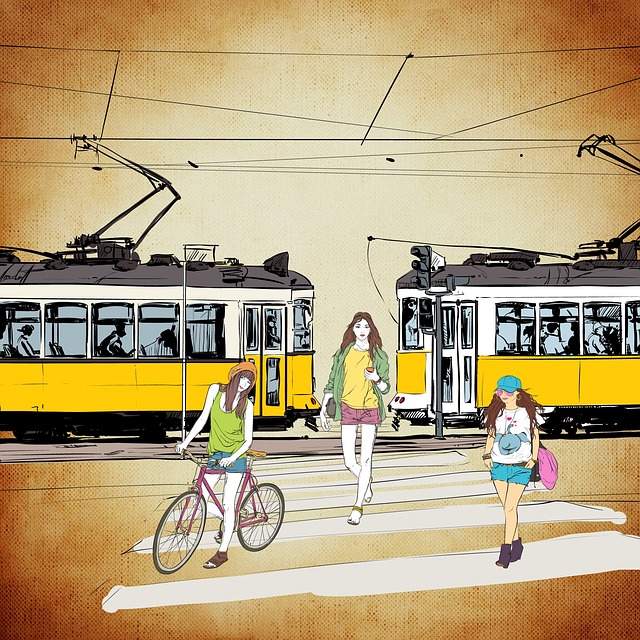 Earlier today, I was walking home from the movies with my mother. We were talking about the movie, having fun, and not thinking about much at all, when a man across the street from us began yelling.

I wasn’t paying much attention to him because he was across the street and I really didn’t care, but I could tell that he was yelling at us.

We ignored him and continued on our way, talking about the movie.

And then the man crossed the street and approached my mother and me. He made a couple of uninvited comments on our appearances and still, we ignored him—but we started walking faster. It didn’t take us long to pass him by, but he continued yelling at us and making comments about tattoos, which we both have.

And by that point, we were paying attention.

Although it was a bit out of our way, we turned into a more residential area, one that would have been a little easier to find help if we suddenly needed it, and we continued walking quickly. I kept looking back over my shoulder because at that point, I didn’t care about being subtle. If he figured out that he’d made us uncomfortable, good! He should know!

But I mostly wanted to make sure that he didn’t continue following us. He did make the same first turn we did, but upon making a second turn onto another residential road, he left our field of vision and stayed there.

My mother and I continued walking through the residential area for a little while, and then once we felt a bit more comfortable, we returned to the side of the road, because that was the quickest and easiest way for us to get home. A moment later, a truck drove past us, and a man leaned his head out of the window and screamed at us: “F*ck you!”

The two events in succession made me angry, and it made me think about the way women are treated in public spaces.

Keep in mind, there was absolutely no way that anyone could possibly depict any of this as being our fault. We were leaving the movie theater in the middle of the afternoon. We were not drunk, and we were wearing our everyday yoga clothes. The only possible “crime” that we could have been committing at the time was being two women who were occupying a public space.

And this is not the first time that things like this have happened to either me or my mom. The two of us go for walks frequently, and this has resulted in racking up quite an impressive number of stories about men who have made uninvited comments about us in public, stories that range from being approached by a man in the rain, who then proceeds to make very sexual comments about my mother’s body, to a man making actual cat noises at us while we walked.

This has happened to me frequently, and it has happened to every woman that I have spoken to. In fact, it’s so common that I’ve even heard some women joke about it, regarding it as something that is simply to be expected.

But why is it so common? Why does every woman become subject to being commented on and yelled at in the street?

Well, for this I propose two reasons:

1. The reason why men do it: because they can.

Because it makes them look aggressive, heterosexual, and masculine in front of all other men. It has nothing to do with the woman at all. If it did, they would get out of the car, stop yelling, be respectful, and have an actual conversation with her like a human being, but they don’t care about her or what she thinks about them.

They just want to look tough to those around them, and they aren’t thinking about the potential costs for the woman, including but not limited to: feeling uncomfortable, feeling unsafe, feeling objectified and dehumanized, feeling as though this is somehow her own fault, and that she did something to invite this. But none of that matters, right? So long as everyone knows that you’re a big man on these streets.

2. The reason why it’s perpetuated: because no one stops them.

In some cases, it’s difficult for women to respond to these men because they just leave so fast, whether they’re in a car or simply passing by—like the man who yelled “f*ck you” at me and my mother.

But there are other cases, like the man who followed us on the street, where they give you every opportunity to respond, but frequently, women just don’t. We have been socialized to keep walking, to just ignore them. They’re just being dumb guys, and boys will be boys, so why get mad at them? Or, in other cases, women don’t want to respond, because if we make them angry, that might escalate the situation and they might try to hurt us. Which only further proves my point that this scenario goes much further than a simple ego boost for the man: A woman’s response (or lack thereof) is based on fear. In this scenario, the man in question is proving his masculinity by causing a woman to fear. And that, to me, is not masculinity.

Catcalling is an issue that people have been talking about more frequently, but the fact that it happened to me and my mother twice today proves that we need to talk about it more.

We need to make everyone aware of how deeply it affects women because I don’t think that a whole lot of people really get it. I think that the majority of men who do catcall do it without even thinking about how it affects the other party. It most certainly does affect us, and we need to stop ignoring that.

And, as I previously pointed out, my mother and I were doing nothing to invite some creep to follow us and yell at us, or to get yelled at by another man—but I don’t care if we “deserved” it or not. Even if it was me and a friend walking to a bar, completely drunk and practically naked, we still do not deserve to feel unsafe in a public space.

We should be allowed to walk from point A to point B without being harassed or dehumanized. In my opinion, that should be a basic human right.