Avoiding End-of-Life Regrets: Wisdom from around the World. 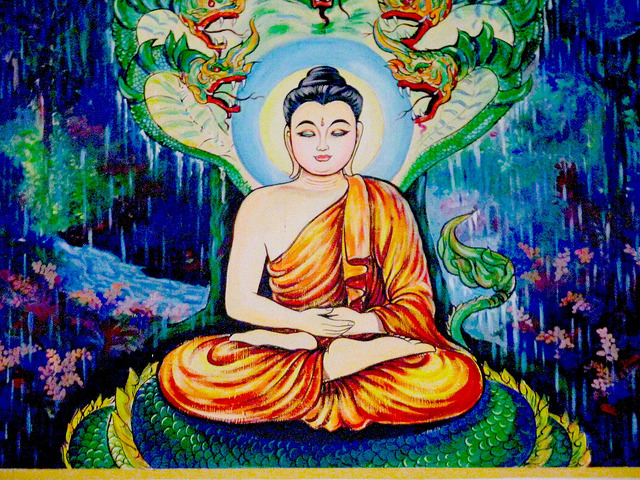 While reading The Guardian recently,
I came across an article detailing the experience of Australian palliative care nurse Bronnie Ware, who cares for patients in the last 12 weeks of their lives.

She began asking patients what regrets they had or what they felt they should have prioritized, and recorded their dying epiphanies in a blog called “Inspiration and Chai.” Her blog gathered so much attention that she later compiled her observations into a book called The Top Five Regrets of the Dying.

As Ware’s patients reflected on their lives, the following five themes emerged:

1. I wish I’d had the courage to live a life true to myself, not the life others expected of me.

3. I wish I’d had the courage to express my feelings.

4. I wish I had stayed in touch with my friends.

5. I wish that I had let myself be happier.

I find in their confessions a true mirror of how we might also feel at the end of our sojourn on Earth, and it brings me back to the wisdom of many of humanity’s great sages.

If we examine the wisdom of the Buddha, we find that he exhorted “the middle path,” or moderation as a path to a fulfilling life. This was in fact a key teaching, yet most of us have regretfully not heeded it as we were enticed by the values of our new, advanced world.

The Buddha himself was born into affluence, but he decided to pursue a life of strict asceticism after he became distressed at the pain and agony he saw surrounding him. He felt his new chosen path would give him solve the mysteries of life, be free of suffering, and find peace.

However, this strict acetic path did not satisfy him either. Physically emaciated and torn with agony, the Buddha one day rested under the cool shadow of a Bodhi tree and pondered over the mysteries of creation, trying to unravel the mysteries of life. He sat reclined against the tree, deep in his meditation, when a group of dancing girls passed by singing a wonderful song:

“Do not stretch the strings of your instrument so much when you strike them for a musical note, they break; nor keep them so loose that when you seek to strike a note, they do not respond.”

It was this simple message of the village girls that provided the emollient salve to his restless mind seeking a vision of an ideal life. Thereafter, the Buddha taught a path that was neither about the denial of pleasure nor its affirmation.

Through his own actions, he showed the wisdom of moderation. He had been born into great luxury, but he soon got tired of it. Then he tried a life of excessive mortification, and before long, he grew weary of that, too. At last, he chose a middle course and found true happiness in the sensible doctrine of “nothing too much.”

Other spiritual teachers have also emphasized the need for finding equilibrium between the material and spiritual scales of life. The great mystic Rumi gives an interesting analogy of village women:

In the early dawn, when nature lifts up the veil of darkness, groups of women trudge down the hills carrying water in bronze pitchers on their head. On their way, the women gaily engage themselves in an endless tattle, talking about their homes, the village, and the weather. But, even while all this talking goes on, the bronze pitchers are balanced with perfect poise. The mind is engaged in the talk, but it never loses control of the pitchers on the head.

Like these village women, Rumi tells us, we should continue to perform all our worldly chores, but should never remain unmindful of the spiritual reality above us.

In another analogy, Rumi likens the world to a river and the individual to a boat. In order to float, the boat needs the support of water, but that very same water can fill and sink the boat if a hole forms. Similarly, we need certain basic material necessities for our daily sustenance, but once these material objects preoccupy our minds, they ruin us spiritually.

Sufis like Rumi consider the spirit and body to be one whole. They believe in integration, not dichotomies. In other words, what we do in our physical lives affects us spiritually, and vice versa.

This integration extends beyond the individual as well, but we humans often forget that everything is part of a total, interdependent network in which each element is vitally important to every other element, thus failing to appreciate the fact that our very existence depends on the existence of all other things in the universe.

We would do well to remember this.

The great Prophet Muhammad said, “Do for this world as if thou were to live a thousand years, and for the next as if thou were to die tomorrow.” He asked people to pursue a gainful living to meet their needs, but he warned that we should not become so deeply immersed in mundane chores in the process that we are not also prepared for death at any moment.

Therefore, even as we are bowed down in our daily work, we should keep our hearts attuned to our higher purpose so that when the end approaches, there is not a trace of wrench in our heart and we won’t also be echoing Ware’s list of regrets. As the prophet repeatedly emphasized, “Be in this world as a stranger or passerby.”

Similar to Muhammad, the ancient Greek philosophers taught that while we strive toward fulfilling the physical needs of the body, we often let the soul starve. Conversely, there are others who satisfy the soul, but keep the body starved.

Aristotle’s ideal of “the golden mean” and “nothing in excess” is founded on this wisdom. Over-indulgence in worldly pleasures leads to a state of ennui and an emptiness of heart if we do not temper our worldly lives with the demands of their soul. Similarly, asceticism to the point of harshness deprives us of experiencing the subliminal beauty of life.

“Remember that there is nothing stable in human affairs; therefore avoid undue elation in prosperity, or undue depression in adversity.” ~ Socrates

Following the middle path aids us in all of these things. It negotiates the extremes of harsh asceticism and sensual pleasure-seeking, between attachment and aversion, between being and non-being, between form and emptiness, between free will and determinism, between hedonism and asceticism.

This approach to life gives us our best shot at not being filled with regret at the end of it, for life is not about endurance, nor is it about apathy—it’s about balance.

Bonus quotes on the middle path:

“The more you work with balance, the more you can just sail through life. All forces are in harmony.” ~ Michael Singer

“A man should be in the marketplace while still working with true reality.”  ~ Sahi, Sufi mystic

“In the end only three things matter: how fully you have lived, how deeply you have loved and how well you have learned to let go.” ~ the Buddha 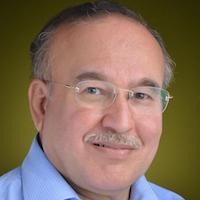