Dear White People: If you Haven’t Watched this Show, you Need To. 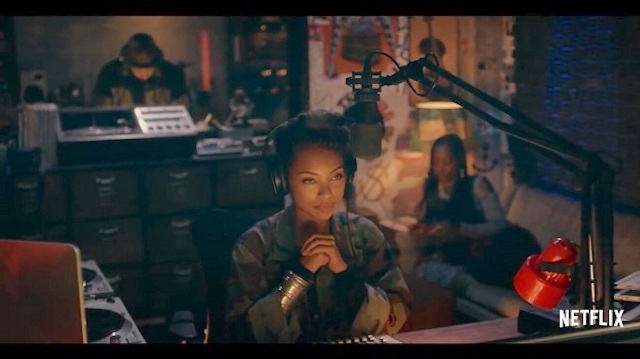 Until we acknowledge the barriers that separate us, we will continue to be divided.

It’s summertime, which means bedtime is almost nonexistent. This is a reality that I know (come September) we will be paying for; but, for now, it means that I have time to explore something I seldom do—Netflix.

Eh, even for the least television savvy among us, we can get down and vibe with the whole “Netflix and chill” bandwagon; but, for me, it’s a rarity to be able to sit long enough to actually watch something. So, when I had watched all the new episodes of “Scandal,” I decided to see what exactly was being said on “Dear White People”—an original series on Netflix.

I had first heard about the show through an article in Essence magazine, so when I saw the title come across my screen and read that it dealt with issues of race, I thought: “Perfect! Not only can I sit back and chill, but it just might stretch my mind as well.”

A win-win for anyone, really.

The show follows four college students (who attend a predominately white Ivy League school) who are trying to deal with racism in a society that tells them it no longer exists. The main character, Samantha White (played by Logan Browning), has her own radio show, entitled—you guessed it—”Dear White People.”

The opening episode shows Samantha demonstrating and proving just how black she is to her fellow classmates. Yet about 20 minutes in, we see that while Samantha has one face that she puts on to the rest of the world, it’s a white man that has actually captured her heart.

Maybe we can say that interracial couples aren’t as shocking as they used to be—such as the case of the Lovings shown in the movie Loving. But, the reality is that as long as it’s still causing controversy on our televisions, it’s still an issue in our daily lives.

Recently I talked with a friend of mine who is in an interracial marriage and has two beautiful children. I asked her to share her experiences with me. Part of me was hoping that I would hear that they’ve never encountered any sort of backlash because of who they fell in love with and chose to share a life with, but sadly, that was not the case.

In the years that her and her husband have been together, she’s received many comments about their choice to have children because it would make them biracial—implying it would be difficult and unfair for them. They’ve also been the source of contempt through eye rolls, sighs, or grunts while just out at the grocery store or traveling.

Perhaps one of the most difficult experiences my friend encountered was when she was told by a black woman that she didn’t appreciate their relationship because it was disrespectful to her. She said her husband was only with her because, “White women put up with their sh*t.” She even went so far as to say that eventually her husband would, “Come home,”—meaning back to a relationship with a black woman.

I had heard people talking about this show, saying that it is only reverse racism or that it only perpetuates black stereotypes. But, the reality is that by choosing not to acknowledge that people are still treated differently based on the color of their skin is to give a big thumbs up to racism.

It hasn’t been that long since African Americans were given the right to vote, to attend the same schools as white people, or even to marry someone from a different racial background. While all of those rights are now (technically) equal, it doesn’t mean that equality truly exists.

Dear white people, just because slavery is over doesn’t mean racism is.

The greatest irony I’ve encountered is the belief that by talking about this, we are acting racist ourselves—or, are going to somehow make these issues worse. The longer we view talking about race as taboo, then the longer we let this issue be carried down into future generations.

I loved this show—not because it isolates races, but because it brings them together (and the issues that they deal with) in a very real way. It also reminded me of how we are closing our eyes to the reality that still exists for people of non-Caucasian background. This is made so evident by the recent picture of the White House interns, depicting solely one skin color—even if there are different ethnic backgrounds present:

Nearly half of millennials are people of color. Trump's White House interns: pic.twitter.com/WLXNCA5TVj

Too many universities and places of employment are still predominately white, which is not an accurate representation of our nation—or world. According to the Brookings Institution, 44 percent of all millennials aged 18 to 34 are considered minorities, which in itself seems to be an outdated term.

There is no longer one ethnic background that truly is more prevalent than any other, especially with more couples marrying across skin color and ethnic backgrounds. But the concept of minorities does still change the way that we view the rainbow of skin colors that are apparent in our real lives, and how we view one another.

Which brings me to another point, dear white people: having one black friend that you talk to once a year doesn’t, in fact, make you multicultural.

It seems that what this show really is about is pointing out and then destroying the stigmas that are still attached to how we view ourselves when it comes to racism. There is still an “us” versus “them” mentality out there; and, rather than actually doing the work necessary to educate ourselves—or even simply expose ourselves to other cultures—we make excuses as to why we don’t.

Can any white person truly know what it means to grow up black in America? No. But that doesn’t mean that we still shouldn’t try.

Now to those that say, what about white people? Don’t our lives matter too?

Yes, they do. But we also haven’t been the subjects of racism and persecution. And we haven’t had our rights stripped away from us as we weren’t bought and sold on the market like livestock.

We haven’t been told (and shown!) that our lives matter less.

This isn’t about all lives mattering, but it is about awareness.

The reality is that there are still issues that African Americans are experiencing that are just not the societal norm for white people.

It’s not okay; and, until we can speak up and acknowledge where we are as a society, then we will continue to have issues on the national news and in points that hit closer to home but run under the radar.

The reality is these aren’t just black issues. These are issues of humanity.

Regardless of how much melanin we have in our skin, we are human and we are deserving of equal rights, which includes being able to be exactly who we are.

Dear white people, wake up and step up.