The Greatest Quest: The Search for Meaning & Finding our Calling. 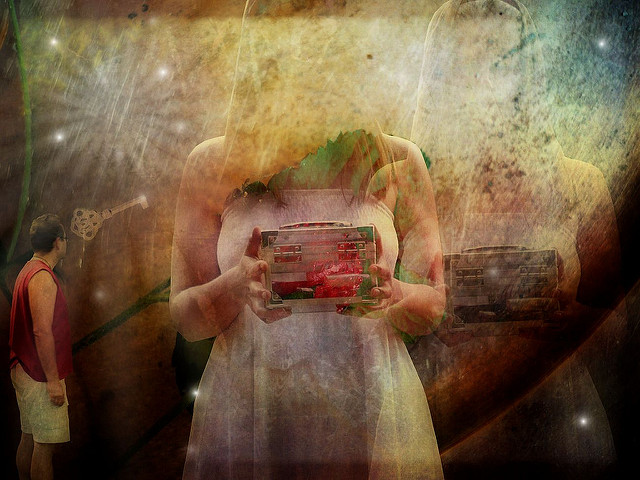 As seekers in the West, we seem to have lost our way in how we interpret capitalism and our soul’s yearning for spiritual sustenance. A spiritual void came out of disconnecting from the land and losing our traditional roots.

Aboriginal cultures are deeply rooted to nature and their connection to the land, and this means that they neither feel lost nor have the need to go seeking something, nor feel the need to achieve some magical goal.

Western cultures broke away from residing wholly in the body and placed more emphasis on the mental aspects. Whilst much was achieved through intellectual pursuits and human ingenuity (including the technology that allows us to engage with digital screens), what is missing are elements of the instinctual self that require integration.

Respect for the sacredness of all life-forms is part of the cultural heritage of indigenous culture. This rootedness in the earth and nature-centered ideology is far removed from the Judeo-Christian tradition of humanocentrism, which places the human being at the centre of the universe. The biblical tradition placed man as superior to other creatures; specifically in the verse of Genesis 1:26, it’s written:

“And God said, let us make man in our image, after our likeness: and let them have dominion over the fish of the sea, and over the fowl of the air, and over the cattle, and over all the earth, and over every creeping thing that creepeth upon the earth.”

Such an outlook breeds separation from the inferior-sounding extrinsic natural environment, especially that, according to this logic, it is man that is created in God’s image and not fish or any other creature (definitely not the creeping variety!)

Historically, Europeans have sought to dominate and suppress nature. This point of view has a concomitant bias against natural inclinations within the human personality. Rejecting parts of the self, particularly their natural instincts, has led to Europeans, in particular, to suffer from a form of cultural disorientation. This creates confusion about one’s inner nature and expression, conflict about who one is, and how one fits into the world.

One of the results of this spiritual gap is the personal development industry which attempts to fill this spiritual void, or bridge the gap between what we are and how we feel about ourselves. It is not necessarily doomed to fail, just so often misleading, as the spiritual sickness has a solution only found in nature, and in acts that ground and deepen one’s roots.

Carl Jung’s concept of individuation is helpful to broadly define the goal of personal development—the drive to achieve wholeness and balance. In Jungian psychology, one could understand individuation as “knowing yourself.”

What makes a person unique and identifiable as separate from another person is this process of individuation. Through undergoing experiences, a person’s innate qualities and unconscious psyche are gradually integrated over a lifetime into a healthy and whole self. Having seen many people yearn for personal transformation, it is important to recognise that no two people are alike. They may look alike, but spiritually be on a completely different page. Each path represents different phases of learning and growing.

In the West, people come from a place of not being whole and complete—whereas, in traditional cultures, there was a deep cultural understanding that we are born whole and complete, and nothing can separate us from this truth. Individuation naturally unfolds where a culture is in harmony with its environment. The Western opposition to its environment and enmity toward outsiders creates a disharmony, a spiritual gap, and, in many cases, a disunity within the maturation of personality. 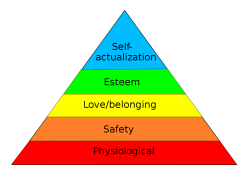 Psychologist Abraham Maslow, who investigated healthy minds as a counterpoint to Freudian psychology’s preoccupation with studying the sick mind, found that a healthy person must have a vision and belief in the achievement of his/her goals. Maslow described this tendency for self-fulfilment or self-actualisation as “the desire to become more and more what one is, to become everything that one is capable of becoming.”

“A musician must make music, an artist must paint, a poet must write, if he is to be ultimately at peace with himself. What a man can be, he must be.”

The change always comes internally within the self-concept inside a person’s mind.

“You will either step forward into growth, or you will step backward into safety. If you plan on being anything less than you are capable of being, you will probably be unhappy all the days of your life.” ~ Abraham Maslow

Maslow later expanded his vision to include a higher level of human consciousness —self-transcendence, or having a spiritual goal outside of oneself.

Viktor Frankl writes in Man’s Search for Meaning that meaning is at the highest rung of human needs:

“There is nothing in the world, I venture to say, that would so effectively help one to survive even the worst conditions, as the knowledge that there is a meaning in one’s life.”

Frankl goes on to write,

“Ultimately, man should not ask what the meaning of his life is, but rather must recognize that it is he who is asked. In a word, each man is questioned by life; and he can only answer to life by answering for his own life; to life he can only respond by being responsible.”

It is in philosophy that one begins to understand what is common to humanity and also what culturally separates us. The search for meaning is arguably a Western trait, as for indigenous cultures, meaning was never lost—all of nature is imbued with meaning.

In the West, if we do not feel significant and part of the whole matrix around us, then we are doomed to suffer the gloom of detachment and ennui. Solutions put forward for inner harmony may include an embracement of nature and nature-centered therapies. The awakening of one’s freedom, one’s calling, is the invocation of Spirit to break free of social conditioning and pursue one’s lower and higher nature. Self-actualisation is inherently achieved by listening less to the indoctrination of society, and more to the calling of one’s essence.

For Westerners, this may mean appreciating the rainbows in the clouds instead of painting pretty pictures with artificial light. It may mean feeling the call and following it to evolve how we see and create our world. Seekers will keep seeking until they are home in themselves. This is still a sacred path of discovery—unknown and unknowable without bravery, discipline, and self-sacrifice.