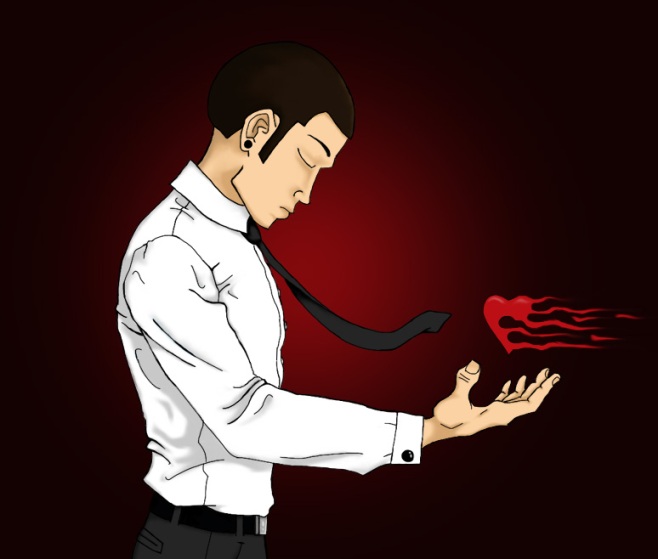 I was born a prodigy of the self-help movement.

My teens were a mix up of Louise Hay, Bernie Siegel, Wayne Dyer, Paulo Coelho, and James Redfield. My mom burned sage before it was trendy. The exposure made me ask myself from a young age who I wanted to be in this life.

As such, I made a promise early in my 20s. I decided that the world was a tough place and that it would be in my best interest to figure out how not to come back here. I promised I would be a really good human; to leave the least amount of karmic consequences behind me as I navigated through this lifetime.

I determined that if I tried really hard to do my best, I would have the power to avoid reincarnation. Or at least, if I had to come back, that my next life would be easier.

I laugh now at that promise and my reasoning. I laugh that I even thought I had some control.

I love my aspiration to try to do the best I could to get it right, though. I have worked hard to maintain that, despite feeling alone in my pursuits at times.

Here are five things I have learned since making my promise:

1. Doing the right thing doesn’t mean people will be on your side.

We all know that the right thing is not the easiest thing. It can be as simple as returning the proper change to a teller who overpaid you. More often than not, it requires self-reflection and accountability—things we don’t come by easily as humans.

Running my own business over the past 20 years, I have had to keep both of these in check. It has always been a goal of mine to run the business fairly with equal opportunity to all those who work with me. I want everyone to succeed and gain monetarily!

The ego-driven competition I have witnessed over the years has challenged this; the mentality of being the “best” is something I have had to negotiate out of people. It has been an ongoing pursuit to teach that we are all the best in our own right, and that everyone’s success is parallel to creating ease within a work environment and a strong company.

2. People will do what they want to do, and are often self-serving.

Our culture supports the notion that we serve ourselves first—like the demonstration the flight attendant gives us with the oxygen mask before the flight takes off. Except in most cases, we are not actually depriving ourselves of oxygen and perhaps being generous in our offerings is something we stand to gain from.

As a massage therapist, I have seen people who, at times, are lost and broken. It is my priority, when I see someone who is grappling with faith and hope, to help. That feeling that everything is going wrong in their lives makes me honestly ask the universe how I might be of service. I make it my mission to be as little self-serving as I can be. Sometimes, I have sent bouquets of flowers that far outweigh the cost of my hourly rate; sometimes I send just a card with well-thought out intentions. Sometimes, I let them walk out the door without paying their bill.

3. There isn’t a white knight always there to hold your hand—sometimes the battle is all yours.

This is my life. Most of it, I’ve walked alone. And it’s hard. First, we live in this world that measures success partially by focusing on us having “a better half.” Second, we make ourselves pretty vulnerable by standing out alone and being a trail blazer. We risk being the focus of gossip, judgement, and jealousy—things I have encountered on my path. I remember one occasion where I heard a woman—who I worked with for a long time and really loved—talk smack about me. She had no idea I could hear her. It crushed me.

4. Pay attention to red flags…and if you see them, turn around and run.

People show you who they are right from the beginning, so pay attention to who you let in the front door. Listen. Watch. Keep your nose to the floor.

I had a relationship with a man with whom I dismissed a lot of red flags—things that warned me to stay away. As a caring, empathic person, I gave it a wider girth than it deserved, assuming that we were on level playing ground. I was wrong and have since had to reckon with this. Learning to forgive myself for the damage it has done to my heart and mind has been a long and painful process.

Everybody deserves love in their life; there are no exceptions. You might be spiritual but you are not ethereal—it’s normal to want love—but never again overlook the warning signs in the pursuit of it.

5. Life has a way of catching up with us all—no need to police it.

I have learned that people lie. People steal. People have issues. Not all of us made some silly contract with the universe. Knowing who people are can be a burden to me. Not all of us are here for the same reasons.

A few years ago while doing a yoga challenge, I was inspired to leave a gift card taped to the back of a change room door with a note that said “buy yourself something nice.” I later learned by fluke that the lady who found it was known to be a very generous soul who was down on her luck that day. It was a good reminder of what I’ve always known to be true: that what we give out in life we get back, and that ultimately what goes around comes around.

For the rest of my life, I will have to do things like: take plastic out of other people’s office garbage cans and put it in the right bin for collection, clean up litter on the trails I use, be the bigger person when I am reckoning with an insecure person, and let something go if someone needs it so badly they feel they have to steal.

It can be a lonely thing doing the right thing. But a deal is a deal.