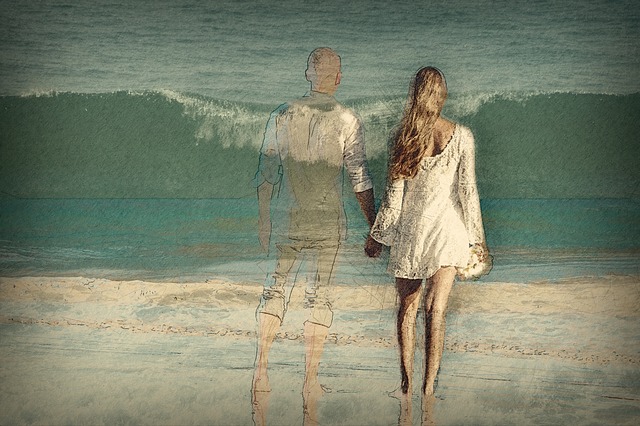 Human connection is everything.

To truly understand another person, and in turn be understood, is the most powerful thing in the universe.

Human beings are so dynamic and complicated that surely our relationships reflect those same qualities. This is why we must give the same attention to our relationships as we give to ourselves. It gets tricky when we start sharing ourselves with another person, because the relationship takes on a life of its own—one that is beyond the full control of either person.

What I now wonder, in regards to the tremendous power of human connection, is whether or not attachment is always a bad thing. Is it something we ought to avoid?

The answer is complicated. Buddhist teachings profess the immense value of detachment, the importance of not becoming identified with the world of form, but I don’t believe most of us have any real idea about what this means or what it really looks like.

To state the obvious, attachment can be a bad thing, particularly in the context of intimate relationships.

When we become attached, our deepest longings and most heartfelt desires (that likely arose in our childhood) are clinging themselves to the other person in an attempt to feel fulfilled. If that person ceases to live up to our expectations, we feel as though the deepest elements of our being are under attack. This is why relationships can become so ugly: we literally feel like the other person is making a concerted attempt to murder the most intimate aspects of who we are.

That is, obviously, not a good place to be.

Here’s the thing, though—I don’t think attachment is entirely avoidable, nor do I think it’s healthy to attempt to avoid it entirely.

Our general sense of what it means to be detached is skewed and unrealistic. To say, “Attachment is the problem, so I am going to do everything in my power to detach from it all,” ultimately just subjugates ourselves to another form of attachment. It’s another ego game. In attachment, we cling to something, and in detachment we cling to the idea of not clinging to something.

I don’t think we should practice detachment if we wish to honor human relationships, at least not in the sense I just described. Rather, I feel as though the only way to prevent ourselves from becoming unhealthily attached is becoming more aware of ourselves.

Awareness is always the key.

The more cognizant we are of ourselves in relation to others, the more likely we are to “check ourselves before we wreck ourselves.” If we are highly attentive to ourselves and our actions, bring the whole of our perception in to each interaction, and are aware of our own (and the other person’s) patterns, then we are in a position to maintain healthy and fulfilling relationships.

Easier said than done, I know.

A good place to start is not putting too much pressure on ourselves to be a certain kind of person. Our relationships will manifest however they manifest. We should be more invested in staying true to ourselves than in living up to some weird idea of who we think we are. In essence, be relaxed and be yourself, because being in relationship is truly a privilege, not an obligation.

We will get attached to other people, especially in romantic relationships. This is not necessarily a bad thing, in my view, unless it comes to harm us (which it often, eventually will). The best thing we can do is be as aware as possible of our own emotions, as well as keep a firm grasp on the dynamics of the relationship to the best of our ability.

I wrote an article awhile ago about the beautiful tragedy of life. I discussed embracing the whole of life, with all of its sorrow and all of its grace. In the words of Eckhart Tolle, “The world of form is a playground. You play around with the world. You take action. You relate. But you don’t get lost in it.”

We don’t strive to live in a perpetual state of forced detachment; rather, we engage in the world to the greatest extent we can without fully identifying with the forms that seem to make it up.

This is true detachment.

Get attached. Get hurt. Learn from it. Let’s expand our perception through playfully thorough engagement with the world around us, allowing ourselves to feel the broad spectrum of human emotion. Let us never lose our passion for life, even when we are in the darkest of places.

Through my bouts with severe chronic illness, I have wanted to become detached from it all, to let go of everything, and die to the world. I have learned this is not the way. For one, it is not possible to achieve such a state, but even if it was possible it would remove myself from an intrinsic aspect of the human experience.

Love and suffering are two sides of the same coin. We cannot have one without the other, and nor should we. The more suffering we endure, the greater our capacity for love becomes.

In the end, we don’t need to be totally detached. Attachment is a natural byproduct of love; all we need is to be aware of ourselves, the other, and the relationship as best we can. See our attachments for what they are and continue on.