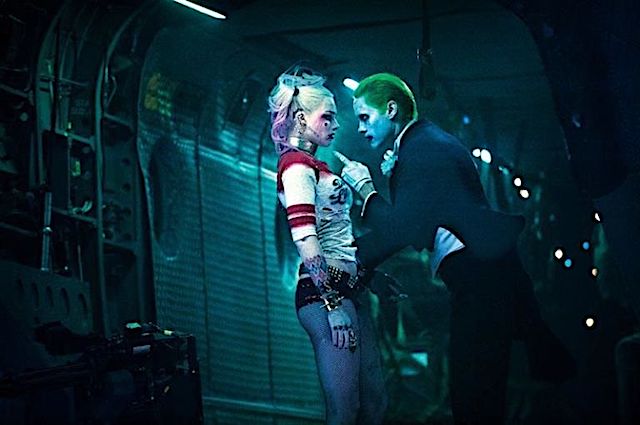 To read Part 1 of this article, please click here.

Abusers will make their victims feel as though the abuse is somehow their fault—that they earned this by being stupid, by pushing the abuser’s limits.

So between the two methods that I’ve discussed, we should already see that there are two huge, glaring problems here: the victim knows the abuser, they love them, they don’t want to hurt them. They see them for a vulnerable, hurt person already, someone who will be broken to see their victim leave—and this is an image that the abuser will most certainly perpetuate, telling their victim again and again that, if they leave, they will never get over it, they might even kill themselves, or disappear forever. It’s really hard to condemn someone you love to that, especially if you actually believe that they will go through with it.

And then, on top of that, the victim already has low self-esteem, something that they might have come into the relationship with already, but which most certainly hasn’t been helped by the abuser. They don’t think that they can live on their own. They think that they’re too stupid, too worthless. If it wasn’t for their abuser, then where would they be?

This is something that happens to Harley Quinn, as well. It is a running theme throughout many of her narratives—her recognizing her abuse, starting to leave, and then being pulled back in. As I’ve talked about the “Mad Love” episode a few times already, I might as well continue with that, because this is a theme in that storyline, as well.

After the aforementioned throwing-Harley-out-a-window scene, we later see her in the hospital, bandaged up from head to toe with her arm in a sling. During this scene, we as the viewer hear her inner monologue about how she’s decided that she’s done with the Joker, that this was the last straw—she is not going to go back to him. She then takes note of a flower by her bedside with a note reading “get well soon—J”, and upon seeing it, she starts to swoon, and the viewer knows that she will be going back to the Joker after all.

And why? Because he made an attempt to reach out to her. He did what he could to show that he cared about her, that he wasn’t going to hold a grudge or end the relationship. And as long as he is still willing to try to make it work, she still wants to try as well.

In real life, different abusers will try different tactics to the same ends. They might promise that things will be different. They might apologize profusely, say that that “wasn’t them.” They might deny that what they did was abuse and claim that the victim is being cruel and unfair. And especially if the abuser and the victim have children together, they might try to use them as a reason for why they should stay together, why they shouldn’t “give up” now.

And in many cases, the victim wants to believe the abuser because the victim does love them and want to help them, or they don’t want their children to have to live in a “broken home,” or they might still be afraid of what life without their abuser might look like—especially if they continue to see themselves in the way that their abuser has described them.

There are many, many reasons why an abuse victim would choose to stay with their abuser, and it is cruel and belittling to refer to them as “stupid” or “useless” for doing so.

But despite these reasons, despite what rationalizations victims come up with at the time, they should not stay with their abusers. There are no reasons good enough to keep yourself in that sort of situation.

If you find that you are in a situation similar to the one I have described, if you are being abused either physically, sexually, or emotionally (and the latter can hurt just as much as the two before and is just as important to address here), then you need to get help. Try to talk to either a friend or family member if you can, but if you can’t, there are plenty of resources for you out there: if you are Canadian, here are a list of resources for victims of crime (including domestic abuse), and here are a list of resources if you live in the United States.

And, as I hinted at before, part of the reason why I love Harley Quinn’s character is because she discusses these issues so openly, in a way that not everyone is always comfortable with. Some people might say that she’s stupid and useless because she has a hard time leaving the Joker, but I say just the opposite: she is a necessary character in our media because she shows just how hard it is to leave an abusive scenario.

And more than that, especially in recent comic book or video game adaptions, she has managed to separate herself from her abusive past. In her comic book solo series (Harley Quinn #25, for those of you who are curious), Harley actually confronts the Joker and decides, once and for all, that she is absolutely done with him, that she will never have anything to do with him again. And in the recently released video game Injustice 2, Harley Quinn not only has her own gang and her own independence, but she actually reveals (through an encounter with Scarecrow, a villain who is capable of forcing people to experience their worst fears), that her greatest fear in life would be returning to the state that she was in when she was with the Joker.

As time goes on, the writers of Harley Quinn are becoming more interested in developing her strength, helping her to overcome her insecurities, and move past being a victim of abuse. And that is such an important image for us to have in our media, because too often, victims of abuse feel as though they can’t stand on their own, as though they aren’t strong enough. And Harley Quinn is proof that you can do it—you can pull through, you can build yourself back up again, and you can look fabulous doing it too.