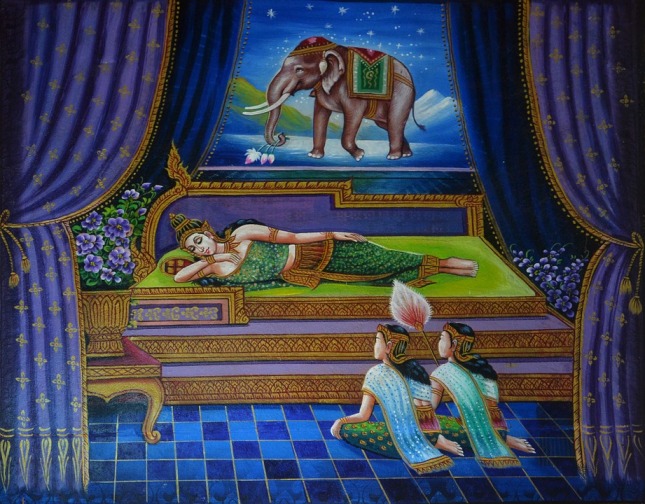 “Being unable to cure death, wretchedness, and ignorance, men have decided, in order to be happy, not to think about such things.” ~ Pascal

It is said we live in hedonist times, in which mankind is lost in an almost maniacal search for pleasure and happiness.

In the Declaration of Independence, Thomas Jefferson even mentions the “pursuit of happiness” as one of our inalienable or natural rights. More than a couple of centuries later, it seems Mr. Jefferson got the “pursuit” part right anyway.

Today, though, it seems the attainment of happiness is more elusive than ever. Even if we taste happiness momentarily, it seems fleeting, ethereal, and ironically unsatisfying. Happiness, it seems, is a ghost beyond our grasp.

Perhaps Pascal was correct in seeing that it is not imaginary and elusive “happiness” that we seek, but merely something for our mind to focus upon rather than our impending doom. It is not a goal of happiness that we seek, but a distraction from the consciousness of our mortality and all the pain and suffering involved in consciously embracing the impermanence of life. Fleeting bliss is soon eclipsed by restlessness and anxiety, because if we pause and attempt to embody happy feelings, other feelings flood into our consciousness intruding on our revelry.

Like a shark, our conscious minds must keep moving for its illusions to survive.

It is interesting that Pascal chose the verb “to cure” in describing our struggle with death, wretchedness, and ignorance. If these aspects of life were truly diseases, we remain afflicted—and not from the lack of medication. We have concocted an alarming number of addictive potions and a witches brew of hallucinations to numb our senses. We have become so creative with our “cures” that we have transformed almost everything into an addictive drug. Even simple technology—our televisions, computers, and phones—pull us into their spell and help us to momentarily forget our wretchedness.

If death and wretched ignorance are diseases, then surely we are in the middle of an epidemic. Wouldn’t it be ironic if instead of fending off death and suffering, we embrace our few moments of mortality to find a depth of peace and equanimity in the simplicity and tragedy of our existence?

The pursuit of happiness, then, might be the impediment to real happiness.

Perhaps the solution is to allow our hearts to break open, and rather than “thinking about things,” we began to simply accept and embrace each blessed, awkward moment between life and death.

The Buddha’s first noble truth was that mortal life is suffering. This is not Pascal’s “wretchedness,” but knowing we cannot experience the full spectrum of incarnation in this world without being overwhelmed and awed. Our soul thrives in such infinite possibility, but our conscious mind cowers in terror, seeking any means to escape. Our primal urges are “fight” or “flight” and, generally, a first-class ticket to Fantasyland is the preferred option.

Being compassionate, Buddha gave us another option other than denial and addiction to end our suffering, which is simply to die to our illusions.

It is said that all fear stems from the fear of death—so if we embrace our mortality, rather than run from it, then the frenzy of fears around which our lives are formed crumbles to its foundation beneath our consciousness. A shift occurs from frantically attempting to beat death of our mortal selves to a deeper sense of an immortal self, ironically underpinning our mortality.

There are a variety of means and methods to train our conscious mind to trust and to become enveloped by an awareness of the self through our bodies and linked to all of creation. It is not happiness we seek, but integration and equanimity with our infinite Source. It is that integration of our mortality with immortality that infuses us with contentment, peace, and compassion.

It is then our pursuit ceases, and we can finally rest.

The Problem with Positive Thinking & What to do About it.