How Darwin’s Theory can Strengthen the Modern Spiritual Path.

One of the deepest interests in my life has been the relationship between science and spirituality.

My childhood days were spent fantasizing about being an astronaut. As a child of the space age, I remember very clearly gazing up at the moon in wonder, knowing that humans were actually walking around up there. Subsequently, my adult life has been an ever-unfolding journey of learning about how things work, but also about why they matter.

I have enjoyed great conversations on this subject with eminent theologians, and scientists like John Spong and Neil Degrasse Tyson. As a dharma teacher, I have lectured on this subject at universities and at religious conferences.

The most common issue that arises at this intersection of science and spirituality is around evolution. For many people, Darwin’s theory was inspired by genius, but it simultaneously created a sense of dark fatalism. Some also point to the terrible uses of the theory, as in eugenics.

Darwin’s ideas were received by humans still quivering with the anxiety of their self-conscious ancestors who sought to understandably calm their fears by believing in powers and deities that they imagined were in control of what seemed to be a most chaotic existence.

As a result, Darwin’s message was not heard as a way to understand our interconnectedness, but as a threat to our uniqueness.

It challenged the notion that we were superior to—and the masters of—the animal world. This perceived threat left Victorian culture reeling in repression of all things sexual and animalistic, repression that was visible in many areas of life ranging from the growing number of utensils at the dining table to the names of certain foods that had to be delicately changed to hide supposed hidden sexual references (a turkey leg became a “drumstick;” the breast and thigh took on euphemisms like “white meat” and “dark meat”).

In the context of this world, some took Darwin’s insights to mean that human life was un-special and meaningless, a nihilistic arena where only the strong should survive. In the marketplace, the attitude of laissez-faire left the buyer victim to the deceit of the seller. Horrible acts of genocide and social engineering would be carried out in the twisted image of a “dog-eat-dog” world, where only those with “superior” genes would rule.

But is this really what Darwin meant? Did his theory really say that we are just hosts to the parasitic, blind force of gene expression? Was his intention to bring humans into a dark despair where survival of the fittest is the only law?

I would like to offer an alternative view—starting with the man himself, as I believe his story has been co-opted from what may have been his actual spirit.

A different understanding may be able to inform and enhance our spiritual practice.

If we look at the latest research, we realize that the dark perceptions of Darwin’s ideas are far from the truth. As a young student, he moved from his quest to become a clergyman to follow in the footsteps of his botany professor, John Stevens Henslow, who actually understood scientific work as a form of religious natural theology. Darwin was also inspired by his relationship with the taxidermist, John Edmonstone, a former slave in Guyana who was taught taxidermy by the naturalist Charles Waterton, and was later brought by Waterton to Edinburgh to be freed. Edmonstone would become a friend and neighbor of Darwin’s, and tutor him in the preservation art at Edinburgh University.

I am suggesting that within Darwin lied two identities: that of a scientist propelled by a deep need to understand how life worked and that of a passionate abolitionist. He suggested that we were all interrelated and that those of a darker skin color were not a subhuman species, but a part of a common human ancestry that did not deserve to be enslaved.

His theories embraced the radical view that all life was engaged in an evolutionary dance of oneness, illustrated by mutation and adaption, and that we could begin to see the natural world and all humankind as one organism, striving for wholeness.

And what does this mean for me today?

Can I actually begin to see my fellow human beings, no matter their culture, religion, or gender, as part of myself whose happiness and well-being are intimately tied to my own?

Can I realize that my fulfillment can never truly be complete until you are fulfilled, too?

Can I realize that my safety is a precarious achievement unless you enjoy the same?

Can I work for your freedom, knowing that it is my freedom?

So as a result, I offer you my humble opinion that Darwin has actually imparted to us a wisdom that can continue to help close the gap between how things work and why they matter in the contemporary world—a gap that, if left unhealed, could be perilous for our planet. 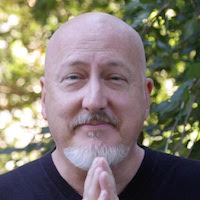