How we can Lean into Plastic’s Painful Legacy & Make a Difference. 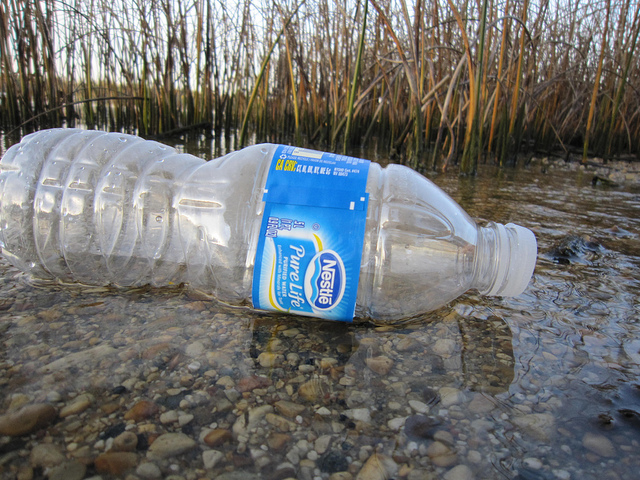 Reading the next paragraph may give you the urge to want to turn away—but don’t.

Sit with the discomfort.

Use it as a motivator—a reminder that our relationship with plastic urgently needs to change.

Last night, I saw a video clip of a sickly whale that had been mercifully shot to death. The giant carcass was cut open, and inside, there were 30 plastic bags.

Google the words “plastic and animals.” The images that appear on your screen are something the imagination couldn’t even conjure—seals with plastic embedded permanently in their skin, birds that have had their beaks rendered useless by pop-bottle rings, and dolphins with fishing lines lacerating their bodies. 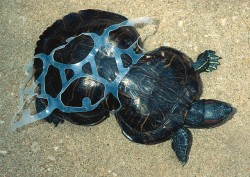 Animals are suffering—some maimed for life, others suffocated to death.

It makes me nauseous.

This feels so bad. Our emotional reaction means we intuitively know better. Our urge to turn a blind eye is validation that it’s wrong, and that we feel helpless to do anything to change it—but we can.

Plastic is a menacing issue. Even those who are hell-bent on keeping their heads buried cannot ignore that there are swirling plastic masses throughout our waterways—a devastating 8 million tons of plastic oozes into the oceans per year.

On any given day in the United States, 88,000 tons of plastic is discarded.

If our ecosystems are already burdened with plastic, what does the future look like? It is estimated that by the year 2050 there will be enough plastic in the ocean to outrank fish.

Plastic is an epidemic that is raging out of control. Kenya recently made headlines when it imposed a ban on plastic bags that, if not complied with, would cost $19,000 or jail time. In Rwanda, bags made of plastic are illegal. Forty countries across the world, including China, are enforcing regulations and taxes to discourage bag use.

However, we don’t need governments to enforce the right thing to do. In fact, history dictates that governments are often biased by external influences. And clearly, they aren’t moving fast enough in addressing this issue.

“Goodness isn’t accessed by obeying laws; rather, it is what resonates in your essential nature. You don’t need any sort of code to decide what is proper, good, moral, ethical, or legal.” ~ Wayne Dyer

The first aggressive task we collectively need to do is to rid our culture of any single-use disposable plastic. If remembering to use reusable bags, straws, and cups became as important to us as putting on underwear, we’d be in the game. Over 200 cities have already joined together against disposable plastic bags.

Here are some easy things we can do to make this happen:

>> Wet wipes contain plastic, so use a cloth.

>> Always recycle—in the United States, only 31 percent of bottles are recycled.

>> Buy a reusable straw, and put it in your car or purse.

>> Request no lid and no straw on any to-go cup if you do purchase one.

>> Buy loose vegetables and fruits—ones that aren’t covered in plastic.

>> Purchase cloth produce bags. (They are readily available at many health food stores or online.)

>> Buy reusable cutlery, and put it in your car or purse.

Beyond disposable plastic, there is a huge surplus of reusable plastic everywhere. Higher expectations need to be made of companies for accountability. After all, these corporations—through their primary concern with the bottom line—are responsible for the plastic plight we face.

Plastic never dies, so how do we embrace it in all of its ugly glory?

A North American company, named Ice Rivers Springs, is headed in the right direction. This water-bottling company is taking things to another level through its closed-looped recycling facility and its production of a brand that has 100 percent recycled content in its bottles.

Here is a breakdown of the things this company is excelling at:

>> They have made a major investment in their own recycling facility.

>> Their bottle caps use 44 percent less plastic, and their 500-ml bottle is the lightest in North America.

>> They use heavy-duty trucks that haul more—and in turn, reduce road miles.

>> They coordinate trips from deliveries and pick-ups, and their bottling plants are in proximity to major markets to reduce road miles.

>> They have planted over 70,000 trees in the past 17 years across their properties.

>> They use 78 percent less energy and emissions than the average for packaged beverages.

>> Items made of plastic that can’t be used to create bottles are shipped to a partner company to make furniture.

Someone needs to send Nestle and Pepsi-Cola the memo. There isn’t enough money in the world to make the damage that plastic is having on our planet acceptable. Nobody feels good about a child floating on his back in the Ganges River smothered by plastic bottles or the image of a paddle-boarder in Guanabara Bay during the last Olympics, whose aerial view selfie showed him submerged in a stew of debris.

Sweden and Norway are prime examples of how to make it happen; while the rest of the world has too much garbage, both of these countries have deficits in garbage. In fact, they are now looking to neighboring countries to utilize some of their garbage.

Sweden is such a model of success, that since 2011, households have sent less than 1 percent, per year, of trash to landfills.

Here, in North America, we have the same potential—but what we need is heavy investment in recycling and energy-recovery plants. In addition, we need incentives like bottle deposits and accessibility to recycling collection depots.

Think about the possibilities if North America were to become like Sweden and Norway—if we had to enlist help from other countries by buying their trash? This would circulate money to those who are impoverished and be a down trickle of change that could affect the entire planet.

“Be the change that you wish to see in the world.” ~ Mahatma Gandhi

Ice River Springs is a blueprint which reveals there is another way. It is evidence that a corporation can have a bottom line that includes the environment. Its savvy approach to this hurdle sets the bar for all companies to aspire to.

We are an intelligent race. Choose to feel the ache of this problem—and then, choose to change. By looking toward solutions, we engage with the limitless potential of new possibilities. The answer to this plastic quandary is here, if we demand it of ourselves and corporations.

A Yogi’s Guide to going Plastic-Free.