“I Look Fine, but No One can see my Pain”: Living with an Invisible Illness. 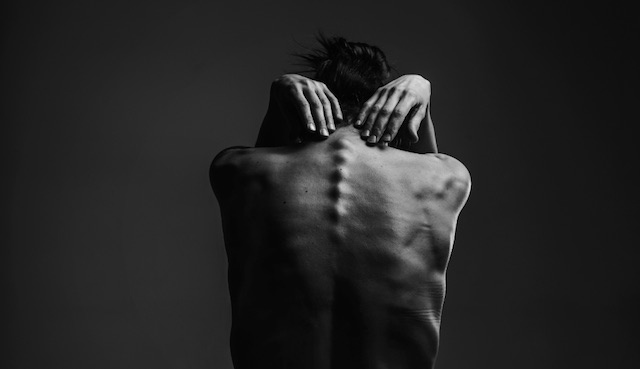 I am fine—but not really. I mean, I’m fine in the sense that I’m doing the best that I can, and I find some sense of peace in not resisting the hand that’s been dealt to me. I welcome transcending my current physical state, knowing my being is whole and well. But, on the other hand, I’m tired—and not what most people know as “tired”—and live with constant pain.

A year ago, I was diagnosed with fibromyalgia. (This diagnosis should have come many years ago, but that’s another story.) The doctors had to convince me I had it, since as a benefits manager, I’d always thought of it as something people used as an excuse to not work. After all, their short-term disability claims were denied most of the time. Why? Because there’s no blood or imaging tests to prove it. To me, it wasn’t a credible reason to not show up in the office every day.

Now here I am. Struggling to get through the day, 365 days a year.

Without getting into the technical reasons of why fibromyalgia makes one feel like crap, there are a myriad of symptoms that aren’t obvious to the onlooker. I can only speak to my own, because fibromyalgia (and any condition that encompasses chronic pain or fatigue) is not a one-size-fits-all experience. If you have fibromyalgia, it may present itself completely differently for you.

For me, most of my symptoms fall in the invisible category. I know I look “fine”—but no one can see my pain. People may see me shift around in my seat a lot, trying to alleviate the aching (and that’s not even always the right word for it, because sometimes it’s stabbing, throbbing, or pulsating) in my neck, back, shoulders, arms, hips, and legs, but they may think I’m just restless. They probably don’t count how many times I run to the bathroom (irritable bowel is no joke). They can’t see through my eyes, which are sensitive to light and often blurry. They don’t know I suffer from headaches and dizziness and light-headedness and, at my worst, brain fog. (What was I saying?)

On the phone, over social media, in texts, and even in meetings at work, I may appear upbeat and positive. On the inside, though, I often struggle with anxiety and depression. I haven’t mastered a constant state of transcending my physical suffering, but I’m trying. People can’t possibly understand my level of fatigue, unless they had happened to be sleep-deprived for years.

Let’s talk about the fatigue for a moment because, for me, that’s the worst part. Imagine you plug in your nearly dead cell phone at night into its perfectly working charger. When you awake seven to eight hours later, you unplug it and find it’s only at 20 percent battery. The “Low Battery” warning comes on and asks you if you want to put it into low power mode to conserve what little energy it has left.

It doesn’t matter if I sleep eight hours a night without waking, I always wake up exhausted. I somehow survive in “low power mode” every day. Often on a work day, my battery is long past dead before I even get home. Even on a weekend day with family obligations, such as grocery shopping or running other errands, I’m in bed by 7:00. Sometimes I muster the ability to go for a hike or meet friends out for dinner, but then I crash. That means I wake up with 10 percent or less battery charge the next day.

Mind you, I’m speaking from a place where I’ve been in what they call a “fibro flare” for over a year. There are bad days and worse days. I haven’t had a good day for a long time.

The hardest part for me about its cloak of invisibility is when others don’t seem to believe I feel as bad as I do. Maybe it’s the frustration of me being unable to explain what I mean when I say, “I’m having a bad day.” I feel like I should walk around with a pain and fatigue scale chart hanging around my neck. “Today, I’m a 7 out of 10 for pain and 9 out of 10 for fatigue.” Often I try to explain it, and someone without the diagnosis says “me too,” but I know they have good days whereas I don’t. I try not to let that get to me.

Ian Maclaren said, “Be kind, for everyone you meet is fighting a hard battle.” There have been many versions of this quote, but the point is that you never know what is going on behind the facade. That smiling person over there may be hiding an invisible illness, not because they want to be sneaky, but because they don’t want to always sound negative when asked, “How are you?”

Until I find a better way to manage my fibro, I will settle for the confines of fine. The guise of good. The optimism of okay. Because fine, good, and okay are a lot better than not living what Mary Oliver refers to as this “one wild and precious life.”

What I tell my kids as they go through school also applies to my invisible illness: “It doesn’t matter what other people think of you. You know who you are, and that’s enough.”

Sometimes we simply need to listen to ourselves.

How we can Live Mindfully with Chronic Pain. 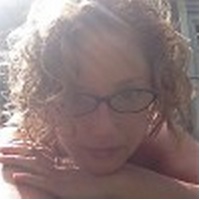