Because I didn’t See anyone like Me, I began to Wonder what was Wrong with Me. 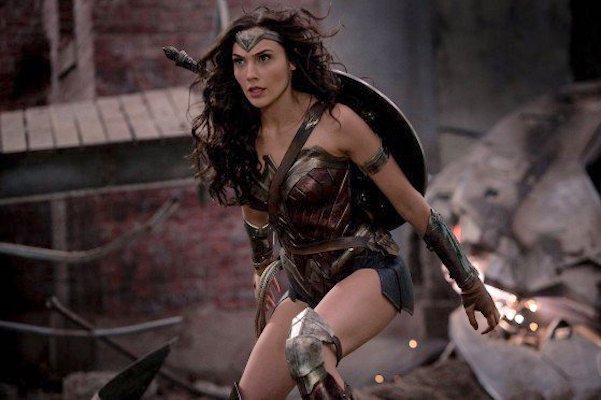 It is a multi-faceted issue, as well, and one that can be discussed from several different angles: what kind of representation is good representation? How much representation is enough? When it comes to fiction, can we represent minorities through villains, secondary characters, or stereotypes?

But there’s another question that I see come up again and again when it comes to representation: quite simply, is it important? I mean, I don’t think that there are many people out there who would argue that people don’t deserve to feel empowered, or to look up to someone.

But when I see this question discussed, I often see the same response come up: that things like gender, race, sexual orientation, and so on, shouldn’t matter. That a young, Chinese lesbian should have the ability to look at a straight white man and still see herself in him, because at the end of the day, we are all people, and we all share a basic human experience.

Now, I won’t deny that there is some truth to this statement. Some. To use my personal experience as an example, I am blessed to say that my gender is represented well (albeit, not perfectly) in my chosen career of being a writer.

When I was a little girl, I still grew up with the story of J.K. Rowling being forced to abbreviate her name by her publisher because they were concerned that boys wouldn’t read a book written by a woman. Nonetheless, there were plenty of women writers that I could look up to. I saw myself represented in that industry, and so I never had a doubt that I could exist there. And therefore, I had no problem looking up to female and male writers alike. Because at the end of the day, a good writer is a good writer, and there are plenty of male writers who explore themes and issues that I understand and relate to.

But in this specific instance, I saw myself represented. I knew that women could be writers. There are plenty of industries where this isn’t the case. Although women in the United States hold approximately half of all jobs, they represent less than 25 percent of jobs in the fields of science, technology, engineering, or math.

In 2015-2016, women made up only 16.3 percent of CEO positions and 28.5 percent of key management personnel positions. In the United States, there has literally never been a female president (and only one non-white president). So when we’re talking about young girls aspiring to enter into these roles, representation suddenly becomes much more important—not just so that you can know that it’s possible for you to enter into that field, but so you can know that you will be accepted and taken seriously in it, as well.

Representation matters more and more in areas where people aren’t generally represented. And how do I know this? Well, because, while I’m a writer, I also happen to fall under another label, one that I very rarely see represented in the media, or represented well for that matter: I am a bisexual woman.

And growing up, I rarely saw myself in the media. I saw gay and lesbian people, sure, but their experiences didn’t always match up with my own. I saw straight people all the time, but their experiences didn’t align with mine either. And because I didn’t see anyone like me, I began to wonder what was wrong with me. Was I the weird one? Did I even truly exist, or was the way I felt some sort of elaborate lie I was telling myself so that I could feel unique and different?

And when I wasn’t feeling this way, I was feeling like I was something gross, something unlovable. Because when I did see myself represented, I saw myself portrayed in hugely unfavourable ways. Bisexuals in the media were manipulative, or they were serial cheaters, or they were just used as one-night stands and nothing more.

One of my first exposures to the existence of bisexual people was through a talk show that I saw when I was really young—maybe four or five—where a man was trying to decide if he should leave his wife because he found out that, before they were married, she had dated a girl, and he didn’t think he could handle that. At the time, I thought this was stupid, because who she had dated before shouldn’t have any bearing on what their relationship was like now, but I was still young, still forming my identity, and I won’t deny that it sort of made me internalize this idea that I could never have a fulfilling and healthy relationship because of how I was born.

And none of this is to say that I couldn’t relate to straight or gay characters in the media. I could. There are plenty of characters on either side of the spectrum that I respected, looked up to, and wanted to emulate. But on this specific issue, none of them were helpful. They couldn’t help me feel better about myself because they weren’t like me.

It took me a long time to undo the damage that a lack of representation had done to my self-esteem, and the way that I managed to start doing this was actually by seeking out what little good representation there was to be found out there. I found blogs and websites dedicated to real bisexual people discussing their experiences, which helped me to understand that I existed, and that my feelings were valid.

Especially when you’re young, when you don’t see yourself represented often, you tend to not question the media that you’re seeing, but yourself. When you’re an overweight girl and all the beautiful women are represented as thin, you begin to wonder if you’re ugly. When you are not white, but the majority of people in positions of power are, you begin to feel powerless. When you get a little bit older, you develop the ability to question these ideas, but by then the damage is often already done. By then, you’ve already internalized that you’re ugly, that you’re powerless, that you’re unlovable, that you don’t exist.

So, yes, a black boy can see a white character in a movie and relate to his internal, human struggle, but he cannot relate to his racial experience, and his existence is not validated by him. That is the difference between relating to a character based on their narrative or a figure based on their achievements, and relating to a character or a figure because they share a common experience with you.

That is why representation is important: because when you don’t see people like you doing what you want to do, you begin to wonder if you even can do it, whether that be something as difficult as pursuing a certain career, or something as simple as being who you truly are.

And regardless of who you are or how you were born, you deserve to be told that you are powerful, you are capable, and you are lovable.