Not All Absent Fathers are Dead-beat Dads. 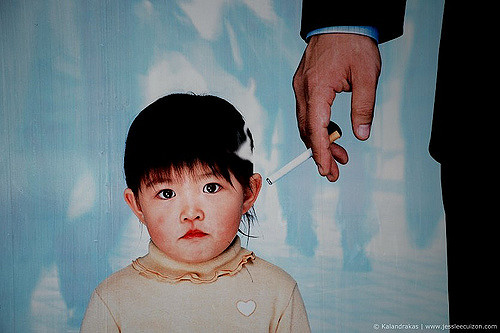 What if there aren’t as many dead-beat dads in the world as we think, but instead more vengeful moms out to cause pain?

I understand that this question is going to ruffle feathers and make more than a few mad, but my intent is to build awareness and start a dialogue.

Here’s my disclaimer: I completely understand that there are, in fact, fathers and mothers who walk away from their parental duties. I am also painfully aware that there are many instances of abuse and neglect of parents both married and unmarried. This article does not pertain to these two groups.

A year ago, I hadn’t heard this term, but had seen a few cases where one parent withholds the children from the other.

A year ago, I believed there was a large population of dead-beat dads—you know, those men who rarely see their kids, shirk their financial responsibilities, and live a life of freedom while the mothers slave away raising the children.

A year ago, I had no idea the pain and anguish one person could cause another by manipulating children.

Then it happened—I saw firsthand the manipulation of a mother attempting to remove the father from the child’s life.

Let me paint a picture: A man and woman separate, and after a year of divorce-induced bitterness, the man moves in with a new girlfriend. Eight days later, the ex-wife claims he is abusing the children. These claims are later found to be completely untrue—but he loses his job anyway. Then, she begins to withhold the children during visitation. An onslaught of court motions follow. The ex-wife continues her campaign to creatively withhold visitation and to make visitation difficult. Her extreme battle of court motions (more than 100 in five years) forces her to lose her home and the ex-husband into bankruptcy.

Sounds far-fetched, but unfortunately it is actually happening, and because court systems are understaffed and overworked, many of these cases are going undetected, which leaves children being raised in one single-parent household, rather than by two loving parents.

Parental Alienation is the “programming” of one parent in a divorce to force the child to choose sides, alienate, or in extreme cases even hate the other parent, according to a 2013 article by David Kruk in Psychology Today.

Psychiatrist Richard Gardner developed the concept more than 20 years ago, defining it as “…a disorder that arises primarily in the context of child custody disputes. Its primary manifestation is the child’s campaign of denigration against a parent, a campaign that has no justification. It results from the combination of a programming (brainwashing) parent’s indoctrinations and the child’s own contributions to the vilification of the target parent.”

Dr. Amy J.L. Baker points out that cults offer a useful heuristic for understanding parental alienation syndrome in a 2008 Sociology Today article, saying, “Alienating parents appear to use many emotional manipulations and thought reform strategies that cult leaders use.”

Overwhelmingly, experts point to the parent’s inability to separate out the marital conflict from parenting and what is in the best interest of the children. The perpetrator has convinced themselves that the target parent is a bad parent, based on real or perceived wrongs stemming from marital conflict rather than actual child abuse or neglect. The perpetrator then uses a variety of techniques to further their goal of alienation: bad-mouthing the other parent, limiting contact, removing pictures of the other parent from the home, forbidding discussion about the other parent, instigating false abuse charges to give the impression the other parent is a danger or threat, subtly or overtly withdrawing affection, and removing the target parent’s extended family from the child’s life.

Mental health professionals are regarding Parental Alienation as a form of child abuse.

Kruk states, “Every child has a fundamental right and need for an unthreatened and loving relationship with both parents. To be denied that right by one parent, without sufficient justification such as abuse or neglect, is itself a form of child abuse.”

It’s easy to label men who leave their families as just being a “dead-beat dad.” But after witnessing Parental Alienation for myself, I wonder how many parents are systematically erased from their children’s lives.

With the assistance of social media movements and men and women standing up against Parental Alienation, our society must take a stand to protect the welfare of the children. Here’s how:

1. Recognize that a bad partner does not necessarily mean a bad parent. Divorces and breakups happen for a variety of reasons, but typically it’s issues between the two spouses. Separating out the relationship problems from parenting is crucial. If there is no neglect or abuse, then allow both parents to be involved in the lives of their children.

2. Always keep in mind what is in the best interest of the child. Having two parents—unless there are substantiated claims of abuse or neglect—is always better for the child. Kruk points out in his article that there are well-documented and often long-term effects of children who experience Parental Alienation, including depression, low self-esteem and self-hatred, substance abuse, and lack of trust.

3. Understand that Parental Alienation is a form of abuse. Abuse is often characterized in the physical sense, but abuse (the cruel treatment of someone) can also be emotional and psychological, regardless of the intentions of the perpetrator. In the case of Parental Alienation, the alienating parent is attempting to inflict emotional injury on the target parent. The victim here is not only the target parent, but also the child who is being manipulated. Strategies used for manipulating alienation include: constant badmouthing, emotional manipulation to choose one parent over the other, lying, and the threat to withhold affection.

4. Legislators, judges, social workers, and psychologists need to start advocating for shared parenting. In Michigan, State Representative Jim Runestad introduced the Shared Parenting Act (HB 4691), which replaces laws from the 1970s and gives two loving parents shared parenting time. Judges, social workers, and psychologists need to become more aware of Parental Alienation, its signs and symptoms, and actively work to keep both parents in the child’s life. By becoming more aware of the deceptive techniques such as false claims of abuse, withheld visitation, and manipulation of children, these professionals can make a profound impact in the lives of families torn apart by Parental Alienation.

5. Parental Alienation is everyone’s business. It’s time people started speaking up. Divorce and the breakup of families can be destructive and painful. However, Parental Alienation is about the systematic removal of one parent from the life of a child. Friends and family need to do what is in the best interest of the child or children involved, and that is to speak up. There are mild cases of Parental Alienation when the alienating parent is unable to separate out the pain of the breakup from what is in the best interest of the child. There can also be moderate cases where the parent is actively looking for ways to hurt the target parent, which includes damaging their own children in the process. Caring adults need to take a stand and advocate for the best interest of the child.

What happened in the scenario described above? The children of this marriage are missing out on a wonderful man who loves them deeply. He walked away from the chaos of the custody battle knowing it was destroying his own mental well-being and, ultimately, that it was unhealthy for his kids. So he moved a thousand miles away and cried every night for a year for his children. It took him years to get back on his feet to begin fighting for his children again.

Sadly, target parents often feel that they are alone in their fight for their kids and they are often judged harshly as a dead-beat.

For more information about Parental Alienation, or if you are a target parent, the Facebook groups found here and here can help. You are not alone. 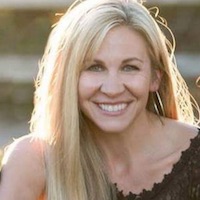