Once and For All—is Happiness Really a Choice? 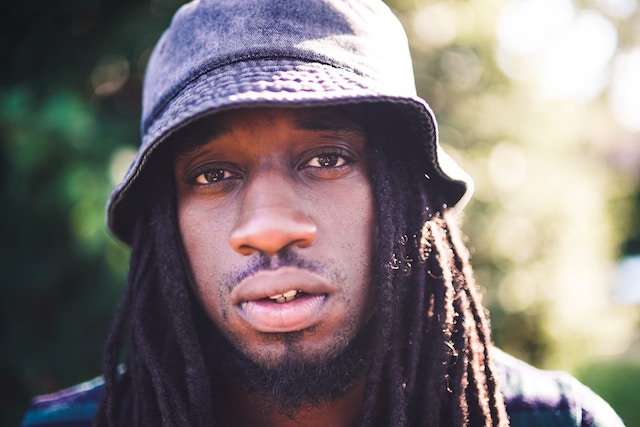 We’ve all heard the phrase “happiness is a choice” tossed around.

And I have to admit, coming from the perspective of someone who has dealt with depression and, chances are, will always live with anxiety, I do come to this phrase with a slightly…different perspective than the average person who takes it seriously.

I know that happiness sometimes isn’t a viable choice. When my depression returns and my mood takes a shocking dip into not-okay territory, I can’t instantly stop that just because I don’t want it to happen. If I could, I would do it, because you know what? Being depressed isn’t fun. I don’t like waking up and wondering what the point of my life is. I don’t like feeling like I haven’t contributed anything to the world, or like nobody would really care if I stopped being here. Those are all feelings that I would choose to avoid if I could.

The same goes for my anxiety. Have you ever had a panic attack? They’re embarrassing at best, exhausting at worst, and most of the time, even I’m aware that they’re about nothing. I know the world won’t end if I don’t finish this project on time, or if I take on something new, but that doesn’t mean it doesn’t worry me.

That’s just the nature of living with a mental illness: we can’t just banish it because we don’t want to deal with it. Trust me, I wish I could. I have wasted hours, even days of my life, wishing that I could just think and be like any neurotypical person would.

But, at the same time, I still sort of believe that happiness is a bit of a choice.

And I know, I know; what I just said sounds incredibly contradictory, and like I’m turning my back on my mentally ill brothers and sisters. But hear me out.

While not everyone who uses this phrase will understand that happiness isn’t an immediate choice for people living with depression, anxiety, or any other breed of mental illness, I don’t think that means that it can’t be a long-term choice.

We can’t banish a depressive episode because we don’t want it. We can’t suppress a panic attack because we choose to. But what we can do, what we do have power over, is how we choose to react to the fact that we have these issues.

We have two options when we’re faced with these issues: We can choose to seek help, in whatever way that might mean. We can try to talk to people, whether that be a friend, a family member, a doctor, a therapist, a support group, a journal, an online blog, our guinea pig, or whatever. And, yes, sometimes this can be a bit outside of our control too. Sometimes the people we choose to talk to don’t understand us, but that doesn’t mean that we stop trying.

And if we feel comfortable and if we can afford it, there is also the option of medication, which has been proven to improve the lives of countless people living with mental illness—not by making them neurotypical, necessarily, but by making the more dangerous and harmful parts of their mental illness easier to deal with. Not only that, but there are several other options that have been proven to make life easier for people living with mental illness, such as healthy eating, exercise, and meditation.

Or, we can take the second option. We can choose to suppress it. We can not talk about it. We can not seek help. We can never acknowledge that there might be something causing us to feel the way that we do, and as a consequence, we can continue to suffer under the weight of our mental illness. That is our choice.

And I know—trust me—I understand that sometimes the lines between these two choices get blurred when we’re dealing with a mental illness, especially if we haven’t been diagnosed yet or we’re still questioning whether the way we feel is valid or not. When we’re depressed or anxious, our mind—which is, I repeat, ill—might repeatedly tell us that we’re wrong, that we’re just looking for attention, that there’s no way to help us and we should just give up. But there are options for people living with mental illness. If one doesn’t work, then we try another until we find something that does. People have found ways to make their life not only bearable, but happy and worthwhile, while dealing with mental illness.

We talk about people who are depressed, anxious, or otherwise mentally ill as though there was no possibility that they could ever lead a happy, fulfilling life. But that just isn’t the case

I might get depressed from time to time, I might have to make a point of moving gingerly around my anxiety lest I set it off, but that doesn’t mean that, overall, I’m not happy with my life. I am. I am taking strides to make life easier for me in the long run, and I am working toward my goals and dreams as best I can.

And when we say “happiness is a choice,” I think we too often confuse it for “constant happiness is possible.” It isn’t.

Even if we aren’t dealing with a mental illness, there are going to be times when life, quite frankly, sucks. Sometimes, people die, or tragedies strike, or our relationships crumble, or we get let go from our jobs. And when that happens, of course we are going to be sad, of course we are going to be hurt and angry and resentful. But the difference between people who choose happiness and the people who don’t is that those who choose happiness eventually try to do something about their bitterness. And even if it doesn’t work immediately (heck, it very well might not), they do eventually let go of it and move on. Those who choose otherwise don’t. They hold onto their pain like a lifeline—feeling justified in being cruel and miserable because life wasn’t fair to them.

I have known too many people who have become addicted to misery, who feel lost without something to complain about and feel slighted from. And by knowing these people, I came to the conclusion that I never wanted to be that. So, while it isn’t always easy, while it’s not consistently possible at every moment of the day, I work hard for my happiness.

I don’t choose constant happiness because that isn’t an option; what I choose is overall happiness.