This is my Problem with Gratitude. 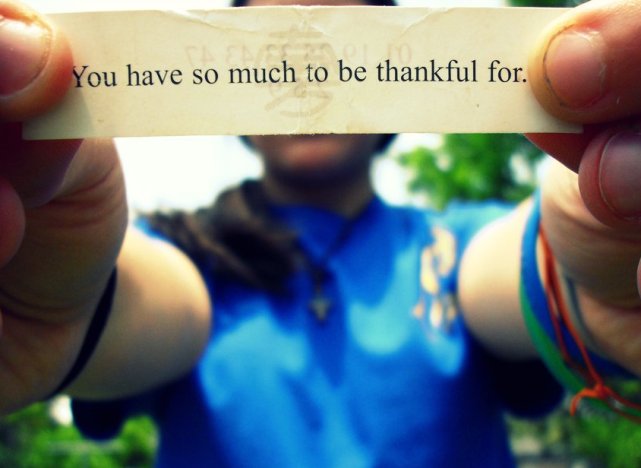 When I was a child, the word gratitude was usually pulled out when things went wrong.

As in, “Show a little gratitude. Were you raised in a barn?” It was cause for embarrassment.

In fact, if my neighbor had said she was keeping an “appreciation journal” instead of a “gratitude journal” back when the whole gratitude journal thing took off, I might’ve been more intrigued. Instead, I felt a sense of revulsion.

Part of it was my childhood association with the word gratitude, but a big part of it was related to the person who first explained the gratitude journal concept to me. While I liked her a great deal, I couldn’t help but notice that she also complained a lot.

So, while I couldn’t argue with the fact that holding space for gratitude might be a good thing, it seemed to me, as I listened to her explain it, that the point of the gratitude journal was to feign gratitude for five minutes a day and then broadcast it to everybody so that they would know you were doing it.

There was an implied superiority about being in the club of gratitude journalists, or at least that’s how I first took it in. This club also seemed to require that its members excel at Ashtanga yoga, something I struggled to do at all.

I had learned a type of yoga that I didn’t have a name for. And there was no specific club for my yoga, which was taught by kindly, older introverts in Cambridge, Massachusetts. The yoga I practiced was accompanied by gentle monologues that explained in exquisite detail what the inside of my body might be experiencing.

Then I moved to Chapel Hill, North Carolina, where all the yoga teachers were in their 20s and murmuring about this new kind of hip “spirituality” that included gratitude journals. It left me feeling grumpy that I couldn’t find a yoga class I liked, that I felt, for the first time ever, “old,” and that I felt ungrateful, like I’d been raised in a barn.

This did not do wonders for my self-image. I mean what kind of sour grapes, bitter person rebels against the idea of a gratitude journal?

Before moving south, I had been accustomed to feeling like the happy, upbeat person in the crowd. Just like that, I had become the Grinch, scowling at all the perky people in Whoville.

And speaking of the Grinch, remember what happened? He had it all. Actually, he’d stolen it all. There he was at the top of Mount Crumpit, having achieved all he ever wanted to achieve. Then, just like that, it slipped away and everything went downhill from there.

My descent was not exactly like a Dr. Seuss story, but you get the idea. My life took a turn for the worse. Before that wrong turn, I’d had what seemed like the perfect life to some. I was happily married, had three beautiful children, and lived quite well.

The thing was, even though I had all of that, I was aware of a nagging emptiness inside. And the emptiness was sometimes very uncomfortable. Over the years, I tried different things to deal with the strange feeling that something was missing. I tried vegetarianism (several times). I went to therapy. I tried religion, briefly. I dove into my writing and worked on a novel. I joined book groups.

I don’t know if the universe steps in when we are hopelessly off track, but it felt that way. It was as though, one minute my life was all very constant. Then, the next minute, all hell was breaking loose and there was the recession, a divorce, the loss of a house, the loss of friends, single motherhood, and mental health issues.

You name it, I probably went through it—on my way to rock bottom, where I made a spectacular crash-landing.

There’s so much stillness at rock bottom, a kind of peacefulness—like a quiet forest grove where the birds aren’t sure they can sing yet because a woman just came crashing down through the canopy, startling them.

And in that still place, I picked myself up from the forest floor and found my way through the woods to build a life again. I found that I could see something I’d never seen before. I could feel something I’d never felt before. I still hesitate to call it gratitude. Old habits die hard. However, when I look around me at the world now, it practically glows. The trees glow. The birds glow. My kids glow. My friends glow. And I feel such a deep sense of appreciation for the beauty I see everywhere and the gorgeousness I see inside everything and everyone.

Just now, I looked up the definition of gratitude, which is basically “the quality of being thankful.”

Appreciation is worthy of journaling. I now enjoy appreciating things and people so much, and am so filled-up with it, I might even get over myself and call it gratitude. 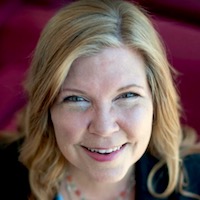