Tips for Being Fearless in Writing. 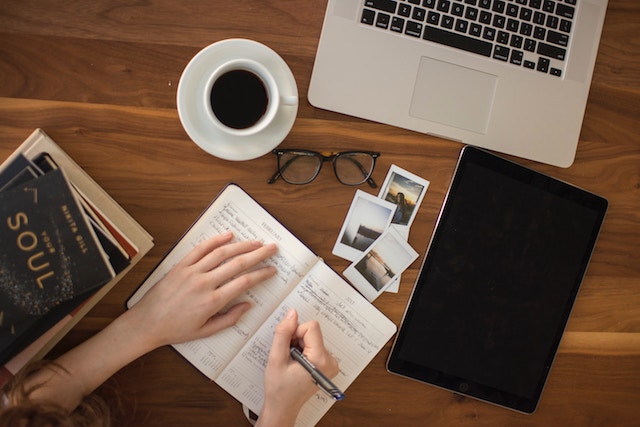 Whether we’re affected by change, loss, or pain, finding the time and courage to write can support the healing process.

Being fearless and able to take risks is essential for being a good writer. When our fears are released, we accept what happens in our lives, and a sense of wonder can follow.

One of the first things my beloved father-in-law, Alexander, told me just after my breast-cancer diagnosis in 2001 was, “Diana, have no fear.”

Most of us offer words of wisdom based on our own experiences, and as someone who escaped the Nazis during World War II and emigrated to Canada to start anew, Alexander could have definitely been called a fearless man. Therefore, I took his advice seriously, and it has served me well in many areas of my life.

As Ernest Hemingway once said, “There is nothing to writing. All you have to do is sit down at a typewriter and bleed.” That was the way I felt when writing my two memoirs, Regina’s Closet: Finding My Grandmother’s Secret Journal and Healing with Words: A Writer’s Cancer Journey. It took a lot of courage to expose my inner self, the voice of my heart, and the feelings of my soul.

Writing takes a huge amount of courage, but submitting work for publication takes even more. If we choose to share our writing, the rewards from taking risks and being courageous is having others read and enjoy what we’ve written. Some writers would say that if we do not experience fear when telling our personal stories, then we’re not really telling the stories we need to tell.

Most writers write because they have to. Writing is where they find their bliss. Sometimes a person might start out wanting to be a writer, but then choose another path for increased financial gain, only to return to writing in later years.

When we’re hesitant to write about a particular aspect of our lives, it might be a good idea to stop and think about the reason why. Sometimes we may not be fearful until something happens to trigger those fears. For some people, feeling apprehensive is akin to experiencing a crash landing in a plane. Others might have butterflies in their stomachs, while some might simply get clammy hands.

Writer John Steinbeck said that he was often overcome by terror and shyness and suffered from the fear of writing down his first line. Many writers fear that first sentence, but in my own case, those initial words have always been something I’ve looked forward to. My first lines are launching pads for the rest of my essay, book, or poem. They actually direct my way of thinking and the trajectory of my writing. The pages of my journal have many first lines that I use in subsequent work—no matter the genre.

There is no doubt that writing, especially personal writing, takes a huge amount of courage. One of my favorite books is The Courage to Create by humanist psychologist Rollo May. He said that courage is not a virtue, but the foundation needed for all other virtues.

He claimed that courage makes being and becoming possible. To be courageous, we must make choices that ultimately lead to transformation and bliss. In order for transformation to occur, we must allow our inner selves to become exposed. As May says, it is much easier to be naked physically than it is to become naked psychologically or spiritually, but the latter is necessary in order for deep, emotional truths to be revealed in the course of our writing.

Fear can be immobilizing and limit our joy and bliss. If we’re fearful, then we’re not living in the moment. Living fearlessly can take our feelings to a more peaceful and grounded place. When we consider our fear, it’s wise to think about whether it’s based on fact or something we’ve imagined. Sometimes our minds can be very powerful in choosing our direction…or lack of it.

Tips for Being Fearless and Gaining Courage when Writing:

• Choose a time of day to write when feeling the most productive.
• Establish calming prewriting rituals.
• Speak to, and spend time with, other writers.
• Take a writing workshop.
• Journal 15 to 20 minutes a day.
• Write letters.
• Read the work of writers with courage, such as Marcel Rita Dove, and Edmund White.

Gaining the courage to write occurs over time, but it also can happen when we read the work of other fearless writers. One reason why Anaïs Nin has been such a huge influence on my own writing was her transparency, and her ability to express her deepest sentiments without focusing on what others thought about what she wrote. She completely let her guard down during the writing process.

That type of creative liberation is immensely important in order to write with true courage.
~ 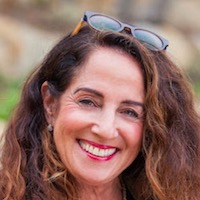