To the Codependent who Questions if They’re a Narcissist. 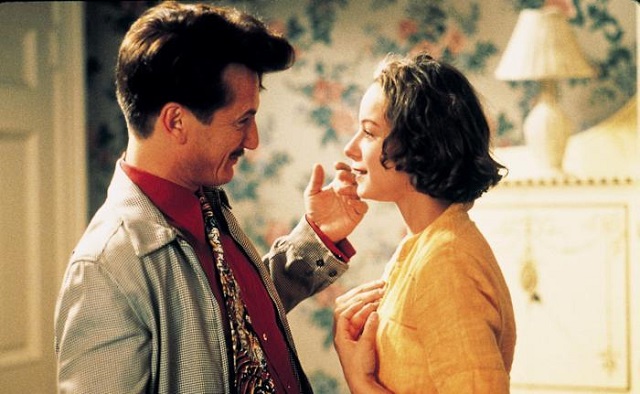 Recently, I have been asked the question, “Can we be both narcissistic and codependent?”

My last piece entitled “Narcissists & Codependency: You can’t have One without the Other.” brought on this question from people while processing their life’s work together, so the following is my interpretation of a question that most codependents probably ask themselves even if they don’t know they’re codependent. My work is in codependency because if there’s anything narcissists have taught me, it’s to focus on myself, and not in changing them. So, to repeat the question: “Can we be both narcissistic and codependent?”

My personal response is nothing like a narcissist to make a codependent feel like they’re the narcissist.

My professional response is this: when we are people who were forced to carry someone else’s emotional wounds as our own in order to be considered good, loved, or seen, we’re never given an opportunity to face ourselves. We’re forced to look outward to determine our place, rather than assuming the position of our own personal wholeness and self-asserted value.

We spend our lives validating our worth by seeking the approval of others, which often looks like acquiescing into being the person, the situation, or relationship we’re in calls for.

If someone else has a void, we coddle it, cradle it, and rather than fill it for them, we seek to eradicate it from them so they don’t have to experience it in their own self.

We gained love by being forced to abandon ourselves. We likely never felt true, non-abusive, honest, warm, and reciprocal intimacy, and because of our enmeshment issues caused by being forced to navigate the world based on other peoples’ emotions rather than our own, we never knew we had a self. At a minimum, even if we did know, we deemed our self worthless, and others, the worthy ones.

The people who were in charge of seeing us forced us to see them and to diminish our truth to the point of invisibility, which feels simultaneously powerless and enraging. Yet we are also trained by guilt to feel shame for our sense of powerlessness and rage, so we empathize with the person we’re coddling, rather than face the cognitive dissonance of no longer holding their sh*t for them, because in truth, we’ve been shaped into thinking they’re not strong enough to hold it for themselves. By default then, we assume the social position of being the carriers of everyone else’s emotional baggage rather than unpacking our own bag, so to speak.

When we’re raised under critical, cold, and isolated circumstances such as this, it only makes sense that we’ll play out the powerful aspect of a role we felt undermined to at some point throughout our lives. We’ll want to take all of our power back, nitpick, criticize, and ostracize the people who are actually willing to face us as long as they let us get away with it because this dynamic is a reclaiming of our own sense of power, albeit just as mindless and false as was the person who controlled the dynamic that began our invisibility in the first place. Both roles, we soon learn, feel exactly the same—and like total sh*t.

We may even find “normal” people boring. The people with intact character, integrity, and self-worth—and the power to break the cycle of narcissism and codependency. But until we’ve exhausted our own patterns in the realm of narcissism and codependency, old, empty, leading to absolutely nowhere, we will only then recognize the most boring thing we can do for our future is continue operating under the thumb of dynamics that keep us, or someone else, down.

So if a codependent engages with someone who has even more of a faulty sense of self than the codependent herself, they’ll be as enraged as they were in their powerlessness because they find that person, like their own wounds were in their early days, to be a mirror for their own weakness. A weakness they want to conquer and eradicate in themselves becomes a project displaced in the wounds of someone who’ll let them play out their own sense of powerlessness, with a sense of power. Again, albeit, false power.

They may fear changing the system will end the relationship altogether because they don’t know how to function under any other circumstance, and truly, in most instances, us codependents would much prefer to be abused than be abandoned. We’ve known abandonment so long that the narcissist’s focus on us, although distasteful and unkind, provides us with a sense of self.

Out of fear of totally losing their sense of self if the relationship ends altogether from the change, they may then, take on the “superior” or narcissistic role as the two roles come closer to equal, in order to make up for not having the skills to be in a relationship where both parties are seen, and both parties will stay, unconditionally and reciprocally.

Although I do believe narcissism and codependency are flip sides of the same coin, both are used as a means of not facing true intimacy, one has a proclivity in their most authentic of selves to be projectively destructive to others to gain a sense of self vicariously through someone who’s “weak” enough to let them, where the other falls in line with proclivities to self-harm for the sake of pseudo-peace to avoid abandonment.

At least once in a codependent’s life, they must display narcissistic tendencies in a powerful way in order to heal the powerlessness they’ve experienced as a codependent. Being truly seen as an equal isn’t really their comfort zone and it’s a territory that takes a lot of work to cultivate and trek with authenticity and accountability.

Everyone wants to throw everyone under the bus for being selfish, a narcissist, an addict, whatever it is—labels get thrown around like confetti and they’re good for gossip in coffee shops, which is no good at all, and they especially no good for trying to see ourselves in any of them. That’s what the codependent has been gifted and cursed into learning—how to see themselves in every flaw they see in everyone else because their existence was the thing that “flawed” them in the first place.

Therefore, a codependent can display narcissistic traits—and maybe even must at some point—in order to reclaim the life truly needed in their cells since birth. They can then set out to create their own world and relationships, which accommodate their own needs in order to truly validate their own selves.

Spoken from a reformed and always recovering codependent, to ask if we are the narcissists is like someone asking if they’re crazy. Crazy people don’t question if they’re crazy. I’ve worked with them for many adult years and truly crazy people are very, very sure of themselves.

My guess is, if you’re questioning whether you’re the narcissist, it’s because the people with traits heavily geared toward narcissism have pigeonholed you into being selfish for having needs and asserting them—and not only did you believe them, yet again, you made yourself invisible on behalf of their requirement that you, my love, are not allowed to have needs.

Your wants are your needs and you are allowed to have them. True intimacy, although extremely hard to face, isn’t experienced from your knees or a pedestal. It’s from the place you looked for it for growing up, in the people who couldn’t or wouldn’t give it to you because of their own wounds.

True intimacy is remembering the little child you were before anything became tainted because that child is the key to your heart. True intimacy is a braiding of two heart energies that know themselves as separate parts of the braid but come together by choice to weave an entire life force of love into the world. It is not formed on a ladder or hierarchy, it is not in the roles we play to get near it.

Questioning ourselves will get us exactly where we’ve always been, and usually, under the thumb of a narcissist.

The solution is remembering who we actually are so we leave them with the most authentic someone they’ll never, ever, be able to forget.
~