You Never Loved Her—You just didn’t Want to be Lonely. 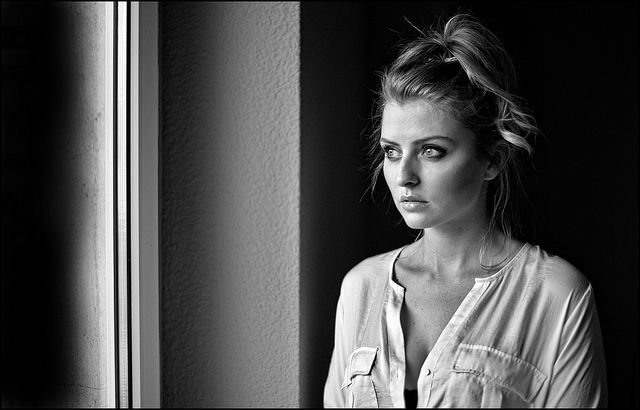 You might enjoy this too: How She Rediscovered Love with Coffee & Coronavirus.

Perhaps you’ll never be able to utter the truth, but the reality is that you never loved her.

I suppose it’s just a matter of perspective, because how could you have loved her when you never truly saw her?

She became just a salve for your brokenness.

You leapt into her with the vivaciousness of a predator setting its eyes upon its prey, but never did you stop to think about why you wanted her—or even more so—what would you do with her if you actually got her.

She never was meant for you; she never was anything more than a placeholder for something better. Although, even as the stars fall around me now, I doubt that you see that, because the truth is you are still scared of your own shadow.

See, there are women like her, women who change the world with their delicate fingertips and lips that move like cursors over the blank pages of men who have been too scared to write their own stories. So, she will do it for you. She will give you meaning where you previously lacked it, and she will create such a beautiful catastrophe of contradictions that somehow you will forget the reason women like her exist.

Women like her exist to help bridge one chapter to the next, to shake up the status quo, and to translate the feelings and thoughts you’d never imagined would find meaning within the looking glass of a soul that was used to being closed.

So, it was easy to think that you fell for this woman, this enchantress of uniqueness, because she made you feel things you never felt before.

But, we don’t ever treat love like you treated her—as being disposable. They say we can’t ever truly lose what is meant for us, yet that isn’t a free pass to treat those we love carelessly.

Sometimes, we only lose people because we forget to try to keep them. Not in our pockets as trinkets from a life well-lived, or even a life lived from loneliness or despair, but to hold them close to us in such a way that there was no question of how much they meant to us.

She sees the truth not in your eyes, but in your actions.

They say that you don’t ever let true love go, and so perhaps that’s why it’s so easy to think that it was never love, because if it was, you’d never have let her go so effortlessly.

So, perhaps it wasn’t love, but it was loneliness.

She was never meant to be someone that made life easier for you; she wasn’t put upon this glorious earth to somehow satisfy your craving for a warm bed. We could blame her too and say that she should have seen all the signs, but maybe she was just blinded by love and simply assumed you were as well.

There’s no reason to love a woman like her, but then again, maybe the hardest truth is that there’s also no reason not to. She might be one of these special souls amongst us whose only purpose on this earth is to simply love and be loved.

Yet, either way, whether she was nothing more than a soft place to land, or if she had captured your heart differently than anyone else, the simple fact is that you let her leave. She was packed away in your old and ratty suitcase of inconvenient emotions quicker than the scent of her faded from your bedsheets.

She might have fulfilled her purpose, after all, you know deep down that you’ll never be the same again.

This woman who was never supposed to be anything other than a substitute for what you really want somehow changed what you decided you were truly looking for. But, the reality is none of that matters because as you read this, she is already moving on.

She’s drifting further away, and the only sound she hears is the echo of your loneliness bumping hard and fast against her ribcage as she ventures further and further from your arms.

There are a million ways to show that we love someone, but in the end it’s only apathy that shows we don’t. I know that it’s a bitter pill to swallow, but if you truly loved her, she’d still be yours. Now all that you hear is the faded silence of your own condemning choices to lead a life void of intimacy.

The truth is that you’ll assume I’m referring to the way her bare skin slid against yours, and that is, of course, the feeblest of disillusionment, because just sex will never be a sign of intimacy, because intimacy is so much more than sex.

But your walls felt good to you, or at the very least they were comfortable, and so you made it easy to forget the feelings that were beginning to bloom and instead buried them under mountains of fear and doubt. When we find a love like hers, we have no choice but to let it change us—and you weren’t ready for that.

Why pretend it was love, when in the end it was apparent it was only loneliness?

The Buddhist View of Loneliness.