Dear Single Parent: You will Never Be Enough. 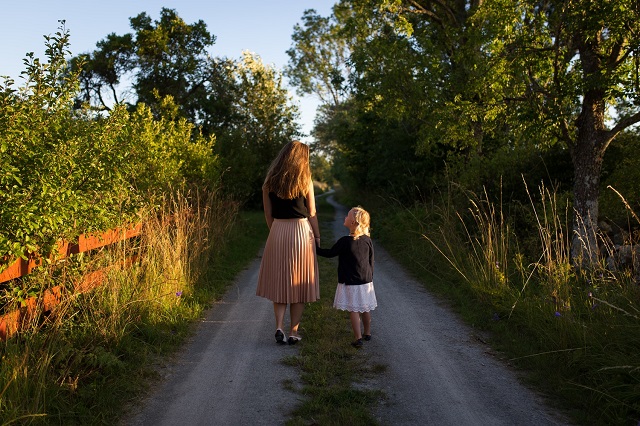 We may be the best single parent in the world—but we will never be enough.

We may listen, cuddle, wake up at 5 a.m. with a smile, tuck our kids in with a kiss, read bedtime stories, work tirelessly to make ends meet, and do it with a happy front of exhausted uncertainty just for the sake of proving to our kids that they are worthy of our time and love.

However, if you’re the kind of single parent I was, you’re truly living for the benefit of your kids. The hard work all falls on you. You’re compensating for nature’s design of two parents in your one body. You’ll do everything to nurture your children in hopes that they won’t start questioning their own worth because one parent is absent or someone they just see every other weekend.

Overcompensating for the absence of a second parent isn’t true compensation. Eventually, all of the voids we tried to fill and work so hard to eradicate will spit back at us, saying there’s only one thing that will ever fill them: the person who created them in the first place—the absent one. We’ll be asked to rip off the bandages that were never going to heal, and we’ll be forced (yet again) to face the hard stuff with a soft heart.

I did everything right. Everything. I gave my children the version of a mother I always wished I’d had for myself, even after a separation that left me a single mother of two.

But then, my children asked to live with the man they’ve only known as “a vacation.” They’re curious about getting to know him, and since his absence has been the only thing they’ve really experienced, they assume living with him is the best way to rope him into being present.

At first, it was a gunshot to my heart.

The thought of giving him a taste of the vulnerability I’ve experienced—how hard it’s been to carry the full load—feels like a disgrace to my pride. But, there I was—and the words came out:

“I’ve tried to fill every role, but I can’t. The one thing they’re curious about is something I can’t give them, nor will I ever be, which is you. I gave them all of me, and it’s not enough, because I’m not you.”

How dare he be considered “necessary” after years of me being the only one meeting their needs. How dare life require that I give him such an honor, as to say, “I’ve done it all, been it all—and still, I’m not enough. A piece of you is hidden in them and wants to be found, so they can know themselves as whole.” How dare this prove that even when we do it right as single parents, by nature, their situation will always feel somewhat wrong.

Nonetheless, a few days later, I found freedom in their asking: it freed me to finally be a mother—and only a mother.

For years, I tried to lead them away from the voids created from only having one parent, so they wouldn’t have to look at their wounds—and in one day, their wounds asked me to put my own pain on the back burner, while I watched them ask for the one thing I was never going to be able to be—a dad.

Had I known earlier that, as single parents, we’ll never be able to make up for what they’re missing, I wouldn’t have been so hard on myself to “be, do, and give” all of me (and then some) to make up for something I thought I could make up for, but never could.

And so, my single-parent friend, the overcompensation we offer is no compensation at all for the cost of living under the notion that we can be something that we’ll never truly be able to be.

So, please know that you are enough.

You have given enough, loved enough, guided enough, and been present enough. Even if they feel the need to explore their relationship with the one who hasn’t been around. It’s natural for them to want to get to know that “missing” parent; it’s okay.

We’ll never be able to be or give what we’re incapable of, but we will always, always, be enough.

Weary to the Bone: Confessions of a Single Mom.