5 Things that Help Us Get Right with Fear & Anxiety. 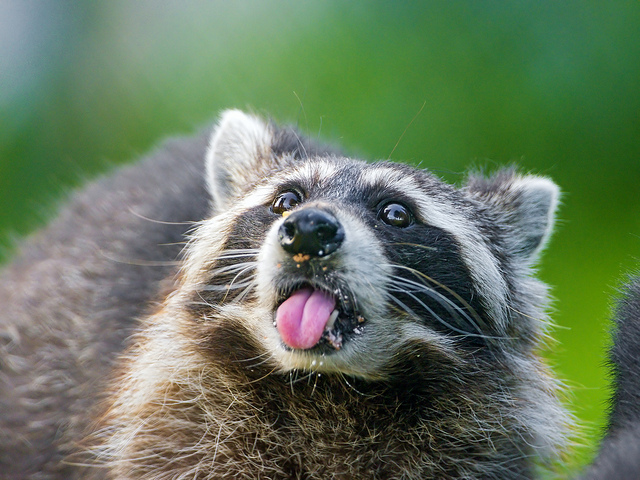 I live in a rural area in Marin County, California, where raccoons frequently claw into garbage cans along the block.

Sometimes, I hear a mild thud in the night and know I will wake up to find tossed cans and hummus smeared across the driveway like frosting.

Last night, the thud woke me up at 3 a.m. and sounded louder than usual. Then, it continued in about five-minute intervals: a deep bonging sound followed by several quick ones.

I thought of the chicken bones I shouldn’t have put in the compost can. Surely, the raccoons had climbed on top and were working to swing the lid off to get to the food inside. I could see them in my mind: an entire raccoon family of 17 flexing their little raccoon biceps and trying everything they could to reach those barbecued thigh bones.

I tried to go back to sleep, but after about an hour of thuds, I acknowledged I couldn’t take it anymore. I would confront them and bring a broom for protection. A quick internet search told me raccoons might be scared of light or loud noises. They’re also aggressive, could rip a face off, and sometimes carry rabies. Perfect.

For calf protection, I stepped into my rain boots, grabbed my broom (that has about 1/3 of the straw left), and walked out into the night.

With the broom up and covering half of my face, I swung the side gate open with total brawn. The wind then took the gate and slammed it hard against the house. Good, I thought. More noise. In a perfect line in front of me stood four ferocious and totally upright…garbage cans. A recycler, a compost, and two regulars.

The wind blew again, and I realized there were never any raccoons there. Some other something, in someone else’s yard, must have been banging against a building in the breeze. I listened for the sound to investigate further, but it didn’t come (until I got back into bed, of course).

There are so many metaphors I could insert here about facing fears, or about the stories we tell ourselves when we’re scared. The thing that stuck out to me in this situation is that I actually did fall back to sleep, because I didn’t have to wonder anymore. I faced my fear and realized it was all in my head.

I know a lot about fear, and I’ve gotten better at facing it, naming it, and making friends with it as a means to dissipate the spinning wheel of unease. Below are some tactics that have helped me to spend less time in the anxiety swamp fear produces.

I teach college students how to, among other things, tell visual stories. This semester, I took on a new lecture class that would enroll approximately 135 students. As I toiled away at the textbook all summer, I worried. What if I don’t know enough? What if the imposter police finally break the classroom door down and take me away because I’m actually not smart enough? What if the students are bored?

To combat the fear, I planned and got as prepared as possible. The preparation brings my anxiety down, so I have more time to have fun and be present with the youngsters.

Fear can be paralyzing to the point that often times, we never try that ecstatic dance class we’ve been eyeing, or—for many of my graduating students—don’t take a particular job, because what if it isn’t the “right” one? I find the only way to know and release the fear, is to jump and try.

The worst that can happen is that we realize we want to go in another direction after all, which might not be a bad thing.

This may seem obvious, but most of the time, I have found it is not. If I can stop and be silent for a minute, or even do some writing about specific fears, this helps a lot. (This exercise has kept me from eating a whole pan of brownies in times of great crisis.) Once we own what we are really afraid of, naming it can diminish its power.

I also do some on-camera stuff, and I had an audition that I was afraid of last week. Before my appointment, I went into the bathroom and did some exercises that help. One, I learned from Amy Cuddy, who teaches about body language and the benefits of power poses. She suggests spreading our arms and hands way out like a starfish. This exercise makes me feel brave and worthy. Also, I do this rag doll yoga thing, where I completely bend at the waist and hang limp. This makes me feel relaxed. Finally, a few high kicks and karate chops into the air make me feel badass, so I do those too.

This helps with scary meetings and dates with strange men. I start naming in my head what is literally in front of me. Like: table, orange napkin, his weird hands. I’m kidding, but you catch my drift. Once we can bring ourselves into the room, into our body, and out of our head, we can blow off some fear.

I definitely don’t suggest attempting to fight raccoons in the night (or to put bones in the compost). I do, however, hope some of these suggestions spark ideas. Living in less fear is such a relief, and I am rooting for anyone struggling like I have. 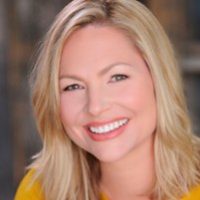