How to be an Activist without Burning Out. 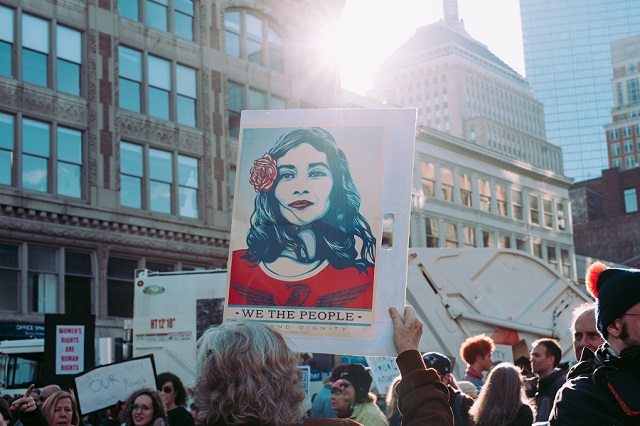 Karma yoga, or the yoga of action, is one of the four main branches of yoga, yet it is surprisingly seldom discussed within studio atmospheres.

Generally, most yoga students are familiar with hatha yoga, the physical practice, as well as jhana (scriptures) and bhakti (mantras). Yogis on social media share handstands and breathing techniques, yet karma yoga is often glossed over, undiscussed.

In a way, yoga in the Western world is marketed as a practice of inaction; a healthy escape from the stresses of our day-to-day life. Yet, what if it’s not an escape at all, but rather a tool to better engage with the world around us? What if the reason we pour compassion into ourselves is so that we can better serve the world?

To further explore and become informed on the art of sacred activism, I had the honor of speaking with Atira Tan, the founder of Art to Healing and a veteran in practicing mindful karma yoga.

Atira first received her “call” while travelling through Cambodia in 2004. She witnessed the on-goings of a child sex slavery ring in the street below where she was staying, where 9 to 10-year-old girls were being sold by their families so they could have enough money to survive. Atira took the time to speak with the girls and was shocked by the deadness in their eyes, a devastation of spirit caused by the trauma they had experienced.

As a counselor, she knew there was still life within them that could, and needed, to be cultivated through healing.

Therefore, she was given two options: she could stay and try to help, or she could continue her journey around the world as she had planned and leave the situation behind.

Atira decided to cancel her around-the-world trip and spent the next four years living in Cambodia where she worked for a non-profit that attempts to prevent and heal the trauma of sex slavery. She incorporated art therapy and yoga to help the girls foster a healthier relationship with themselves and their bodies. Furthermore, she discovered the power of yoga in helping her sustain faith and devotion in her path of service.

“Yoga is such a powerful tool for source energy,” Atira explains. “It helps me to connect with what’s true, to move beyond the notion that we are separate from each other. We can take time to tap into our practice and fill up and open up to be a vessel of love and light and that affects our actions and what we do in the world.”

What is sacred activism and how we can walk in the path of karmic yoga, the yoga of action? Here is are some tips from the Bhagavad Gita.

1. “The whole world becomes a slave to its own activity, Arjuna; if you want to be truly free, perform all actions as worship.”

Yoga does not end in the studio. Yoga is a practice of union that is cultivated just as much on your mat as in the waiting line at the DMV. Be present in each moment. Dedicate your life to something more, whatever more is, and remember that it flows through you in everything you do, and in every breath you take.

When we attach ourselves to something bigger than us, our actions become more in line with what we are incited to do, rather than what we think we should do.

2. “Though the unwise cling to their actions, watching for results, the wise are free of attachments, and act for the well-being of the whole world.”

We are incredibly attached to our egos and outcomes; it’s a part of our culture to want to be successful. However, when we let go, we become vessels capable of infinite replenishing.

Activist burn-out does not come from the work itself; it comes from expectations.

The truth is that none of us knows the outcome of anything. So let go, surrender. Act for the sake of action, act because you feel incited to do it. Let life take care of the rest. It’s going to do that whether you have a prediction or not.

3. “It is better to do your own duty badly, than to perfectly do another’s; you are safe from harm when you do what you should be doing.”

When you dedicate your life to service, you must find something you feel purposeful about. You may care about the environment, but if that work doesn’t light you up, let it go. Find something that gives you meaning, that makes you feel alive when you connect to it.

“When I work with women and children,” Atira says. “I know from the inside that I’m meant to be doing this work and I couldn’t be doing anything else. There’s an energy that is bigger than my mind. That is what sustains us in this work of activism.”

Sacred activism is not a “rescue” mission and it cannot be done through the mind. Often, activists approach the work as the “rescuers” who have come to save the “victims.” This is not sustainable, and it is not true. Sacred activism is about coming together as one and learning from each other as human beings. It’s about discovering what we all have to offer one another.

The “call” to service is not always a pleasant one. It can be uncomfortable and frightening to our minds, even daunting. Our egos fear what will happen if we fail, or how we too may become hurt if we get involved. Yet, we all have the power to overcome our ego and attach ourselves to our life’s purpose.

After witnessing the horrors of the earthquake in Nepal, Atira Tan received an idea for a new endeavor during her meditation. It was an immense project to take on, and despite misgivings at the onset, she decided to set the idea into action.

Last year, Atira Tan held the first Yoga for Freedom event in Australia, previously named International Yogathon for World Peace, alongside Off the Mat, into the World Australia and New Zealand. Her vision was to create a global yoga and social change movement that tapped into the 27 billion-dollar yoga industry and filtered that profit to the birthplace of yoga, a place that rarely saw the financial gains of the philosophy it shared with the world. The event invited yoga teachers to teach a yogathon in three cities that donated its proceeds to the earthquake recovery effects through Art to Healing. The event raised over $16,000 in one day.

This year, Yoga for Freedom broadened its range to be held around the world, extended it to a week of yoga events, and donated its proceeds to assisting the children and women being sold as child sex slaves as a direct impact of the earthquake and natural disasters that have been re-occurring in Nepal.

“The intention is to come back to the heart and dedicate our thoughts and practice in meditation back to the world,” Atira explains. “It’s to turn the focus from Instagram and Facebook and getting in perfect in shape—yoga is meant to be something that uplifts us all, that uplifts the planet. It’s a practice that can shine light within ourselves in the darkest place of shadow and we have to help others find it too. We have to use this practice to shine light on the darkest corners of humanity.” 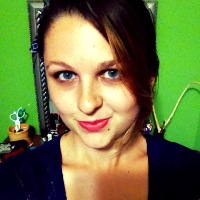