How to Get Over the One you Can’t Get Over. 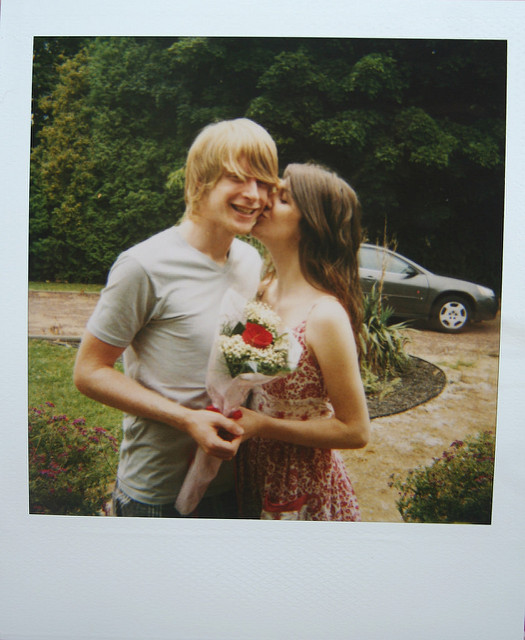 That was a truth I couldn’t seem to escape. And sometimes, I fucking hate the truth. This one was getting annoying now, if I’m honest.

I could talk about it with someone if I wanted to, but it would be embarrassing. They already knew. I’d talked about him before, numerous times. What was there left to say?

Move on, I’d silently tell myself. Get over it. It was your choice to walk away.

But he never really gave me any other choice. And maybe that’s what I was struggling with.

It doesn’t matter whose choice it was when we’re struggling to get over someone. Whether we were the ones who decided to let it go because we knew it would never work out, or they walked away from us because they found somebody else, or they knew we just weren’t right for them—it’s all the same.

It still hurts like a bitch. And it’s perfectly human to feel the loss and miss them, even when we’re trying to move forward.

This is a universal experience. Every single one of us, at some point in our lives, has connected deeply with someone who’s made us feel things we’ve never felt before and changed us in ways we never thought were possible. So when they leave, what do we expect to feel?

Because that’s what many of us seem to be asking ourselves to do: just plow forward and feel nothing.

No sadness, no longing, and no feelings of nostalgia. No aching to hear their voice, or feel their touch, or share our day with them, or lay our heads on their shoulder, or roll around naked and sweaty and breathless like two wild animals, clawing at each other on the bed like we used to. Just move forward as if they didn’t exist at all.

This is just bullshit.

Faking it till we feel we’re making it, pretending we don’t feel anything at all, going about our lives and hiding it from the people closest to us—these are the ways we stay stuck in the loss, the heartache, and the pain of it all.

The feelings are there for a reason, so why are we pretending they’re not? Pretending sure as hell isn’t making them go away.

Emotional pain, like physical pain, is there for a reason. Just as physical pain is our body’s way of telling us that something is wrong and needs to be treated and healed, so is emotional pain. We feel pain because there’s a wound that needs some tending to. And many of us, when we’re in physical pain, want a quick fix, to “make it go away,” so we take some medication to get rid of the symptoms instead of treating the underlying cause—which is still going to be there once the medication wears off.

We do the same with emotional pain. Our impulse is to numb it. We try to make it go away with a glass of wine, or 10 shots of tequila at the local dive bar, or a nice fat doobie with a group of friends, or a quick drive through In and Out Burger, because that shit—that’ll numb what’s really going on inside.

So here’s the way out. Here’s what I’ve learned works to help us move through it…to ease out of it, so it doesn’t feel so intense and overwhelming and suffocating.

Blow the fucking lid off your self-imposed boiling top.

Stop giving a shit what your friends or family think and find one person who will listen to you and allow you the human privilege of vomiting all your bottled up emotions and feelings onto them with no clean up necessary. Find that one person you feel comfortable enough to ask those obsessively annoying questions that have been festering in your mind, keeping you up late at night, and forcing you to believe you’re pretty close to losing your fucking mind, like:

Whatever it is, get it out—because it’s going to metastasize like a cancer if you keep it in and allow it to poison the rest of you.

Yes, I know. You’ve done this and you still feel like shit. You still miss them. You still love them. You’re not getting over it.

Did you put a timeline on it? It’s been six months now, and you’re still not over them, so this advice is bullshit?

Yep, I get it. I’ve lived it. I’ve put a timeline on my own get-over-it process. I’ve looked back on people I once loved, or hell, didn’t love at all but maybe just really liked—and find I’m still upset and not over things that happened between us. And then there it is: the twinge. The emptiness, the anger, the sadness, the “what ifs,” the same unanswered questions still unanswered and me thinking, “Why the hell aren’t I over this yet?”

Getting over someone is a process. It’s not a three-step process or a 10-step process, it’s a unique process.

And for each of us, it’s different.

For some of us, it takes years because that person represented something larger that we weren’t ready to lose. So, we hold on tightly to the way we thought things should have been and stay stuck there for a while, until we become ready to accept what is and carry on without them.

For some of us, it takes a few months because we’re really good at soldiering onward with the attitude of, “Well, that kinda sucked. Their loss…Next!” And for others, it’s somewhere in the middle. We have a pretty average “getting over it” timeline that stays consistent with each heartbreak.

The only way to get over someone is to give yourself permission to move through it in a way that’s honest and real—which means verbalizing how you feel.

Honesty means admitting you’re hurting or still in pain or feeling frustrated because you’re stuck. It means asking people you trust to just listen so you can release it and process it—even if it’s the 100th time you’ve had to do that with them.

Honesty means putting down the alcohol, the drugs, the food, or your Bumble and Tinder apps, and facing that none of it is going to make what you feel go away, so you may as well face it and find healthier ways of dealing with it.

Honesty means telling yourself that you’re human. That we’ve all been there. Listen, I’m there right now. Right now, in this moment as you read this, I’m there with you. And I’m talking about it publicly because I don’t want people to think they’re alone.

You want to get over them?

“Be vulnerable, open the closet, shake the skeletons, get real, judge not, love all, serve all, be peace, make art, be grateful, laugh loudly.” ~ Colette Baron-Reid