If Adult Cows Don’t Drink Cow’s Milk, then Why do We? 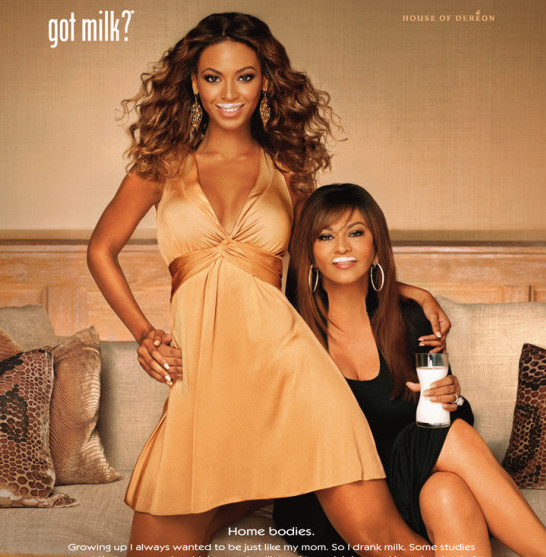 *Elephant is not your doctor or hospital. Our lawyers would say, “This website is not designed to, and should not be construed to provide medical advice, professional diagnosis, opinion, or treatment to you or any other individual, and is not intended as a substitute for medical or professional care and treatment. Always consult a health professional before trying out new home therapies or changing your diet.” But we can’t afford lawyers, and you knew all that. ~ Ed.

After seeing a field full of cows and catching sight of a calf drinking milk from its mother, it got me thinking—if adult cows instinctively know that other cow’s milk isn’t made for them, then why do adult humans also not know this?

Not only that, adult humans would not drink a human woman’s milk—as they know, instinctively, that nature’s intention is that mothers produce milk for nursing babies.

So, it really is rather strange that humans are the only species to drink the milk from another species, and what’s even odder is that they continue drinking it long past the nursing stage.

A cow’s milk is designed for its calves. However, it is rare for a calf to ever drink its mother’s milk in the realms of the dairy industry.

To maximize profits at factory farms, within hours of calves being born, 97 percent of them are stolen from their mothers. The other three percent are taken away within days. On so-called “humane dairy farms,” calves are taken away within an hour, as farmers believe it is less distressing than leaving them for a day or more.

A dairy cow will lose her babies between approximately four and seven times during her life, which causes extreme distress and anxiety and takes an enormous emotional, mental, and physical toll on the mother.

Dairy cows spend pretty much all of their short lives pregnant, so they are in an almost constant lactating state. Instead of feeding their own babies their milk, it is pumped from them with machines and given to human children and adults. Cows carry their calves for nine months, the same length of time that humans are pregnant.

Mother cows have the same primal instincts to protect, nourish, and nurture their babies as humans do. The same way that any new parent bonds with their baby, mother cows do the same. Just as a human baby cries when its mother leaves the room, a calf will cry for its mother too. Cows and their babies have been known to cry out for each other for up to six weeks after separation.

If that isn’t enough to make us consider opting for a dairy-free alternative to milk, it’s worth noting that cow’s milk contains casein, which is a glue-like substance that makes up approximately 80 percent of milk’s protein. If someone has sensitivities or an allergic reaction to milk, it is most likely due to the casein element. Studies have shown that milk protein allergy (MPA) is known to affect up to 15 percent of babies during the first year of life, as their intestines and immune system is too immature to process this strong protein.

Cows that are treated with bST (bovine somatotropin) to increase their milk production are known to contain even higher amounts of beta-casein type A1 in their milk. Beta-casein is a protein that contains an amino acid called BCM-7, which acts like a powerful opiate and has been associated with numerous negative health effects and chronic illnesses.

Casein digests in our bodies so slowly that substances in it, known as casmorphins, break apart and act like opiates when they enter our bloodstream. This is also widely believed to be the reason that dairy is so addictive, and why it has even been compared to heroin.

Nature intended casein to be a bonding “feel good” sensation so that nursing calves would remain calm, and also so that they would have a strong connection to their mother and return for milking. However, as calves are weaned off their mother’s milk when they get older, the high cholesterols and fat in it does not pose a problem for them.

All dairy products contain casein, and it is the main ingredient in cheese—this is why some vegans struggle to quit their cheese addiction when initially changing diets.

One study, carried out by Dr. T. Colin Campbell, even links casein to cancer and concludes that “casein (the protein in milk) is the most relevant chemical carcinogen” ever identified.

Another study carried out by the World Health Organisation (WHO) also linked beta casein A1 to coronary heart disease and type 1 diabetes in 0 to14 year-olds. Numerous other studies have associated it with allergies, autism, and neurological disorders.

Drinking organic milk does not free us from the apparent dangers of milk, as it also contains fat, cholesterol, a variety of allergens, and 59 active hormones, including Growth Factor One (IGF-1), which is a powerful growth hormone that helps a baby calf gain hundreds of pounds in weight during the first year of its life. Despite this, many people still feed milk to tiny human babies and young children—even though research has shown it is a probable stimulater of cancer cells in young children and adults.

When we take all of this into consideration, it really does highlight the need for a serious discussion about why we drink cow’s milk as adults, but, more importantly, why we feed it to our own offspring rather than leaving it for cows to feed their own babies.

If all of this isn’t worrying enough, when we look at the dairy industry and what mother cows and their babies go through just so we can drink milk, it makes sense (both from a health perspective and a compassion standpoint) to opt out of the dairy industry and, instead, choose from the delicious, healthy, cruelty-free options that are freely available in almost every supermarket.

I personally found that the consumption of dairy, particularly when I was premenstrual, had a volatile effect on my moods due to the varying amounts of progesterone and estrogen contained in milk, especially when the milk was from pregnant cows. High levels of estrogen in our system can lead to unstable emotions, pain, irritability, headaches, sweet or salty food cravings, poor concentration, insomnia, sluggish metabolism, weight gain, and lethargy.

As soon as I adopted a vegan diet and lifestyle, I immediately noticed I was less bloated, I slept better, I had higher concentration levels, and I no longer suffered from abdominal aches and pains or headaches. I also felt far more energized, and my skin was much clearer.

How Being Vegan Lowered my Anxiety & Cured my PMS.

Are We Really Animal Lovers if We Eat & Drink Them?