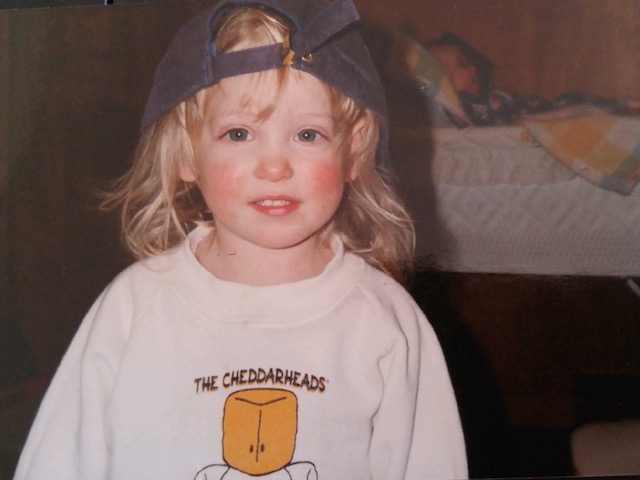 When I woke up this morning, my Facebook feed was flooding with two simple words—”me too.” Two words that encapsulate a lifetime of the feminine experience.

In light of breaking news about Harvey Weinstein’s decades-long history of Hollywood sexual assault, women around the world are stepping forward on social media in solidarity. The task, introduced on Twitter by actress Alyssa Milano, is simple but strong:

If you’ve been sexually harassed or assaulted write ‘me too’ as a reply to this tweet. pic.twitter.com/k2oeCiUf9n

Over 6,000 women have since stepped forward; I am one of these women.

The first time I was sexually abused was before I had the cognitive capacity to even understand what it meant to be female, or what it meant to have a body that was my own. A man 35 times my age took me, a golden-curled infant girl, into the bath and probed his fingers inside of me. This was not an isolated incident, and it continued without anyone’s knowledge for several years. These remain my earliest memories—ones I’ve spent most of my life trying to forget.

The trend of sexual violation continued into my adulthood:

When as a teenager, within a month of drinking alcohol for the first time, I woke up after a party with my pants twisted half-way off my hips and hazy flashbacks of my barely-conscious body being picked up off the couch and carried into a side-room to be fondled in my sleep by a boy I had barely spoken to.

When in college, I went out for a night of dancing with my girlfriends, only to have a stranger appear behind me and literally shove his hand up my skirt and into my vagina. On the dance floor. Surrounded by people who did nothing when I screamed.

When I woke up in the morning with my boyfriend’s d*ck prodding up against me as I lay quietly, pretending not to notice, because no one ever told me that partnership didn’t equate to unlimited consent.

Or when I moved to Hollywood and attended a movie premier and had to literally fight off some big-wig producer who was drunkenly dragging me into his Uber to “just have some fun for the night”—as if my shaky-voiced “nos” sounded like I was having fun.

And don’t even get me started on the infinite micro-violations of cat calls, uninvited d*ck pics, ass-grabs, and sexually-charged comments I’ve gotten from men I didn’t know, worked for, or straight-up had no interest in.

It took years of emotional therapy, meditation, and yoga for me to put the pieces together. When the light bulb moment went off, and I understood that what happened to me was in fact a real and formative trauma, it was like the missing piece to the puzzle of my life. Suddenly every mystery of my being made sense.

I speak from personal experience, but this is not just my story.

When I reclaimed my truth as an abuse survivor and started opening up to people in my life, woman, after woman, after woman met me with another tearful “me too.” It became shockingly clear to me that not only was my experience not rare, but it was one that a majority of women share. Nearly every woman I confided in had their own painful story to share. At one point, I started a women’s healing circle, and as we went around sharing our opening intentions, we realized that literally every single woman in the room had been molested or raped.

According to non-profit organization “Safe Horizon,” one in five women today have been sexually assaulted in their lifetime. One in ten women were molested before the age of 18. The statistics are even more horrifying for LGBTQ women and women of color. And that’s just those of us who choose to report.

And could you blame us for not wanting to? Case after case illustrates how women’s honest accounts are invalidated, ignored, or worse, met with more violence and hostility. The past couple years alone have been a testament to this. Brock Turner’s scott-free release, Bill Cosby’s shameful trial, or most recently, Rose McGowan’s account of being blacklisted after her own rape. Beyond this, one look at the comments section of any woman coming out of the closet with her story online is filled with minimizations, hatred, and cries of “not all men.”

So what do we do? Because I’m not willing to spend my life in fear or in silence, and I never want any other woman to have to do it either.

As f*cking frustrating and scary as it is to share something this vulnerable—knowing on a societal (and often interpersonal) level many people will completely reject our truth—we just have to do it. We have to start with owning our stories. Saying, “Yes, this happened to me. And it wasn’t my fault. And I see you and believe you too, sister.”

We devote ourselves to healing our past, accepting ourselves unconditionally in the present, and fighting for a future where sexual violence is an unacceptable offense. Because while we couldn’t control what happened to us then, we can control how we meet ourselves and our sisters now—with the patience, gentleness, and love that we needed before.

If you or a woman you know has experienced sexual trauma or violation, from the bottom of my heart I ask that you seek out healing and support however you can. Start by getting the words out of your body—whether to a loved one or in the privacy of a journal. Healing starts when we express our truth. Then, I highly recommend seeking counseling. Whether in a women’s circle, or with a therapist, or a sexual survivor’s support group—talk with other women. These spaces exist in every city I’ve ever been, and they really do help. I also have found expression through yoga and art to be profoundly healing. Be willing to try different modalities until something starts to move the pain out from where it’s been buried inside all this time.

My path of healing has been a long and winding road filled with mistakes and tears, but also profound connection and love. This is a lifelong work, but it is worth it. Because when we honor our experience and make space for healing ourselves and our sisters, we reclaim our pleasure, our feeling, and our very aliveness.

I refuse to be a victim in this life. I refuse to let my story limit who I get to be in this world. I believe in healing, I believe in the power of love, and I’m committed to being a voice for this movement. We can—and we will—rise above.

The social structures that allow sexual violence to continuously occur are not going to transform overnight, but we can contribute to being a force of love and change in this world.

RAINN: the largest anti-sexual violence organization in the country.

NO MORE: prevents sexual violence through programs with a coalition of allies, advocates, survivors, government agencies, and individual citizens.

The Consensual Project: partners with schools to educate students on consent. It’s giving young people resources on how to have conversations about consent.

We cannot fear our truth, or that of any other human being we share this life with. I honor each of you in every moment. I honor your experience, your process, and your path.

We are here, and we are not alone. 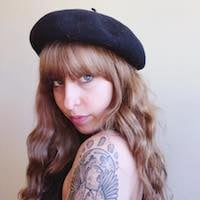