There’s Something other than the Color of our Skin that Separates Us. 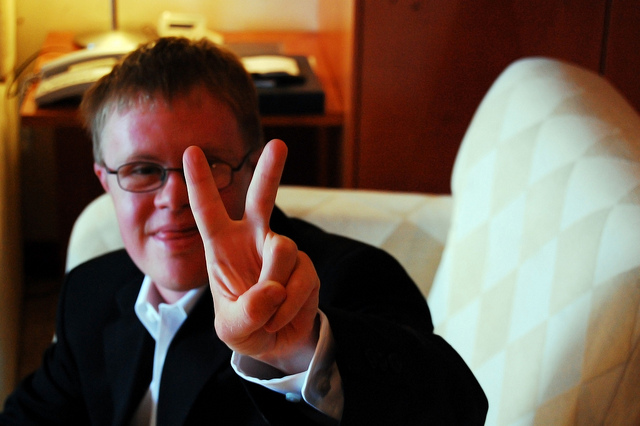 Since the American election last November, our differences as humans have come to the forefront.

But there’s more to this than just the color of someone’s skin, which is the primary focus at present.

News stories over the past few months have highlighted displays of hatred around our country in various protests, predominantly around race issues. But there’s another type of exclusion for which there are no protests—the exclusion of people with disabilities. There are no news stories to bring to light the unfair treatment.

I’m a disability advocate, and I recently attended a meeting to go over the details of an upcoming volunteer event. I overheard the volunteer coordinator say, “Oh, they love to dance,” as she talked to the group of volunteers about the attendees.

During the meeting, there were several other generalizations made. Each time I heard the phrase “those people,” my heart broke a little more. While the volunteers were impressed by their own efforts, it occurred to me that they had created a huge blind spot with their us versus them talk that alienated the very group they were about to serve.

Unfortunately, when we speak about people with broad generalizations that define them as being different from us, we often sound so condescending. We forget that they’re just like us, simply with a different set of circumstances.

I’ve worked in the disability community for many years, and I often experience people saying things like, “I don’t know how you do it” and “I could never do that for a living” and a million other alienating statements that make those on the receiving end of these comments (like me) feel a little awkward. I often think some actually think my job of working with people with disabilities is akin to working with people in a leper colony. But the reality is, I have one of the greatest jobs in the world because I get paid for my passion, and when you do that, you never work a day in your life.

One of the most damaging and devastating truths I see is how much we are lagging behind in loving those that have challenging and often debilitating circumstances.

What we all should know is that if we’ve met one person with Down Syndrome, autism, or cerebral palsy, they are a unique and special individual. Just like the rest of us are. And while they may have some things in common, they don’t represent all people that share that diagnosis.

And contrary to what the volunteer coordinator thinks, not all people with Down Syndrome like to dance. Not all people with autism are like Rain Man. We need to think of Rain Main as only Rain Man, as he is just one representation of many real people out there who have autism.

Years ago, people with disabilities, including those with autism, were not respected or cared for. Many people with autism were taken to institutions and homes, and subjected to unimaginable cruelty. We didn’t see these children at school because they were never given the opportunity to go to school. We didn’t see them out playing because they were never given the chance to play. And just like other groups of people that feel they have not been treated fairly for generations, there is a dark, dark history of how people with disabilities were treated in America.

But thankfully, people diagnosed with autism and other disabilities are now in schools. They are now going to college. They are now writing blogs and books, running companies, and sharing their voices. They are now becoming visible.

It is important to entertain the idea that we, or a family member, most likely will face life with a disability at some point in our lifetime. One thing we often don’t realize is disability doesn’t discriminate. It affects people of all social, economic, and cultural groups. Our children could unexpectedly be born with a rare genetic disorder. Or we could end up in a wheelchair in our golden years.

We need to stop treating those with special needs, chronic illnesses, and disabilities as if they are a burden. Many families that I have spent time with view their loved one with a disability as a blessing. Their unique journey is one they wouldn’t trade for anything. Instead of looking at them as needy, we can instead learn the proper terminology, communicate directly, ask before providing assistance, and be respectful in our words and actions.

There are other things we can do to indirectly bring awareness, such as using social media to our advantage. It’s not necessary to shame someone when you can educate them instead. You can post links to articles, help raise money, or get involved in events impacting those with disabilities.

We can address prejudice. Oftentimes, people will unintentionally use the wrong word or phrase. For example, if we hear someone say, “She’s the Down Syndrome girl,” we could say, “Actually, the preferred term is ‘girl with Down Syndrome.'” When we open our hearts to others in such a way, the rest of the world will stand up and take notice.

If we have a love for others, and particularly for helping to learn to be comfortable around someone with a disability, then we can do it. It might take a little learning. It might take a little sacrifice of our time and willingness to come out of our comfort zone. It might even be a little challenging at times, but many who’ve given it a try have felt that the experience alone is rewarding beyond measure.

We can all benefit if we volunteer, get involved, become informed, and see what it’s all about. Those with disabilities very much have a voice to share; we simply must help them to do so.

“There is no greater disability in society, than the inability to see a person as more.” ~ Robert M. Hensel 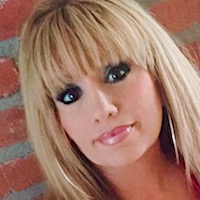