When it comes to Taxes, give Americans a Little Credit. 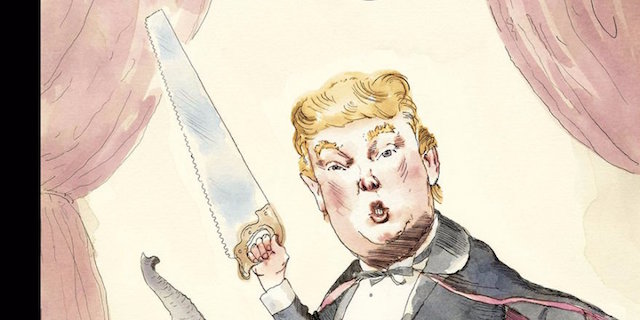 I’m just going to come right out and say it:

If implemented as is, Trump’s recently unveiled tax plan would be very good for my family. This is because, based on our income, we fall into a category of earners that would be considered upper-middle class.

For some context, we didn’t get here by being raised super rich, although we both did come from middle-class families and were afforded certain privileges. My parents—a car salesman and a nurse—struggled to get by, but somehow managed to keep three kids fed and even put us through college. My husband’s parents—a baker and an interior decorator—also scraped together enough to put their two kids through college.

We got here because my husband’s brain can hold and interpret a lot of numbers and information at once. This set him up for a successful career in the bond management world as an investment manager. On his business card, this looks fancy. Close-up, and in our own private jokes, he is a glorified babysitter and patter of worried hands.

I’m scoffing, only because I’m a little jealous and annoyed at the financial partiality given him based on his natural strengths over my inclinations. Because when we compare who works harder (and even who puts in more hours), it’s oftentimes me. But when we compare who receives more regular pats on the back, its almost always him. As a certified hand-holder, he gets regular feedback on the job he does every day, good or bad—while I, as a writer, covet every comment, read, and “like” on articles like newly-discovered gems. (Therefore, if you can spare a comment, good or bad, consider the comment field below my upturned hat.)

In a different society, or in another time and place, perhaps priorities would be reversed. Perhaps there, writers (and yoga teachers and stay-at-home moms) would be valued highly and paid well, while money managers would be offering their services in exchange for massages (which, incidentally, is the price for my husband’s input on this article). Maybe in that imaginary world, I’d be the one bringing home the paycheck. But in the one we live in, his is the more “valued” skill set, so it is he who brings home the paycheck.

Once a year, we, like millions of Americans, complain about our tax bill. We can’t catch a break, we’ll complain to each other. It seems no matter how many deductions we take, write-offs we claim (usually my losses), donations we make, or extra payments we might send to Uncle Sam mid-year, we always end up owing in the end. And each time it happens, we groan and grumble a bit at the bite it takes out of our savings account.

And then we wake up to reality. The reality is that, despite what we pay in taxes, each month we have enough money to cover our needs, and several of our wants. We have slowly built up a savings account. We’ll be able to send both of our daughters to college. We have never (unless we go back to our 20s) had to choose between two needs—like medicine or food—as so many low and even middle-class Americans often do on a daily basis.

Once we remind ourselves of these basic truths, we open a bottle of wine, stop bitching, and pay our tax bill. We are lucky, and we know it. We know that we don’t need a tax cut to make our lives better. We wouldn’t feel much impact on our lifestyle, anyway. It is the lower and middle-class Americans who would truly suffer, and it is they who could truly feel and benefit from the relief offered from us paying more. We want to see that happen, so we will oppose any tax plan that benefits the wealthiest Americans richly, and our president profusely. That includes the one just proposed in which, according to a study from Washington post, “80 percent of the tax benefits would accrue to those in the top one percent.”

Donald Trump and his family, as well as many members of his cabinet and administration (including congressional members of both parties), don’t only fall in the top one percent of income earners—many of them fall in the top point 1 percent. And yet, Mr. Trump claimed, “I don’t benefit. I don’t benefit. In fact, very, very strongly, as you see, I think there’s very little benefit for people of wealth.”

This is (unsurprisingly) false.

According to the New York Times, based on a 2005 Trump tax return, Trump’s family stands to benefit by at least $1.1 billion in tax savings from the removal of what they are calling the “death and generation-skipping transfer taxes” (estate and death taxes) alone.

Plus, he would save more than $31 million by the proposed repeal of the alternative minimum tax (AMT), and experience a savings of about $16 million from taxing certain types of business income at a much lower rate. While this would be somewhat offset in the repeal of deductions to the tune of about $3 to $5 million, this is nothing more than chump (Trump?) change in the final calculation.

(By the way, watch for this $3 to $5 million to be the main talking point of Trump surrogates in the coming weeks and months. Or watch as they once again claim outdated trickle-down economic theories, which have been disproven time and time again.)

When asked about Trump’s potential windfall, his White House economic advisor Gary Cohn (who himself is worth $266 million) said, “What I think the American people are worried about is their own financial situation. I think what they’re concerned about is when they go to work every week and they get their paycheck at the end of the week, how much do they get to keep?”

I’m not generally one to push back on the “what’s-in-it-for-me” mentality of many Americans. But this quote paints Americans as self-absorbed simpletons who vote only based on how it will affect their wallets and can take nothing else into consideration. That as long as we are not personally hurt, we don’t care about equity, fairness, or compassion. This is offensive to me and to millions of Americans who are more than capable of taking many factors into consideration as we look for long-term, wide-reaching solutions to our nation’s problems.

Sarah Huckabee Sanders, press secretary to Donald Trump, has stated that the President can walk and chew gum at the same time. Well, so can we.

We Americans can care about the impact on our own tax bill, while also remaining interested in what the wealthiest among us are in a position to do to support our government and collective well-being. We can care about our own family budget, while also worrying about our nation’s rising debt. And we can vote with our pocketbooks in mind, while also voting from our hearts.

I’m not one who thinks taxes as a whole are a bad thing. In fact, I believe that paying our fair share in taxes is the price of admission for living in this country—and that fair share should be determined by how much you make. In the same way that getting everyone to pay in to healthcare, the healthy included, would allow us to care for all Americans, paying our fair share in taxes allows us to ensure the health of America. Ensuring the health of America means investing in our collective standard of living, our infrastructure, our schools, our parks, and our future. This takes tax money.

Mr. Cohn: We are busy people, yes. But to imply that we can’t look beyond our own jobs, our own families, and our own self-interest to see how you and others are plotting to shirk your personal responsibility as an American taxpayer is an insult to our humanity. Don’t claim to know what we are interested in, what we care about, or what we consider.

You may not be able to see beyond the tip of your own nose, but it’s time you give the rest of us Americans a little credit.