Witches, it’s Time to Come Out of the Closet! 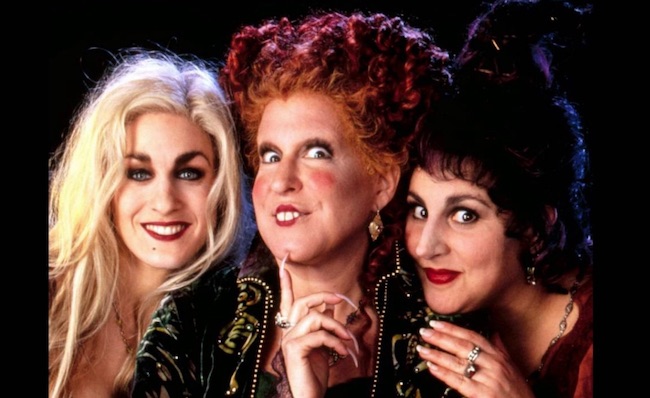 For reasons I will never quite understand, witches have a nasty reputation.

We say, “She’s such a witch!” like it’s a bad thing. We create horrifying movies that portray witches as deplorable monsters. Not to mention that period of time when we burned, jailed, hanged, and drowned 30,000 people whom we suspected of witchcraft.

Witches are just people who can do magic. And, what is magic but the ability to manifest our clear intentions into reality?

As witch Carolyn Elliot reminds us, “Every last shred of entrepreneurial mindset advice that you can find, even the glossiest, most mainstream stuff, from Tony Robbins to Dale Carnegie to Marie Forleo, is just occult wisdom, secularized and watered down so as not to offend the masses.”

Entrepreneurs, artists, visionaries, and change makers are about as witchy as they get!

Since we all have the power to manifest our intentions, we all are witches, whether we want to admit it or not.

Think of any goal that you’ve ever achieved—that was magic! You said that you were going to do something and then you created it in your reality. You’re a witch.

In fact, abracadabra, the word we associate with witchery, really just means, “I create what I speak.” We all do, whether we know it or not.

Most of us just take a little longer for our spells to work; we cast our spells in slow motion. If we are good at being a witch, we can manifest our intentions into reality quickly.

Here’s an exercise to help you clearly manifest your intentions into reality and be a better witch.

While we may think that our words are powerless, really, they create our reality. Our words are magic. That’s why putting letters together is called spelling! We are casting spells when we form words.

We say the words, “I love you” or “I hate you,” and it creates a dynamic, full-bodied chemical reaction in the cells of the person at whom the words are directed. It might even shape the rest of their lives from that point on. And, we didn’t even touch them. Can it get more magical than that?

You see, reality is no “certain way” until we say it is. Reality is just “energy soup” with no inherent meaning. There are an infinite number of ways to interpret the reality of any moment, and the perspective we choose cements it into just one of those possibilities. How we choose to perceive each moment dictates the actions that we will take in the next.

It’s no coincidence that the way in which something is perceived or regarded is called “conception,” the same word we use for conceiving a child. By using language to interpret reality, we “give birth” to the conditions that will ensue. We conceive our reality with the thoughts we think.

But, many of us live with the illusion that reality is a certain way and we’re a separate entity that is forced to react to the way things are. But it’s the other way around; we create our reality through our perception of it.

We do magic every time we tell someone how great we think they are. We are changing their perspective of themselves, which can shape how they live their lives. We are creating agreement (with ourselves or with others) that a person is a certain way. No one really is any “certain way,” but by altering the view of this person, we alter how the world interacts with them and thus the person themselves.

This power extends to the whole world. If we believe that the world is scary, we can find evidence every day to prove our theory right. And, when we place our awareness on the scary things, the world becomes scarier. The thought “the world is scary” is a filter through which we can only ever see a scary world. Tada! From energy soup, we created a scary world for ourselves with our thoughts.

We even change our mood, biology, cells, and genes with the thoughts we think. For example, grateful thoughts produce dopamine, which alters our mood and thus, our actions.

Some research suggest that thoughts have tangible energy that influences other things, like biological processes in other people, the functioning of machines, the growth of disease cells, the direction in which fish swim, and the make-up of water molecules. I’m not a scientist so I won’t give my two cents on this, but I don’t really think it matters. Why spend time trying to change water molecules when we can use the power of language in the same way Gandhi, Martin Luther King Jr., and Mother Teresa did to shape our world for the better?

In order to get really good at witchery, we have to recognize and honor the power of our word. If we say, “I’m going to stop domestic violence,” and we don’t do anything about it, we are diluting our magical powers. When we understand that everything is only what we say it is, and that we create our experience of life by what we say about it, we know how important it is to use our words wisely. We get better at “doing magic” when we learn to follow through with what we say we are going to do.

So, you don’t need Hogwarts. You don’t even need a wand or potions. All you need is to train yourself to do what you say you are going to do, and learn how much of an impact your words have on yourself and others, and you are (will be) a powerful witch. You can break the spells that bind you and begin casting those that can really make a difference.

So, next time you feel disempowered, just remember abracadabra—I create what I speak, and start making magic!