Four Ways to Find your Calling. 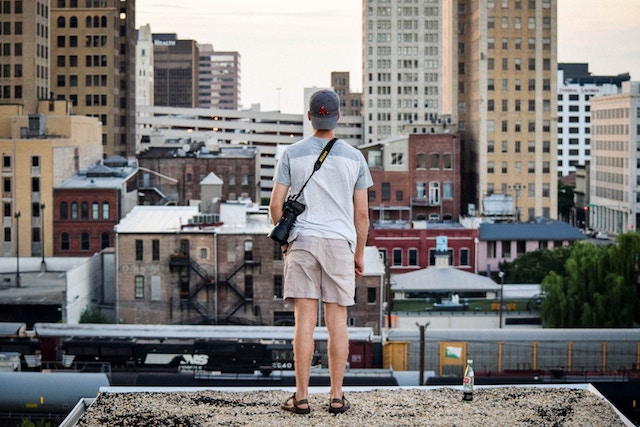 I’m going to put all of my Dr. Brené Brown knowledge to the test and get really vulnerable here.

When I was 10 years old, my parents had this Billy Joel LP (those were those big things people played on record players), and there was a photo on the back of the album cover of a bearded and candid Billy sitting outside of his palatial East Hampton estate, drinking a cup of coffee and reading the Times.

I think if you were born after 1988, it would be difficult to understand the rarity of a photograph such as this, but try to understand that there was no reality television, and we never had the opportunity to see celebrities beyond what their public relations people allowed us to see. A back cover photograph such as this made the performer seem almost human and more relatable, and as an impressionable kid, it sent my imagination into the stratosphere. I would stare at that photograph and imagine that was going to be me someday.

So if you had asked me years ago what I thought my calling was, I would’ve said singer, performer, and songwriter. However, as I experienced more and more life and as I learned better about the difference between my ego and my “gift,” it began to get clearer that my gift existed more in my writing than in my music. It was when I began getting emails consistently from people telling me how much my articles helped them that I was convinced of this. Yes, I loved being the front man in a rock group with all the attention and applause, but something felt more altruistic and spiritual about writing.

My deepest belief is that the universe has a strange way of educating us, so if I did not spend so many years plugging away at songwriting, my prose writing would not have developed into what it had. There is a musical technique to word selection that is very similar to musical note selection, and it is a lot more fun to read something with a sense of rhythm than it is to try to clunk through something awkward.

More than all of this, what I gleaned from bouncing back from a life of substance abuse and degradation that music seemed to afford me, into a life of spiritually minded recovery, supplied me with a host of tools and valuable experiences to draw upon. Finally, when I got myself a life coach and we hammered away at my psyche, my mission made itself clear, and I began working on my non-fiction book proposal.

If you are trying to figure out your unique calling, perhaps you can employ these four valuable tips:

1. Use Your Envy: What do you see on Facebook that makes you wish you were that person who is causing you to seethe?
Is it their job? Their artistic success? Break it down. If it is creating such a visceral response, that is definitely something to consider. If they are an awesome guitar player and you can’t play a kazoo, don’t let that stop you! Those are mere details. Chances are that it is not their musical acumen you are jealous of—it’s the attention they’re getting. Turn those bad feelings into gratitude and figure out how you can get there too.

2. Get Quiet and Listen to Your Heart: A lot of times we convince ourselves that we don’t know what our calling is because we are too fearful to admit it. If you want to be an actor, just say it out loud! I know a woman who didn’t begin to pursue an acting career until she was 65 years old. She wound up finding her niche in late-night television commercials and actually did pretty well with it. Whether you say you can do something or that you cannot do something, you are right.

3. Have an Out of Body Experience: When you have time to daydream, try this exercise: have a sense of floating above yourself and watch yourself throughout the day. What are you good at? Do your friends go to you for advice with their relationships? Are you incredibly adept at feats of great organizational strength? Look for little clues you may be overlooking due to the noise of everyday life. There may be valuable information there.

4. Fantasize: Okay, here’s the final thing and the one you’re going to have to have the most faith to do: remove all of your inhibitions about what you believe to be possible or impossible, and let it rip. Allow what you consider your most ridiculous fantasies steer you. It doesn’t matter if you are 350 pounds and want more than anything to be a yoga instructor—it can be done. There are usually a variety of things that hold us back from our dreams, but never with the veracity that we tend to hold ourselves back.

Whatever you come up with after using these methods, keep this in mind: without action you have nothing. A lot of times you have to just start doing something. There have been numerous occasions where I have set out to write one thing and came up with something completely different…and much better than I had originally hoped for. So, yes, use these thinking and meditation practices initially to get you started, and then move your muscles.

Before you know it, you will be aimed deftly at your purpose!