Why Failure is the Best Gift we can Give our Children. 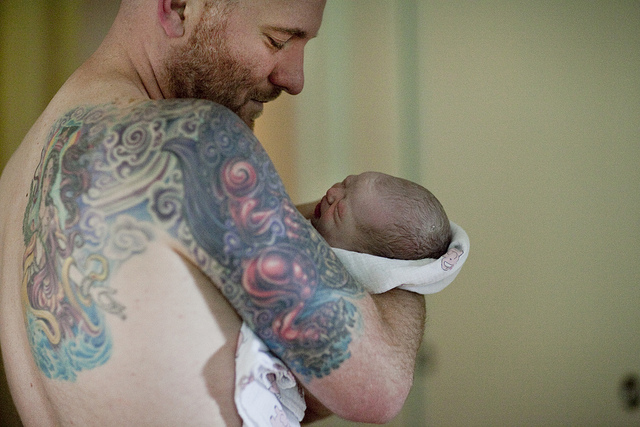 “No one can build you the bridge on which you, and only you, must cross the river of life.” ~ Nietzsche

I sat on the bench facing the Savannah River in Georgia and journaled on the last few turbulent weeks of my trip to the States.

My daughter had just slept her first night in a college dormitory. My son had already left home three years prior, so I was preparing myself to go back to face an empty home and an entirely new life.

My parenting days were effectively over.

As I wrote, I repeated two words over and over: let go.

I grew up the result of the old way of parenting, which is to say a mixture of laissez-faire and our parents being too self-involved to cater to our every need. I’m from the new generation; we handled parenting in the modern way, which meant we simply overprotected.

True, I’m generalizing, but there’s a lot of truth in what I’m saying too.

We “modern parents” overprotect by interfering with our kids’ schooling and teachers’ judgments. “Don’t you think they deserve a higher GPA?” we ask the teacher, who then smiles awkwardly. We overprotect by engineering their friendships and pushing them to choose the kind of people our younger selves wanted to be with. We overprotect by monitoring their every move like a CIA agent trailing a drug lord.

Perhaps my generation overreacted to our parents’ lack of participation in our lives. Or, maybe we have evolved and are more responsible and responsive to our children’s needs than they were. Either way, I feel that I’ve overprotected my kids.

I still remember when I was 11 and my parents sent me to get McDonald’s from a new branch in West London, which was almost an hour away.

We had recently moved to the United Kingdom, and needless to say, I got lost. I arrived back home three hours late, to my parents’ great relief. However, within that one exciting trip, I learned how to use the train, saw the new punk subculture live on the streets, and experienced so much about living in England.

I also recall driving in London at age 15, without a license or my parents’ knowledge. I’m not condoning my actions—I was lucky not to get caught or have any accidents—but, I did learn how to drive and navigate the streets.

I ended up being the only one of my family and friends who passed my driving test the first time.

My parents gave me love, and lots of it, but often faltered in giving me direction. However, the best gift they gave me was the opportunity to fail, and then learn from those failures.

That opportunity not only made me stronger, but also instilled in me a sense of responsibility and independence that has helped me in every aspect of my life.

I look at today’s generation and sense a mood of entitlement. They expect things to be done for them. They shun responsibility and avoid making decisions.

After reading Jessica Lahey’s bestselling book, The Gift of Failure, and with much reflection on my own parenting over the years, I wish I could get my kids back for another four years (yes, I miss them that much!) so that I could change my ways.

I was trying my best as a parent and thought I was a great father. On reflection, however, many factors affected my parenting, not least of which was ego and and a pull to acquiesce to society’s norms.

Do we want our kids to get the top grades, get onto the varsity soccer team, and be around the most popular people because of us—or them? How do we define what is “best” for them, anyway? Is it not based on our criteria and values, rather than theirs?

When we impose our likes, dislikes, and values on our kids, we rob them of their individuality and their own experiences. As Lahey says, “When parents try to engineer failure out of kids’ lives, the kids feel incompetent, incapable, unworthy of trust and utterly dependent.” They are, she argues, unprepared when, “failures that happen out there, in the real world, carry far higher stakes.”

I love the title of her book—The Gift of Failure—because learning how to navigate failure really is the greatest gift that we can bequeath our children. Especially when we also give them our undivided love and complete support.

Through failure, they will learn life-long lessons they could never learn otherwise.

I remember when my son was 12 and the varsity soccer head coach didn’t choose him on the first team. I was crestfallen for him, but also angry. I was coaching my own soccer team, which included my son, and many of the kids on my team were also on the varsity team. I also see myself as a soccer buff, as I’ve followed the sport for almost 40 years now.

I confronted the school’s head coach and went on to explain my opinion on his negative tactics, which saw the team lose their first few games. He unsurprisingly ignored my input and relegated my son to play in the B-team.

I was now absolutely livid and felt it was personal, until my son took me aside and told me in his gentle way that this was his fight, and he could handle it.

I swallowed my pride and the hurt I could see in my son’s eyes and stayed away.

A month down the line, my son managed to work his way back to the first team, and I was so proud—not because he was on the team, but because he did it his way. My son later told me that that incident marked his growing up, a kind of “rite of passage” event in his life.

A few weeks ago, I found myself in Bed, Bath & Beyond to get some of the furnishings my daughter needed for her new dorm room. I tried not to interfere, but couldn’t help myself…until my daughter screamed at me (in her not-so-gentle way) to sit outside and wait for her to finish the shopping.

It was a small move, but it signaled my time to pass the baton to her.

On the last day before her move, I walked her to the campus and explained that I loved her so much and that I would always be there for her. I didn’t need to say anything else, because she knew, and was eager to enter the next chapter of her life.

I wanted to say (but couldn’t):

“I’m letting go now, and I understand it’s now your life, complete with your choices, actions, and results that will define you. I know that you will make mistakes—trust the wrong person, get on the wrong side of a few teachers, break your phone and have no money to repair it (and feel that you can’t tell me because you’ve taken responsibility).

I know you’ll be okay and you might mess up once in a while, but all that will pass as you learn to navigate your own failures. I trust you will know what to do.”

Instead, I asked her for one thing only:

“Can you leave your “last seen” on in your WhatsApp?”

It was the only sign I had that she was breathing, over 5,000 miles away.

I walked away, then cried all the way to my hotel.