How to Stop Burying ourselves in “Shoulds” & Enjoy Life More. 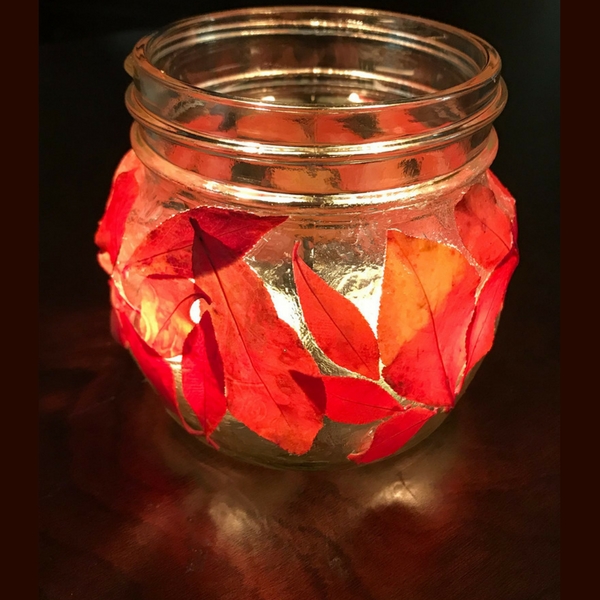 I am the queen of unfinished projects.

Let me restate that: I used to be the queen of unfinished projects.

My husband would visibly cringe and let out a frustrated sigh whenever I mentioned a new craft idea. It was almost guaranteed that I would go buy all the supplies, get halfway through creating the thing, then set it aside and eventually forget about it. Right from the start, it is was destined to land in the craft bin—or, as he calls it, the place my projects go to die.

This plastic tote full of half-finished projects has been carted from place to place over the last 18 years as we’ve repeatedly relocated with his military career. In each new home, this bin has been stuffed into the back corner of a closet, and it pretty much stays there until the next move.

I once went through the tote during an unpacking session and decided to resurrect one of my old unfinished pieces.

It was a fabric pillow, meant to be filled with flax seeds and used as a microwavable heat pack to ease neck and shoulder tension. This particular project had been in the tote for about 10 years—and as I took inventory, I realized all I had left to do for this piece was fill the segments with flax and sew up those three half-inch openings. With a burst of determination, I filled and stitched it.

I had abandoned the pillow with just five minutes of work remaining.

When I think back on all of my unfinished projects, one common theme comes to mind. As I progressed through each one, it started to feel like the thing I was working on was not going to turn out the way I expected. This feeling would lead me to set my project aside—and ultimately, abandon it altogether.

Recently, my kids’ Waldorf-inspired home-school curriculum introduced us to the Festival of Martinmas.

If you have never heard of this (as I hadn’t), it is a festival—also called the Feast of Saint Martin—which is celebrated annually on November 11th. One part of the celebration involves creating lanterns by gluing autumn leaves to the outside of a glass vessel (such as a mason jar) and then placing a candle inside. When lit, it becomes a gorgeous colorful luminary by which to “be the light in the darkness,” both literally, as we celebrate the oncoming long winter nights, and figuratively, embodying the intention to bring joy and compassion to others during this season.

My kids and I began the project with plenty of time to complete it by Martinmas.

Old habits die hard, however, and…well, we did not create our lanterns in time for the festival. Still, this project did make for a really fun family activity nearly two weeks later—on Thanksgiving Day, as we waited for the turkey to cook! We then got to admire the beautiful glowing centerpieces as we enjoyed our dessert that night. (My lantern is the image above!)

In years past, this would have been a prime opportunity to beat myself up; I would have been frustrated over missing the original holiday deadline and put it off to try again next year (likely to only forget and/or not complete it yet again!). I contemplated this habitual response, however, and shared my thoughts within some of my favorite Facebook communities. The response was of gratitude and resonance.

It showed me that I’m not alone.

I realized I am connected with all of these women who struggle similarly—women who give up on their plans or desires because of feeling like they are not enough. We bury ourselves in “shoulds” until the stress is too much to handle. Many even perpetuate an ongoing cycle of overwhelm, often believing it’s “just a normal part of life.”

What if I told you it’s not?

What if we just do the things we want to do without beating ourselves up over all the “should haves”?

What if we let go of the negative titles from our past and just do the thing anyway?

What if we counter that voice that says, “Oh well, too late now—we’ll try again next year…”?

What if we practice finishing enough times that it changes our perception of ourselves, and we become Queens of Finished Projects?!

What if, by overcoming this, we could then focus on finishing with a deadline (when necessary)?

And what if we let go of our own impossible expectations and the frustration of striving for perfection, and simply allow ourselves to enjoy the journey?

We could have fun in the process of playing—creating—being in the moment!

When we eliminate the stress that sabotages our efforts in the first place, perhaps the end result will cease to matter so much, and we can come to appreciate the journey.

And, this doesn’t just apply to craft projects, by the way. It can also apply to any number of life situations, like a step forward in business or making changes in food choices, physical activity, and other self-care habits.

I hope my little luminary has brought some light to the darkness of your struggles—I know it did to mine.

Happiness Is A Journey, Not A Destination. 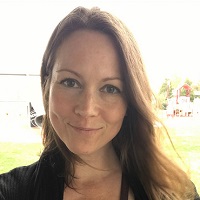