Things couldn’t get any worse? 5 Ways to Navigate the Hard Times. 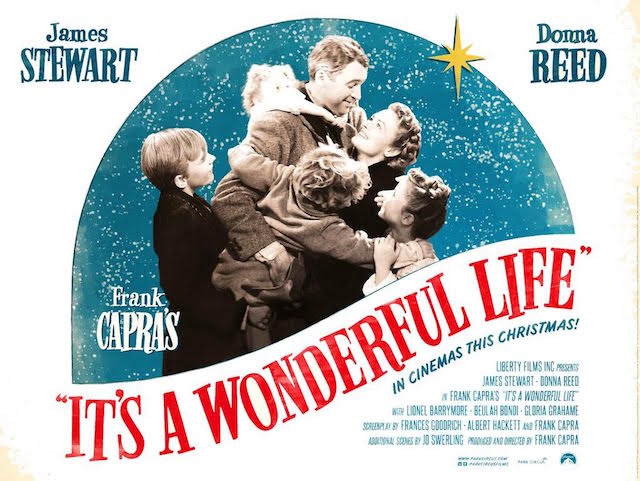 From the first time I saw “It’s a Wonderful Life” about 30 years ago, it became my favorite holiday movie.

Besides having a huge crush on Jimmy Stewart, the tale of loss and redemption stayed with me over the years. Things couldn’t get any worse? Have faith, persevere, and you’ll find a happy ending.

I believed that for most of my life—until this year.

This year, it didn’t feel like it was going to be okay.

2017 started off with a death in the family on New Year’s Day. After the funeral came the disturbing inauguration of Donald J. Trump. The month of January culminated with my husband’s unplanned retirement after 36 years in the same industry.

The reality that there was suddenly a limited number of paychecks hit us hard. Unless he got another job, we would be living on what we had saved for retirement and my humble yoga teacher pay—10 years earlier than expected. We weren’t, and aren’t, ready.

The next few months brought the high school graduation of our youngest child and the subsequent departure to college and the first wedding in the family: emotional, exhausting, and expensive.

The year didn’t stop there.

A month ago, another of our children entered residential rehab for an addiction problem that has been simmering for years. We are beyond grateful he is getting help, but rehab isn’t cheap, and it’s adding up fast.

All the while, my husband has continued searching for a job—a thankless and dispiriting task. Since January, our thinking has been that as long as he got something by December, we’d be good. It’s December, and still nothing. Sure, my yoga teaching income continues to trickle in and keep my karmic bank account overflowing, but the truth is, the mortgage payments require actual money. His last paycheck arrives this week.

I feel a little like George Bailey at his lowest. We are buried in bills: some expected, and some we didn’t see coming.

If there were a bridge nearby, like the one in Bedford Falls, I’d head in that direction to see if I could coax my angel down from the heavens to give me the help Clarence gave George so many years ago. What would my angel look like? Would she have her wings already or still be working on them, like Clarence was in the movie? What advice would she give me—or all of us—to help us handle these challenging times in a mindful way?

Get some perspective. I had a neighbor growing up who used to say that if you and all the people you knew put your problems in the middle of a big circle, you’d likely take one look at what they were dealing with and grab your own problems back as quickly as you could.

There are no shortages of heartbreaking difficulties. It’s helpful to remember that ours, relatively speaking, aren’t necessarily that bad in the scheme of things.

As Buddhist monk Pema Chödrön puts it, “Compassion for others begins with kindness to ourselves.” Need therapy to help sort things out? Find a reputable therapist. Need to de-stress? Practice yoga or get a massage (or both!) Whatever self-care looks like for you, go there. Taking care of ourselves puts us in a better position to be of service to others.

3. Be of service to others.

Building on that last point, a good way to find strength in tough times is to help others. Do something for another human being: make and deliver a meal, visit someone who is homebound, volunteer at a homeless shelter, call someone and really listen, or smile at the grumpy cashier at the grocery store.

Being of benefit is not only part of the reason we are here; it’s also a proven mood elevator. As Gandhi famously said, “The best way to find yourself is to lose yourself in the service of others.”

In yoga, letting go is called aparigraha (non-possessiveness). It literally means to not hoard or hold on to things we’ve outgrown or that no longer serve us. Holding on to beliefs, relationships, emotions, and attitudes that limit and hold us back prevents us from moving forward.

Resentful and angry about 2017? Let it go. Clean your emotional, and literal, house to make room for whatever 2018 has to offer.

5. Be open to the gifts of the moment.

In our family, we have a saying we use whenever something upsetting happens: “What would the Chinese farmer say?”

The story of the Chinese farmer is a 2000-year-old Taoist (a philosophical tradition of Chinese origin) parable of a poor farmer who has a horse who runs away. His neighbors gather to exclaim, “What a terrible thing for you!” To which the farmer replies, “Maybe yes, maybe no. We’ll see.”

Then the horse returns with seven wild horses. The neighbors gather to say, “How wonderful for you, your fortunes have surely changed!” To which the farmer replies, “Maybe yes, maybe no. We’ll see.”

Then the farmer’s son is thrown from one of the wild horses and breaks his leg. The neighbors gather and say, “How horrible this happened!” The farmer says, “Maybe yes, maybe no. We’ll see.”

The next week the emperor sends his soldiers to the farmer’s village to gather all of the able-bodied young men to fight in a distant war. The only one spared: the farmer’s son.

This timeless story is a reminder to not get too upset or attached to what happens. Even things that at first seem to be “bad” can turn out to be an opportunity or vital turning point when we look back on it.

The poem “The Guest House” by 13th century poet and philosopher Rumi sums it up nicely:

A joy, a depression, a meanness,
some momentary awareness comes
As an unexpected visitor.

Welcome and entertain them all!
Even if they’re a crowd of sorrows,
who violently sweep your house
empty of its furniture,
still treat each guest honorably.
He may be clearing you out
for some new delight.

The dark thought, the shame, the malice,
meet them at the door laughing,
and invite them in.

We sit perched on the edge of a new year. There is no denying that last year was unusually challenging. Did many good things grow out of the mess of 2017? Undeniably, yes.

I can just imagine my wingless angel, perched on my shoulder, offering some final words. “Look around, there are blessings everywhere. You really do have a wonderful life.”

I bet you do too.

And I think I just heard a bell ring.

4 Inspiring Pema Chödrön Quotes & One rare recording to Help You Through Any Day. 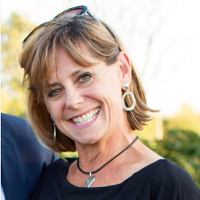