This is what will help Heal today’s Patriarchal Problems.

At a time when I was experiencing sexual harassment, I came across an interview with the First Minister of Scotland, Nicola Sturgeon.

In the interview, she discussed the issue of how women are sexually objectified in our society.

She said “women are judged differently in politics,” giving the example of how the press reported on her Brexit meeting with Prime Minister Theresa May. Rather than highlighting points that were conferred at the meeting, the Daily Mail newspaper ran the headline, “Never mind Brexit, who won Legs-It.”

Nicola reflected on the seriousness of this, asking what message are we sending our children, particularly young women, about how they are valued in society by constantly reducing women to clothes, shoes, and their bodies?

It prompted me to write this article, to look at how, for so many years, our society made it the norm to treat women like this. When and why did equality among the sexes become so imbalanced?

With the upsurge in allegations of sexual harassment and abuse of many females in the entertainment industry by Hollywood producer Harvey Weinstein, he responded to these allegations with the following statement, “I came of age in the 60s and 70s, when all the rules about behavior and workplaces were different. That was the culture then.”

After these allegations were made public, a number of actors came forward to discuss their experiences of the treatment of women in Hollywood. Most recently, in a controversial interview by PBS with actor Alec Baldwin, Jeffrey Brown asked him to explain what he meant when he recently revealed that he treated women in a “sexist way,” that he “bullied,” “overlooked,” and “underestimated” them.

He discussed how he was conditioned from his generation to understand that the person in charge was always a man. He gave examples of the president being a man, the head of studio being a man, and the director being a man… “And I was just conditioned to where, if a woman was contributing to the project or the process, we kind of go, okay, that’s great. Now let’s have the guy do the talking who’s in charge.”

He stated that he thinks all men unconsciously treat women differently than they treat other men: “You don’t mean to. You’re not sitting there going, well, this woman is less than me, her ideas are less valid, this person is less valuable to the process we’re doing. We just innately treat women differently, because men have typically been in charge…not that we diminish women. We elevate men over women. And I have certainly done that in my life. And that’s something I think needs to change.”

Many of the earliest civilizations throughout the world were considered to be predominately matriarchal.

It is assumed that they developed in Africa and spread throughout the world and some still exist today. They were considered egalitarian and agricultural societies. They looked at the earth as the mother and the sun as the father. They believed Father Sun protected and provided for Mother Earth, and that Mother Earth gave birth to, loved, and provided unconditionally to all living beings.

Matriarchies are believed to have ruled until approximately 2000 to 3000 B.C.E. when the onset of the Iron Age led to the development of the patriarchal societies, leading to the authority being giving to men and fathers.

In Western civilization this system is evidently ruling many of our organisations (e.g. political, medical, education, religion, entertainment). Author Jamake Highwater (1988) said that if human beliefs come from this underlying mythology (patriarchy), we can see how our culture is “ruled by the father.” Thus, female bodies and our organisations also follow male-orientated rules.

In her book Women’s Bodies Women’s Wisdom, Dr Christiane Northrup says that our current culture “habitually denies the insidious and pervasiveness of sex-related issues.” She reveals that whist working as a medical practitioner, she saw that abuse against women is “epidemic,” whether it is “subtle or overt.” (Northrup, 1994 p.5)

This is something we are now becoming more and more aware of with the revelations about the hidden abuse in the entertainment industry, which has inspired more women from all over the world to come forward and use the #metoo hashtag on social media.

Dr Northrup also discusses how “Western civilization is characterized by the belief that the intellect is superior to emotions, the mind and spirit are superior to and separate from the body and that masculinity is superior to femininity.” (Northrup, 1994 p.4)

This is interesting when we look at our current educational and learning systems.

Our brain’s left and right hemispheres have been labelled male and female for having masculine and feminine traits. For example, the left brain is often said to be more logical, analytical, and objective and is thus considered “male” (and includes school subjects such as math and science), whereas the right brain is said to be more intuitive, thoughtful, and subjective and hence “female” (including school subjects such as philosophy, art, and religion).

Our school systems tend to push people into left brain thinking, focusing only on facts, figures, and numbers, and memorizing and regurgitating info rather than questioning the validity. Again, this reveals that our culture regards masculine qualities as superior to feminine.

The Kali Yuga (also known as Age of Quarrels) is classified as being materialistic, leading to abundance in conflicts, wars, ignorance, unvirtuous, vice, vanity, lust, and power. When considering the events of the past 5,000 years, we can see how accurate this is.

This materialistic need for power by the patriarchy has not only has led to the suppression and exploitation of women, it has led to the exploitation and ongoing destruction of Mother Earth, who is the same as any other mother—a living, breathing, loving, giving entity.

Research is now showing that behavioural differences between the sexes are not hard-wired at birth but are the result of society’s expectations. This was discussed in an article by The Guardian in 2010, “Male and female ability differences down to socialisation, not genetics.” In this article, writer and feminist Joan Smith argued against the belief by many in society that women cannot read maps… “Very few women growing up in England in the late 18th century would have understood the principles of jurisprudence or navigation because they were denied access to them.” And an unfortunate example regarding how our society views men is that a large proportion of people believe that men are unable to empathise; it’s just not in their nature.

With these preconceived notions, what messages are we sending our children? Aren’t we forgetting that with neuroplasticity, the brain’s ability to create new neural pathways through learning, can lead to changes in behaviours and beliefs throughout our lifetime?

If we want things to change, we need to work not only on our internal state of being but also our collective state of being. When we choose to look at ourselves, we will recognise that things like racism, sexism, and jealously are products of our own internal struggles. If we do the work on ourselves, these negative behaviours will decline.

We need to raise girls and boys to feel good about themselves by helping them to work on their own inadequacies, allowing them to express themselves freely, and helping them recognise when they are projecting their issues onto others.

Similarly, if we want a society that treats women with respect and equality, we need to stop colluding with a media and culture that supports the repression of women and the suppression of the feminine in men, which is not only harming us but it is also harming Mother Earth.

When discussing the allegations against Harvey Weinstein, actor George Clooney said, “It’s time to believe women.” I think we need to develop this further by stating it is time to stop denying and start believing in the feminine. 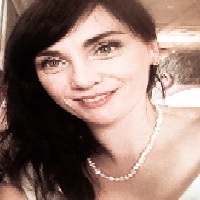